The Megamouth shark is a species of rare deep-water shark from the family of Megachasmidae. It grows up to 5 metres in length and is a filter feeder, alongside the whale shark and basking shark.

The megamouth shark is known for its large head, unusually large lips and oral cavity – which it swims with wide open, catching krill, plankton and jellyfish.

It is one of the rarest sharks in the world based on 117 specimens observed and documented. Out of this total, 55 were female and 36 male and 26 were of an unknown sex. The highest number were recorded in the Philippines and Japan.

It has a remarkable distribution globally in temperate and tropical waters that have mainly been reported from the Western Pacific Ocean: Taiwan, Philippines, and Japan and from the Indian or Atlantic Ocean. It has also been spotted in the southern region of the Eastern Pacific Ocean off the coast of Ecuador.

Megamouth sharks give birth to a small number of young. They soon become filter feeders.

Their size varies between 1.77-7.10 metres although the females tended to be significantly larger and more matured than the males as their size varied between 3.41-7.10 m.

Althought extremely rare, based on its wide range, and generally limited interactions with fisheries, its conservation status is classed as Least Concern by the IUCN in 2018. However, very little is really known about their status, as they are so rarely observed and studied.

1. The megamouth shark was discovered by accident

The megamouth shark was first discovered in 1976 entangled in cables by a US navy research vessel operating around Oahu, Hawaii.

A juvenile shark estimated to be 180cms in length was also discovered near the Negombo fisheries harbour in Sri Lanka, northern Indian Ocean.

More were found in the higher latitudes in the summer, so it is suggested that there are more seasonal latitudinal migrations. 1

2. Megamouth sharks are the only living species in their genus

They are unlike any other shark today, and the only living species in the genus Megachasma, which has two extinct megamouth species.

3. The megamouth shark is not luminous

The megamouth shark is believed to be luminous although no histological study has been performed to confirm this. It is thought that it has a bioluminescence white band which is reflective to attract prey or for social interaction.

Based on the studies carried out, it is likely that the luminescence is produced by the reflection of the denticles of the white band in contact with the bioluminescent planktonic prey during feeding time. It was initially though that it may be the organs (photophores) which are located inside a region inside of the mouth that was causing this type of luminescence. 2

4. The megamouth is the third biggest species of shark in the world

The whale sharks Rhincodon typus and basking sharks Cetorhinus maximus can be larger in size than the megamouth shark.

They exhibit deep sea gigantism, and one specimen found off the coast of Taiwan measure over 23 feet (7 meters). Megamouth sharks are gentle giants, and pose no threat to humans. 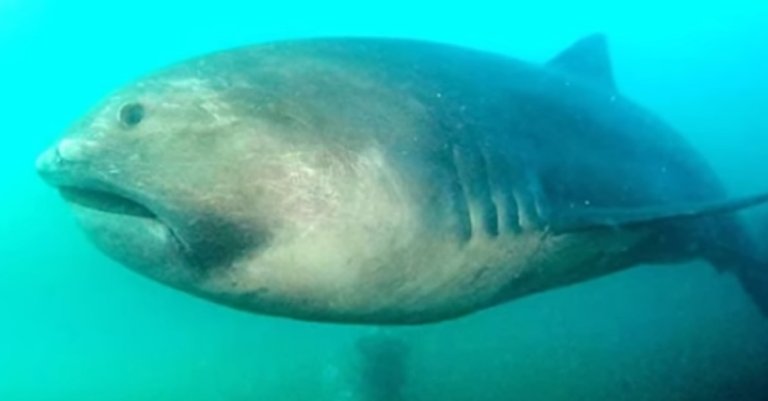 It is surprisingly weak as it does not have a very strong muscle structure.

It has soft fins and a restricted internal gill opening and the jaw morphology is not very well defined. 3

6. It likes variety in its diet

Studies show that it likes to feed on krill, copepods and gelatinous zooplankton.

7. It has an unusual way of eating

It filter feeds by swimming continuously through the schools of plankton whilst keeping its mouth open. It is then thought that it can create a pressure through suction by drawing in the water.

However, research suggests that it is more likely to be an engulfment feeder although they would need to be directly observed for their feeding behaviour. This could be researched using a new type of video camera with multi-sensor data loggers.

The megamouth has 50 rows of tiny teeth on each jaw, but only the first three rows appear to be functional.

8. It does not swim deep in the water during the night

It tends to stay in shallow water to approximately 12-25 metres in depth at night and in deeper water during the day at 120-166m.

This also depends on the location as they follow the zooplankton in the water which is at a deeper layer so that they can feed more often and be more efficient at it. 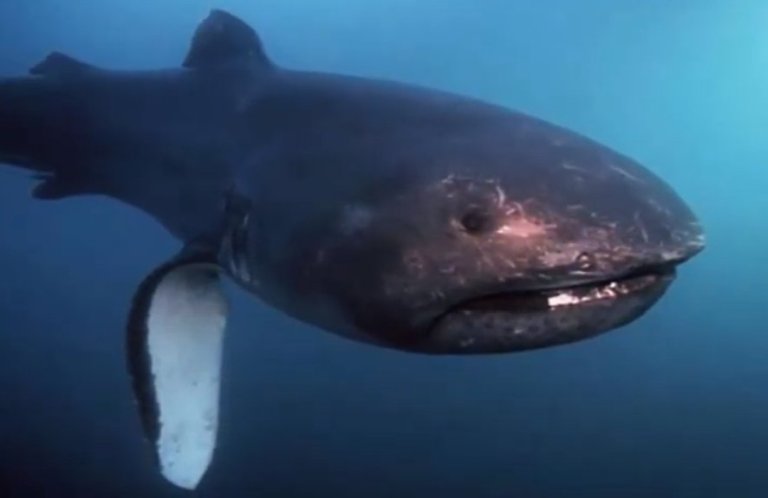 9. The megamouth shark is a slow swimmer

It can swim between 0.4–0.6 m s−1 which is slow according to the relationship between its body mass and its physiology. They are likely to be slow swimmers due to their weak body structure overall.

Their pectoral fins are smaller than their enlarged heads, and an asymmetrical caudal fin (the tail of the shark), it’s not a skilled swimmer. 4

10. They have been observed being attacked by sperm whales

The sperm whale is the largest of the toothed whales and appears to be a predator of the megamouth shark.

Researchers observed a sperm whale attacking a megamouth, and other specimens have marks and scars consistent with such attacks.

11. Often the sightings are from washed up or netted megamouth sharks

In the photo below, a 907kg megamouth was netted in Japan. It was almost five meters in length. 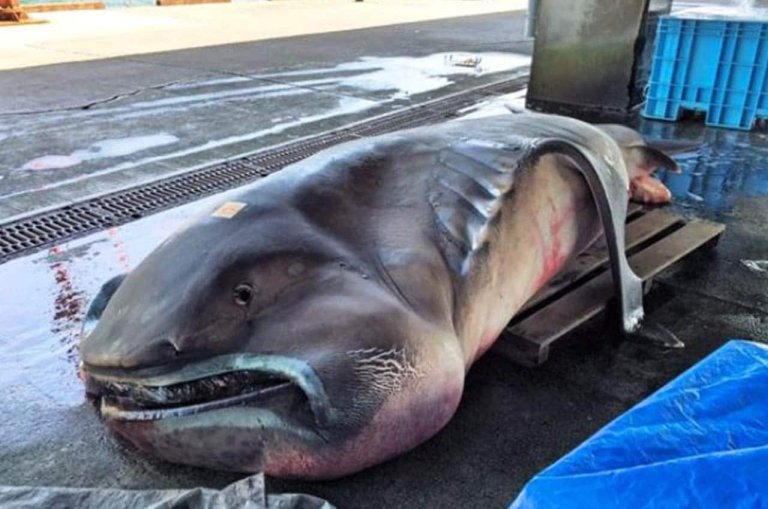 12. It is still a little known species

Studies have been conducted on the systematics, feeding ecology and swimming behaviour.

However, so much is unknown about the megamouth. Electronic tagging studies can be carried out to discover more about their morphology, anatomy, and behavioural ecology.