They are famous for their large size, weighing up to 360kg, and their often aggressive nature. 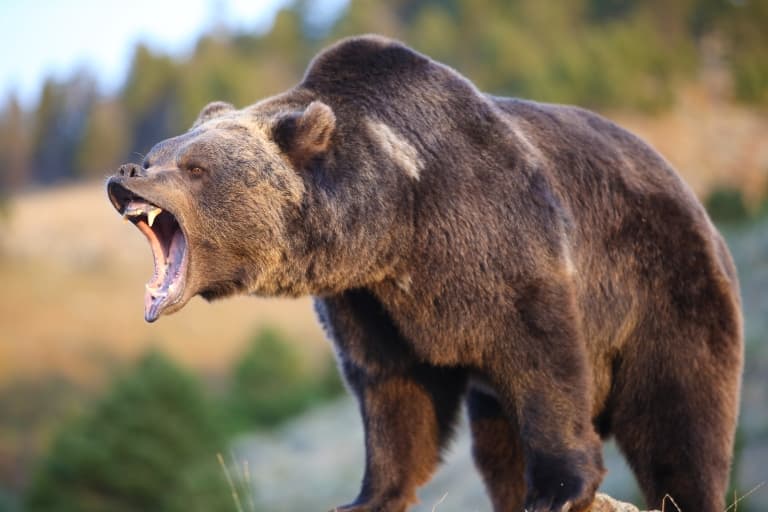 They are apex predators, hunting large prey such as caribou, but they are also very opportunistic. They will eat carrion (already dead animals), salmon, berries and even clams. Their strong front legs are adapted both for running fast to catch prey, and for digging and foraging.

They are primarily solitary, except for mothers with cubs. However, as many as 20 individuals can come together to hunt salmon that are moving upstream to spawn.

1. They are a subspecies of the brown bear.

Grizzly bears are considered a subspecies of the brown bear (Ursus arctos). The main difference between them is in diet and geography. Brown bears are mainly coastal with access to marine foods, whereas grizzlies live further inland. 1

2. They are called “grizzly” both for their fur and their nature.

Their hair is grizzled, meaning silver tipped. However, it is believed they originally got their name after the word “grisly” meaning gruesome or scary.

Their scientific classification ‘Ursus arctos horribilis‘ was also named after their ‘horrifying’ reputation by a natuaralist in 1815. 2

3. They are apex predators.

This means they are at the top of the food chain. They hunt large mammals, such as moose, caribou, and bison, using their speed and strength to catch them.

5. They come together to hunt salmon.

Every year grizzlies gather to fish for the salmon that are swimming upstream to spawn. As many as 20 can be seen in one spot, where they often catch salmon leaping out of the water with their paws.

Average length of grizzly bears is around 2 metres, with females weighing 130-180kg and males 180-360kg. However, some huge males grizzlies have been reported to stand as high as 3 metres (9.8 ft) and weighing up to 680kg!

7. They have a distinctive hump on their back.

This hump is actually a large muscle which controls their forearms. 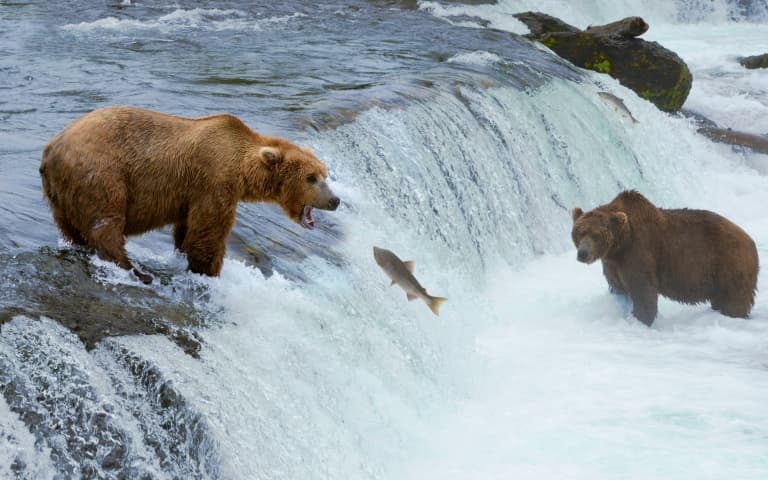 8. Grizzlies claws are as long as human fingers.

They are up to 4 inches long.

Despite their large size, they can move fast. The large hump on their shoulders powers their fast-moving front legs. This is why they tell you if you bump into a grizzly, don’t try and run from it! 3 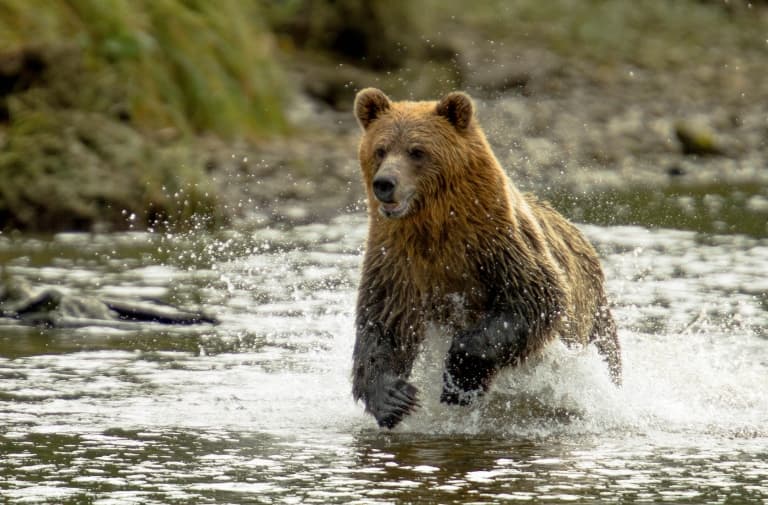 They’re well known for their hibernating habits. Bears will dig large dens which they curl up in to sleep for the coldest months of the year. However, bears in sunny California don’t hibernate as it’s not needed.

11. They give birth while hibernating.

Female grizzly bears give birth while hibernating. The grizzly cubs will stay in the den drinking milk until the end of winter. 4

12. They don’t become pregnant straight away.

Via a process of “delayed implantation”, embryos are stored until the mother has gained enough weight for hibernation.

13. They eat a lot of food before they hibernate.

They don’t eat while they’re hibernating, so they eat as much food as possible beforehand. Bears can gain as much as 180kg (400lb) in weight before going into hibernation. 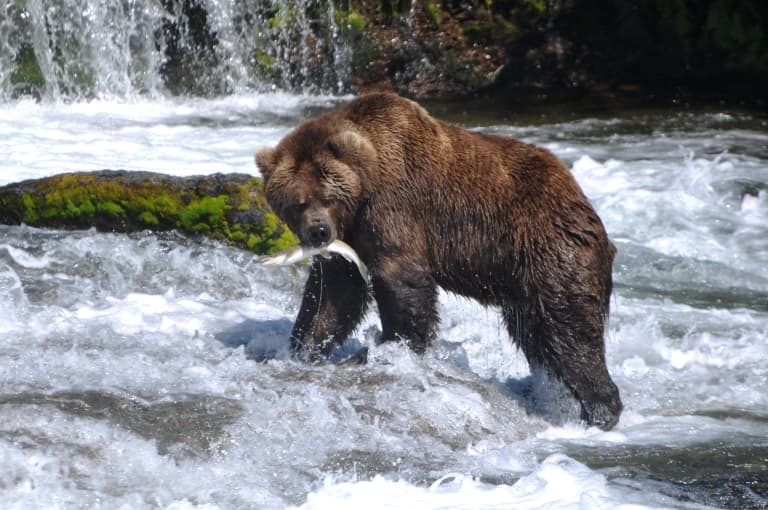 Throughout the whole of the 5-7 months they don’t go to the bathroom. They are actually able to turn excess urea (a component of urine) back into protein, meaning they actually gain muscle while hibernating.

Mothers with young cubs will be very protective of their young, including fighting off larger male bears.

A mother will keep her cubs with her for as many as three years.

Grizzlies in general range over large areas, as much as 1500 square km (~600 square miles). Males have large territories, which females roam through.

18. They are more dangerous to humans than sharks.

However, grizzly bears normally avoid contact with people and rarely actively hunt humans. Many of these attacks occur when people accidentally stumble upon mother bears with cubs.

The rise in attacks is thought to be due to growing human use of grizzly bear habitat, and ‘problem bears’ who have associated humans with having potential ‘food’ near to them. 5

19. Grizzlies and wolves are competitors.

In places where the two overlap, like Yellowstone Park, they often compete fiercely over food.

20. They are a conservation success story.

Human expansion into grizzly habitat led to huge numbers in their decline, however after they were declared protected by the law in the USA, their numbers have bounced back. 6