Orcas (Orcinus orca), often called Killer Whales, are actually the worlds biggest dolphins and are members of the Delphinidae family which also includes species such as Bottlenose Dolphins and Pilot Whales.

They inhabit most of the world’s oceans, ranging from the equator to the polar regions. It’s thought they got the misnomer “Killer Whale” from sailors who saw them hunting whales. 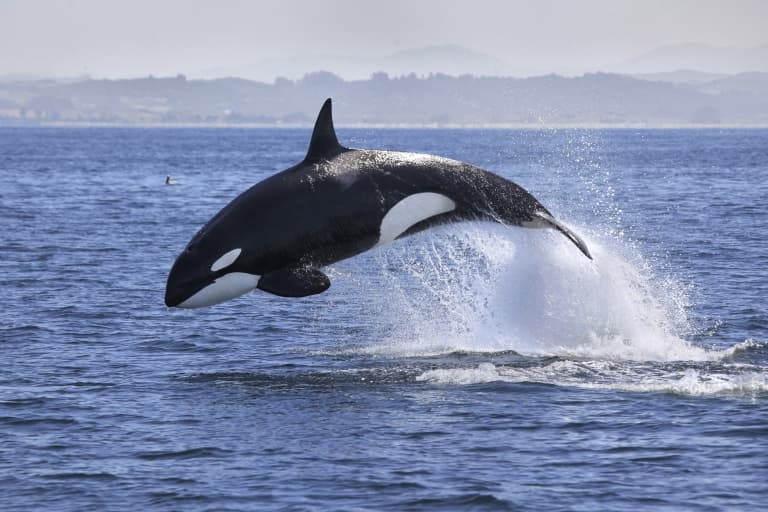 While they are still currently categorised as one species, scientists are now beginning to recognise that there are multiple types of Orca, which are likely sub-species or even different species all together.

Orcas are aquatic mammals (cetaceans), so they are warm-blooded and breath air. They are apex predators, meaning they are at the top of the food chain, and they often hunt marine mammals (seals, sealions etc), fish and penguins.

They have complex social structures, some form pods composed mainly of matrilineal (descended from the mother) lines which will contain several generations of family members. Others form smaller transient groups which usually involves a mother and 2 offspring. And then there are roving males, who never become part of a pod.

Orcas are highly intelligent, can communicate, have complex hunting techniques and even culture.

Despite the common misnomer of “killer whale”, they are in fact members of the Delphinidae family which are oceanic dolphins.

It’s thought that sailors who saw orcas hunting whales called them “whale killers” which changed into “killer whales” over time.

While they’re not whales, they are killers and well known as extremely intelligent hunters. They often work together, in pods of as many as 40 members, to hunt marine mammals much larger than themselves (including whales).

They’ve evolved a number of hunting tactics, as you can see in the incredible video below.

3. There might be more than one species of killer whale.

Although for a long time Orcas were considered one species, this is now being questioned.

There are several populations of orcas with specific traits, and it’s being debated whether these are subspecies or separate species.

4. They can live as long as humans.

5. You find them everywhere.

They can be found in oceans all over the world. They are some of the most widely distributed mammals in the world, competing only with humans and rats. 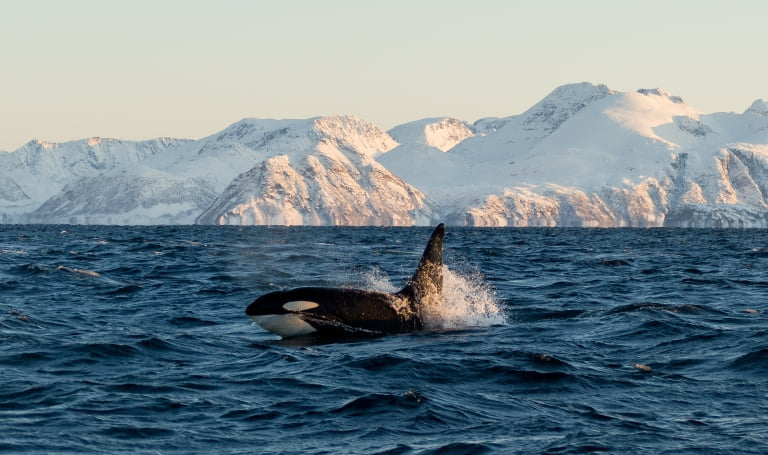 This means that they are at the top of the food chain, and nothing else hunts them. Without the pressure of having to defend themselves from predators, they’ve been free to evolve into incredible predators. 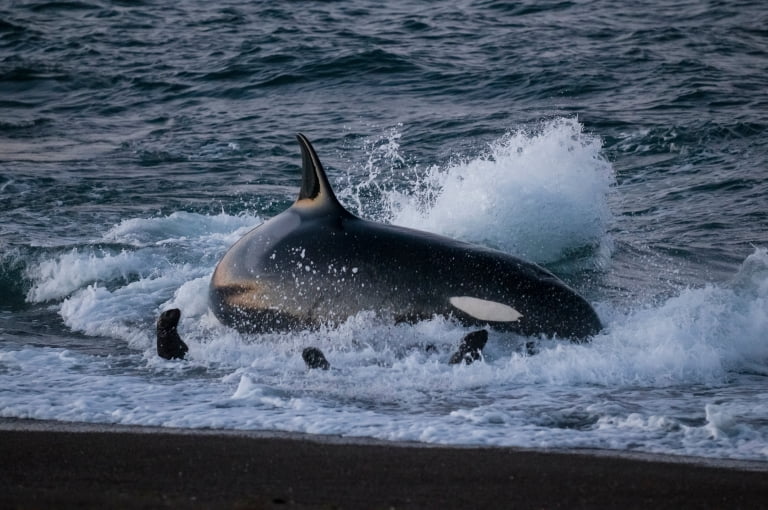 Like many cetaceans, they are able to use their clicking noises like sonar. One study showed that orcas are so good at echolocation that they able to identify their favourite type of salmon.

They don’t have smelling organs, or even the part of the brain dedicated to this sense, so we’re fairly sure they can’t smell.

9. They are some of the fastest swimming marine mammals.

10. They sleep with one half of their brain at a time.

As orcas have to come up to the surface to breath, they can’t fully sleep. So, they sleep with just one half of the brain, leaving one eye open as well.

When the right side of the brain is asleep, the left eye is open and vice versa.

11. They go through menopause.

There are only 3 species on the planet that go through menopause, humans, short-finned pilot whales and Orcas.

Orcas have huge brains, the second biggest of all marine mammals in fact. But, in terms of measuring intelligence, it’s the ratio of brain to body that’s important, which for an orca is similar to that of a chimpanzee.

They have their own language, excellent memories, they teach each other hunting skills and they form tight-knit social groups. 1

13. They have complex social lives.

They are famous for the complexity of their social lives. Some orcas stay their entire lives in pods in which all members are related to a matrilineal line.

14. They communicate and have dialects.

15. They even learn the languages of other species!

A study found that Orcas can learn to speak “dolphin”. Orcas which spent time with bottlenose dolphins started to make more clicking sounds, replicating those of the dolphins. 3

Different groups have specific skills, such as hunting techniques or dialects, which they teach to their young. These skills will stay within specific groups of Orcas for generations.

One researcher even said that the only species more “cultural” than Orcas are humans. 4

17. They recognise themselves in mirrors.

The mirror recognition test is a famous animal behaviour test use to figure out if animals are able to recognise themselves, and therefore if they are self-aware.

Orcas are one of a very few animals that have passed this test, with other animals including the Great Apes (chimpanzees, orangutans etc), Asian Elephants and Magpies. 5

Orcas have been known to hunt Great White Sharks. They even know that great white sharks rely on their livers for buoyancy and will remove a shark’s liver with almost surgical precision.

Great White Sharks are so scared of Orcas that when they sense them moving into an area, they run for the hills. 6

19. There are incredible stories of Orcas hunting with humans.

There are historic accounts of the indigenous Kamchadel, in now eastern Russia, co-operatively hunting with Orcas.

The Orcas would help herd injured whales towards humans who would then share the meat with the Orcas. 7