Potoos are neotropical birds of the family Nyctibiidae. There are 7 species of potoos and all of them are famous for their incredible camouflage skills.

They are often seen in memes due to their slightly goofy-come-creepy looks, with enormous googly yellow eyes, as well as their amusing name (often mistakenly spelt ‘pooto‘).

Potoos are insectivorous, nocturnal and related to nightjars and frogmouths. They can be found in every central and south American country, on Caribbean islands and have the greatest diversity in the Amazon, which holds five of the seven species.

During the day, they perch almost completely still with their eyes closed on the ends of dead branches or tree stumps. This behaviour combined with their tree-like plumage makes them so well camouflaged that it is almost impossible to spot them.

At night, they are excellently evolved for hunting flying insects. Their large eyes combined with huge mouths allow them to swoop down from their perches and grab beetles, moths, termites and more.

While some animals focus on defence techniques, these birds instead have become talented at hiding. They perch at the top of a dead branch usually, where they position themselves at a sharp angle and stay completely still, with their eyes closed.

The Great potoo below even points its beak upwards, making itself look even more like a branch. 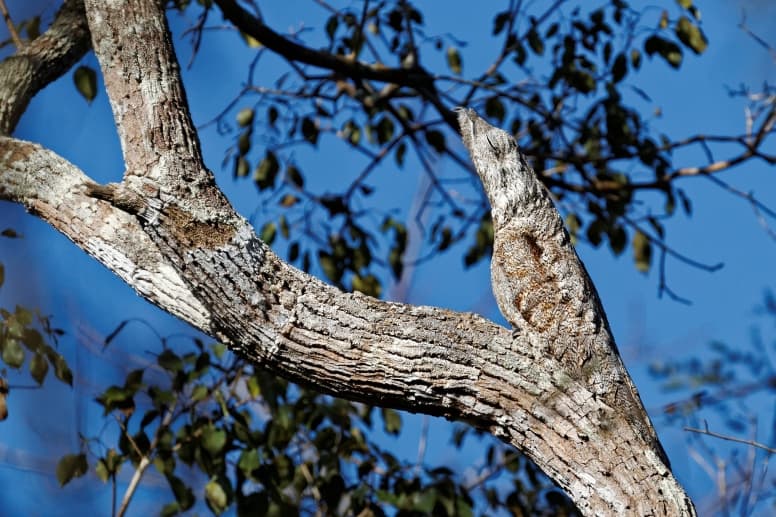 Potoos will stay in this position all day, barely moving, and almost invisible. 1

2. They can see you even with their eyes closed.

They have “magic eyes”, which are small folds along the upper eyelids that allow them to sense movement with their eyes closed. This means that from their camouflaged positions during the day, they can still watch for predators.

In the same way that humpback whales have huge mouths to catch as many krill as possible, these birds’ huge mouths allow them to scoop up lots of flying insects.

4. They have equally huge eyes.

As night-time hunters, their huge eyes mean they have excellent night vision allowing them to spot insects from their perch. They also add to the dorky look that has made them so popular in memes. 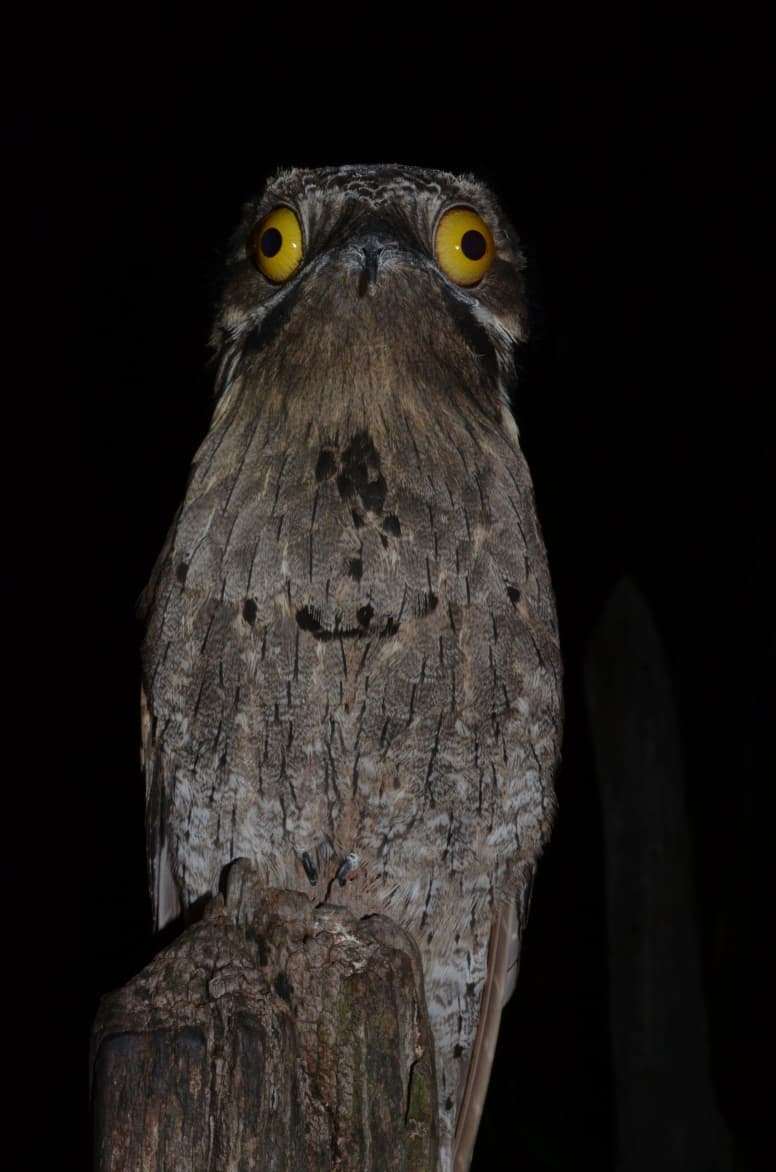 5. Potoo lay a single egg in the top of broken branches.

They lay a single egg in the same place they perch for camouflage during the day, usually in the hollowed-out top of a broken branch. They add no materials to the nest, making it harder to spot.

They are also meticulously clean, removing all of the chick’s poop from the nest making it hard for predators to find them by smell. 2

From a young age, nesting potoos imitate their parents, standing in camouflaged positions next to their parents, as can be seen in the adorable photo below. 3 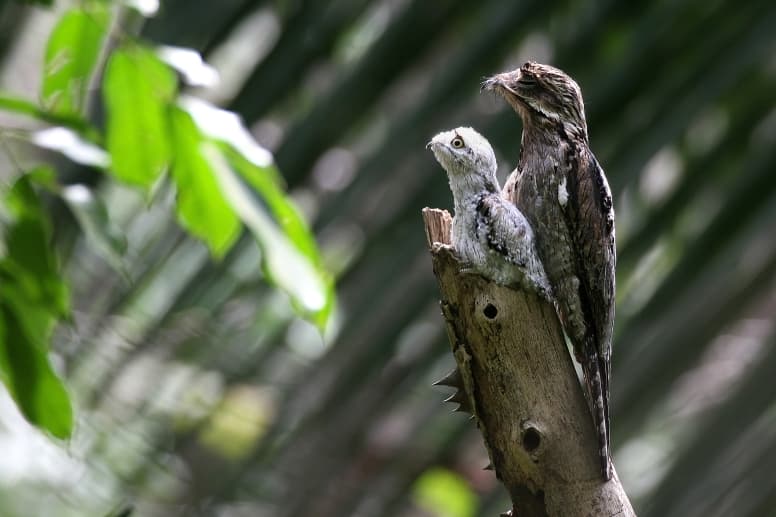 7. Potoo have strange and wonderful calls.

Across Nyctibiidae there is a wide range of weird and wonderful of calls, all of which are likely to disturb new night-time wanderers of the neotropics.

The Common Potoo (Nyctibius griseus) has earned itself the local name of “Ayaymama”, after it’s long and mournful call “ayyyyyy ayyyyy maaaaa maaaa”. While the Great Potoo has terrifying moaning howl.

8. Their eery night-time calls make them a subject of many myths.

The Common Potoos eerie call of “aaaaaay aaaaay maaaaa maaaaa” has led to the Amazonian version of Hansel and Gretel. Two children, abandoned in the forest by parents to poor to feed them, eventually turn into birds. They are eternally calling out “mama” to the mother that left them.

While in Ecuador there is an equally sad story of two lovers separated, one becomes the moon and the other a potoo. The potoo is eternally calling out to the lover it can never reach, the moon.

9. The adorable Rufous Potoo is the smallest of the potoos.

The Rufous Potoo (Nyctibius bracteatus) is the smallest potoo, weighing in at around 50g. Its tactic is to pretend to be dead leaves. It even rocks back and forth slightly so that it resembles a leaf moving in the wind. 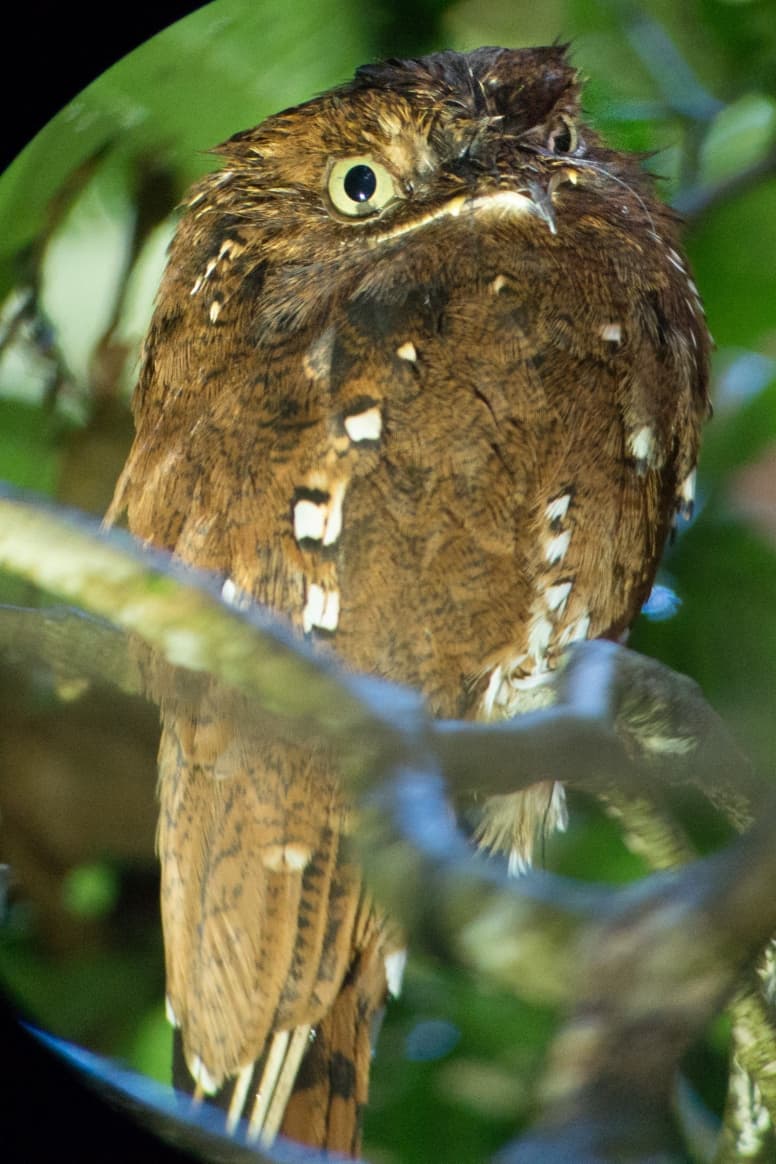 An extensive study showed that potoos have taken to hiding on human things, like plastic bottles. This is an interesting side effect of humans continuing spread into wild habitats. 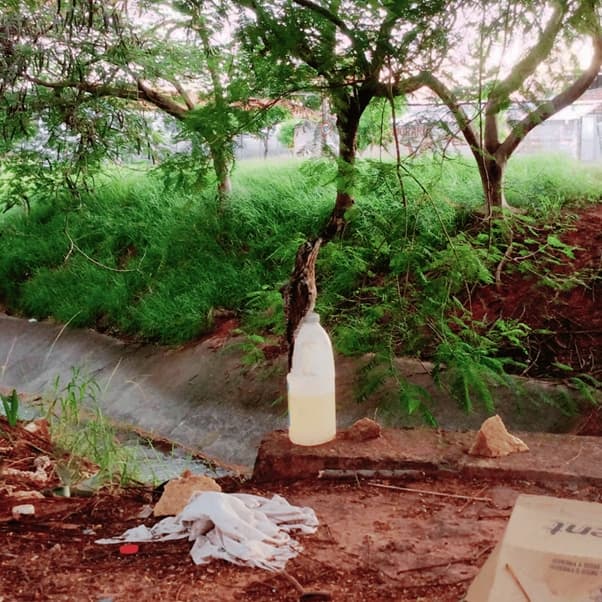