There’s something lurking beneath – way below the surface, and it’s the Greenland shark. These rare sharks don’t often make contact with humans, but what we’ve been able to learn about them is fascinating.

They are sometimes known as the gurry shark, grey shark or sleeper shark. They habitat deep ocean waters in the North Atlantic and Arctic. They have the longest known lifespan of all vertebrate animals. 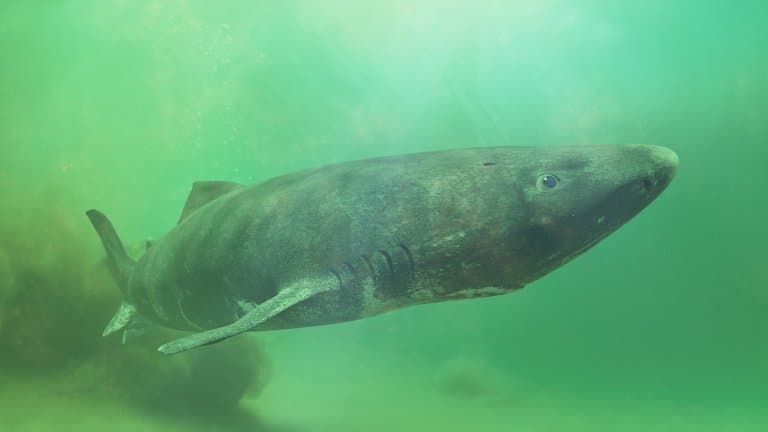 They are rarely observed and the first underwater photo of a greenland shark was in 1995 in the Artic. It took until 2003 to get the first video of the elusive and rather mysterious shark swimming in its natural environment.

The Greenland shark is a scavenger that is known for preying on some of the strangest animals. However, sometimes, they’ll also hunt their prey all on their own – they have been observed hunting seals in Canada. However, due to their slow speeds and often less than perfect eyesight, their prey is usually sleeping.

Greenland sharks migrate, but actually by depth and temperature rather than location – they prefer colder water and will stay in Artic waters between -1 to 10C all year round. During the winter they will migrate to the shallows, and dive as deep as 2,200m in the summer where it’s cooler.

From their impossibly long lifespans to their extravagant sizes, these amazing facts about the Greenland shark are endless – and now we’re sharing them with you.

1. They have the longest lifespan of almost all species

Greenland sharks are one of the longest living species in the world, and they are the longest living vertebrate. While we’ve yet to confirm just how long these deep-sea sharks can live, we’ve found records of sharks older than 200 years old. Many scientists estimate that can live up to 500 years, but who’s to say that’s the limit?

One Greenland shark to have recently washed up onto a beach in the United Kingdom was decided to have been at least 100 years old – and scientists are calling it a juvenile! We also have records of Greenland sharks that lived at the same time as the kings and queens of late medieval and early Victorian history. 1 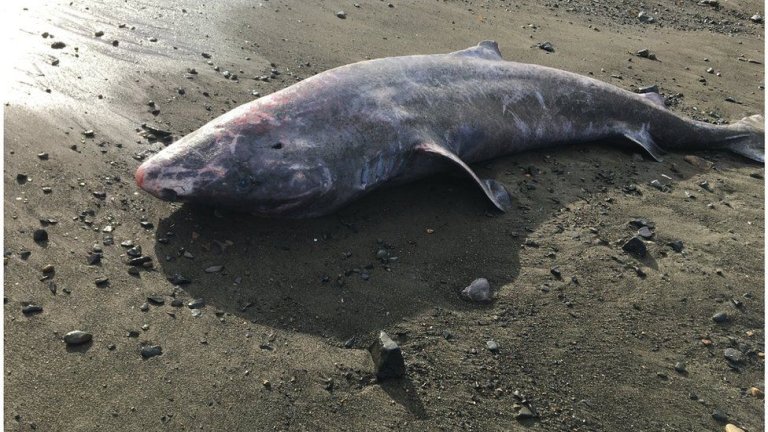 2. Their meat is toxic

This is one fish that you won’t want to make into sushi.

Due to the large amounts of chemicals in their body that act like anti-freeze and prevent ice crystals forming in the body, the meat of the Greenland shark is toxic to eat. Ingestion can cause anything from illness to even more severe and fatal side effects.

3. The Greenland shark is one of the largest sharks

On top of being the longest living shark, the Greenland shark is also one of the largest sharks. They rival the Great White Shark in terms of size, measuring up to 7m in length.

Females of this species tend to be larger than males, and, at their largest, they’re nearly the same length as a London bus!

4. Their prey is usually sleeping

The Greenland shark is mostly a scavenger, but there are occasions where they will hunt. And, while their prey can vary between species, one thing stays the same: they’re usually sleeping.

This is helpful as the Greenland shark isn’t exactly designed to be a top predator. Hunting sleeping prey gives them an advantage they may not otherwise have. This especially true given their top speed is less than the average human’s walking speed.

They have also been reported to silently stalk seals in low visiblity water, allowing the shark to rely on a seals scent to ambush their prey.

5. Scientists have found some of the strangest prey in their stomachs

While the Greenland shark has a pretty defined diet of squid, fish, and seals, that hasn’t stopped scientists from finding some of the strangest prey in their stomachs. Polar bears, moose, reindeer – these are the strange and usually prey that some Greenland sharks have feasted on!

However, this doesn’t necessarily mean that the Greenland shark killed these animals. Just like their slow speed often results in them hunting sleeping prey, these large sharks are also known to scavenge for remains, much like a vulture or coyote does. 2

6. They don’t pose a threat to humans

Hearing about a shark that eats polar bears can be scary. However, thankfully, we don’t need to worry about the Greenland shark every posing a threat to us. In fact, there’s only been a single recorded instance of a run-in between Greenland sharks and humans, and it’s still yet to be proven that the Greenland shark attacked rather than just scavenged remains.

Although, that’s not to say it couldn’t happen.

You see, the number one reason that we don’t need to worry about ending up on the Greenland shark’s menu is that we don’t usually share a space with them. Unlike other sharks, the Greenland shark is only found in the coldest waters of the North Atlantic and Arctic Oceans – two areas you’ll never find the average human swimming. They’re also unlikely to attack boats and ships.

The only time we need to worry about Greenland shark related injuries is from meat that hasn’t been properly prepared to reduce toxicity.

Most of the rare fish in the sea are born blind.

This is because they tend to live in the depths of the ocean where there’s not enough light to see anyway. However, this isn’t the case for the Greenland shark. You see, the other rare fish are born blind. The Greenland shark becomes blind.

The Greenland shark has small eyes that are vulnerable to parasites. The most common are copepods, which attach to the sharks’ cornea and obscure their vision.

While they still maintain some sight, such as patterns of dark and light, an infested Greenland shark doesn’t have much use for their eyes. Thankfully, they have an amazing sense of smell to help guide them to their next feast. 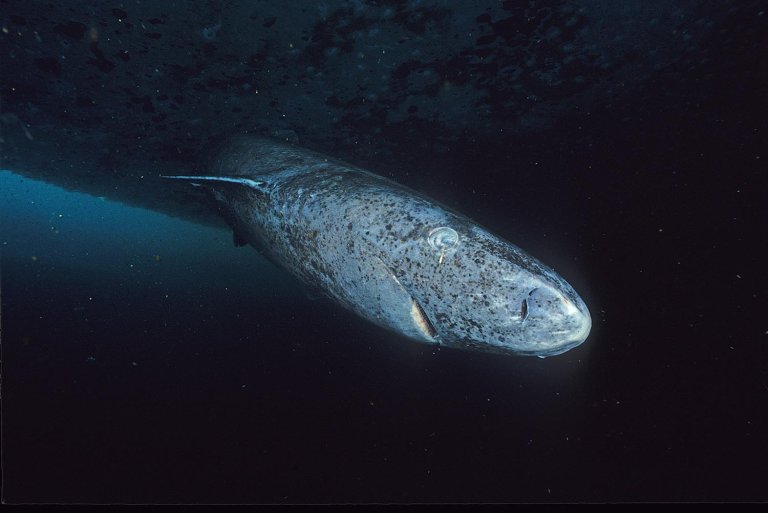 8. They are subject to an Inuit legend called ‘Skalugsuak’, the first Greenland shark

The legend says an old woman washed her hair in urine (to kill head lice, a practice common many years ago) and dried with a cloth. The cloth blew into the ocean to become ‘Skalugsuak’.

9. Their conservation status is ‘vulnerable’.

They are susceptible to overfishing (as a by-catch, accidentally caught in nets) and likely affected by climate change affecting the Artic sea ice, which means there is growing concern over their sustainability.

Some researchers believe the Greenland shark’s extreme life span makes it so unique that there is a case for giving it a special conservation status.