The basking shark is known for its giant mouth and gills. They have also been called elephant sharks due to the appearance of their snouts. Cetorhinus maximus, in Greek, means “great-nosed sea monster”.

Even though they are the second-largest fish on Earth (after the whale shark), basking sharks are harmless to humans. They are truly gentle giants and feed on plankton. 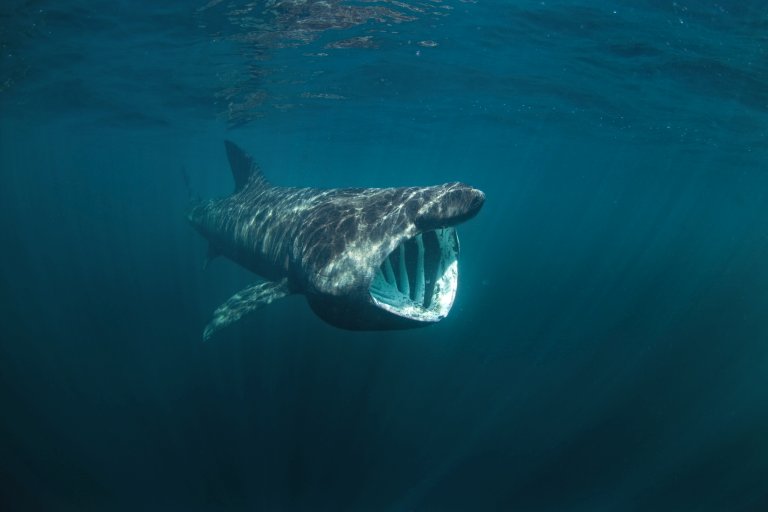 They are one of the three living filter feeding shark species that consume plankton, alongside the whale shark and the megamouth shark. The name “basking shark” was inspired by the shark’s tendency to swim near the surface in search of food. They have also been called sail-fish and sun-fish.

They are found worldwide in warm-temperate waters, where it follows plankton populations and migrates with the seasons.

They are large slow moving creatures, that are usually solitary, but do sometimes swim in pairs and can group together in large numbers of up to 100 individuals in summer months around concentrations of zooplankton.

Due to overfishing and habitat destruction, basking sharks are currently endangered.

They were commonly hunted for their liver oil which can be incorporated into cosmetics and perfumes, as well as for their fins to be used in shark fin soup.

1. It has an impressive collection of teeth

Basking sharks house approximately 1,500 tiny teeth in their colossal mouths. Their upper jaws have six rows of teeth while the bottom contains nine.

They aren’t needed when they suck in tiny zooplankton without chewing! 1

2.  Their mouths can stretch almost 1 metre across

To maximize filtration, basking sharks have mouths that can measure almost 1 metre (3 feet) across and they swim with them wide open!

Thankfully, their throats are much smaller, and thus, humans never have to worry about being swallowed. 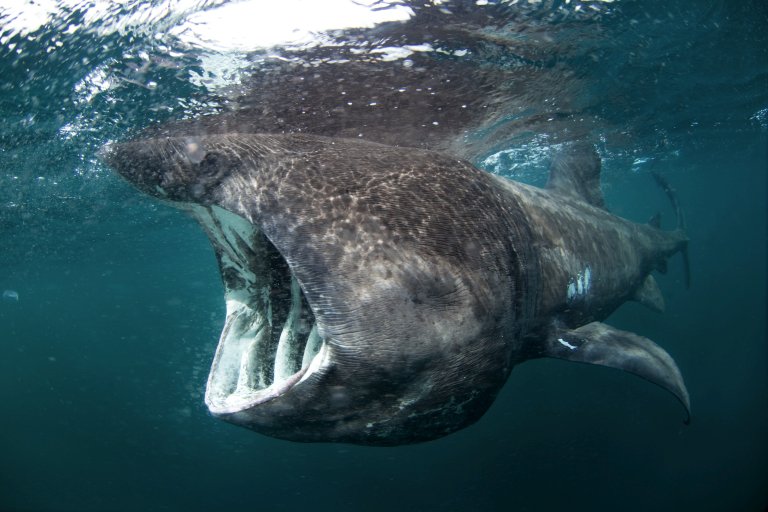 3. Thousands of gallons of water filter through their gills per hour

To feed, basking sharks filter nearly 2,000 gallons (6,000 litres) of water through their gills each hour.

They isolate small organisms, such as zooplankton and small crustaceans, from ocean water and push them into their mouths. Filtration is driven by the forward motion of the shark through the water. 2

4. They are expert divers

They are able to withstand great pressures and have been found at depths of over 3,000 feet.

They usually stay near the surface during the summer months and, in the winter, dive to deeper levels. These differences in diving are believed to be attributed to changes in food densities within the ocean over the year.

5. Little is known about their reproduction

Despite their size, not much is known regarding the reproductive behaviors of basking sharks.

Females are thought to have gestation periods between 2-3 years, after which, live pups are given birth to.

Pregnant basking sharks are rarely sighted, leading researchers to suspect a tendency of sharks to keep to themselves when gestating.

Like great white sharks, basking sharks can breach—meaning they can propel themselves out of the water. They are the largest type of shark to be able to do so.

It has been suggested that the act of breaching requires 32 times more energy than normal swimming.

These denticles help to minimize drag, allowing sharks to glide through the water much more smoothly.

When waters become warmer in the spring and summer, basking sharks will migrate to coastal waters near Scotland and northeastern Canada.

In the winter, they will travel out to deeper waters. 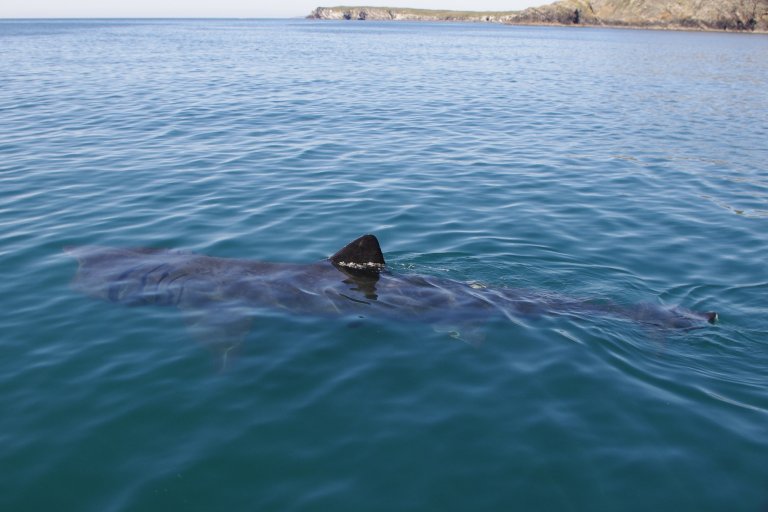 On average, male basking sharks mature after 12 to 16 years. Females, on the other hand, do not reach full maturity until approximately 20 years of age.

10. Their fins are extraordinarily valuable

Almost all countries have banned the fishing of basking sharks, with the exception of Japan and China. In certain areas, shark fin soup is unfortunately still considered to be a delicacy.

This demand has fueled the continuation of fishing practices despite dwindling shark populations. A fresh pair of fins can be sold for thousands of dollars. 3 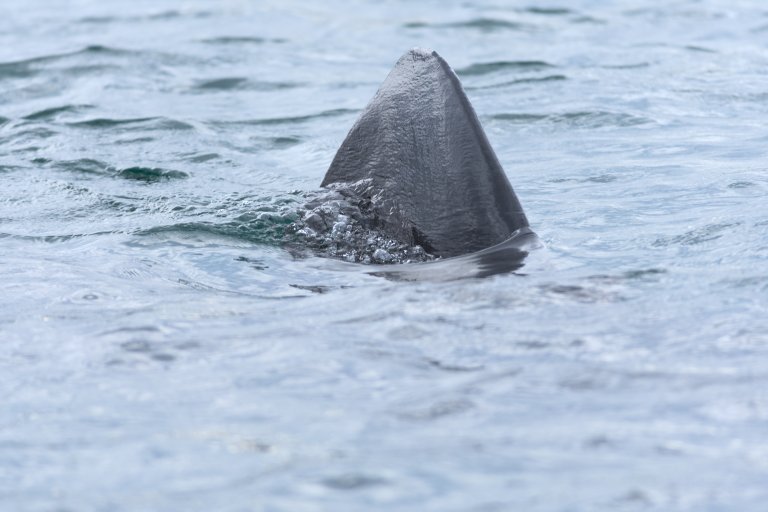 11.  A basking shark was responsible for the only shark-induced death in the UK

In 1937, a basking shark caused a boat carrying three passengers to capsize. Unfortunately, all three died as a result of the incident.

12.  Despite their size, they do have a fish predator

The killer whale – who will even attack the largest animal that has ever lived, the blue whale.

Killer whales have been observed feeding on basking sharks off the coast of Califonia and in New Zealand.

13.  There are not many left on the planet

As an endangered species, it has been estimated that there are only about 10,000 basking sharks left.

Due to their long gestation periods and slow movements, saving basking shark populations has been a challenge for many conservation groups.