Capybaras (Hydrochoerus hydrochaeris) are the worlds largest rodent. They are well known for looking like giant guinea pigs.

They are from South America, where they live both in dense forests and savannas, typically near bodies of water. They are well known inhabitants of the Amazon, where they can be spotted on river edges. 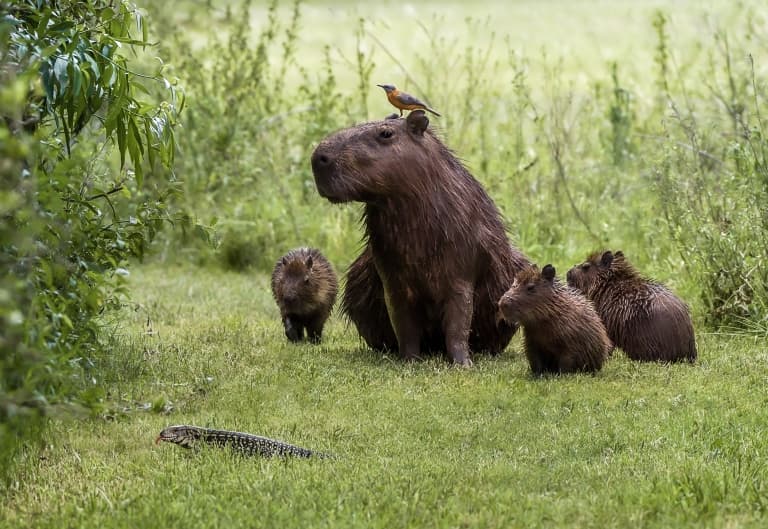 They are herbivores, munching on grasses and aquatic plants, fruit and tree bark.

They are semi-aquatic and are well-adapted for both land and water. They have webbed toes and fast drying fur, but they can also run at 35km/h on land.

They are highly social, with groups potentially as big as 100 members, however the average group size is 10-20 individuals. They live for 8-10 years.

1. They are the world’s biggest rodent.

Seeing them in the wild you might be shocked at first because they look like giant guinea pigs, which are in fact one of their closest relatives. They belong to the Cavy family (Caviidae) which contains 14 rodent species native to South America. 1

3. They are semi-aquatic mammals.

They live in and around lakes, rivers, swamps, and tropical rivers. They are excellent at swimming and can hold their breath for 5 minutes at a time. They are well adapted for this, with partially webbed toes for swimming. Also, their eyes, ears and nose are high on their heads to watch out for predators when they are underwater. 2 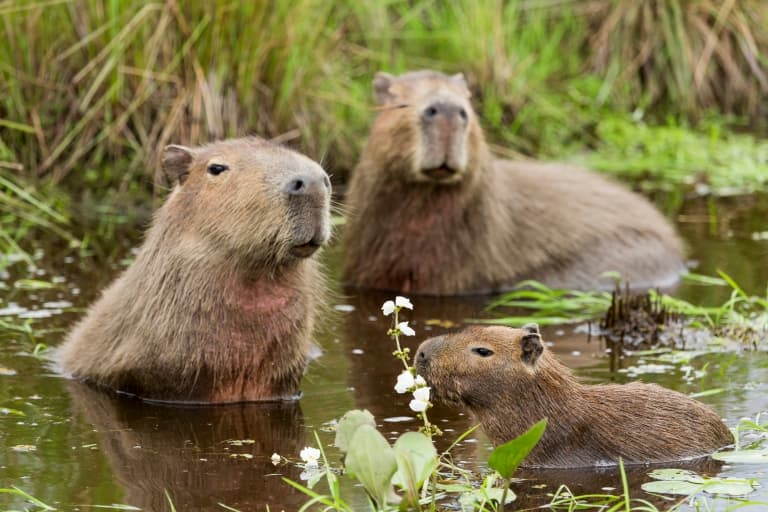 4. Capybara can sleep in water.

They will submerge themselves underwater for a nap, leaving their noses out on the edges of riverbanks so they can breathe.

They are also extremely agile, which helps them run away from predators.

This is a common feature of rodents, as constantly chewing on plants grinds down teeth. Capybaras teeth continually grow throughout their lives to replace what they lose.

They will tend to focus all their efforts on one species of grass, avoiding any other species around it. 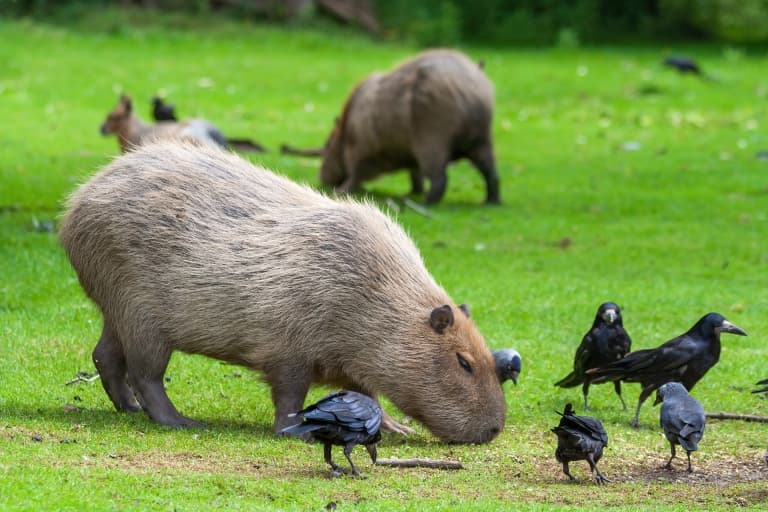 Like humans, they are unable to produce their own vitamin c, so they have to consume enough of it in their diet. Capybara’s bred in captivity have been known to get scurvy due to insufficient diets. 3

9. Capybara eat their own poop.

This is called being autocoprophagous. They do this as their faeces contains bacteria which helps them to digest cellulose in plant matter.

10. Other animals love sitting on them.

Capybaras are so chill about other animals sitting on them, that they’ve been called “moving chairs”. Birds, rabbits and even monkeys have been spotted taking a ride. 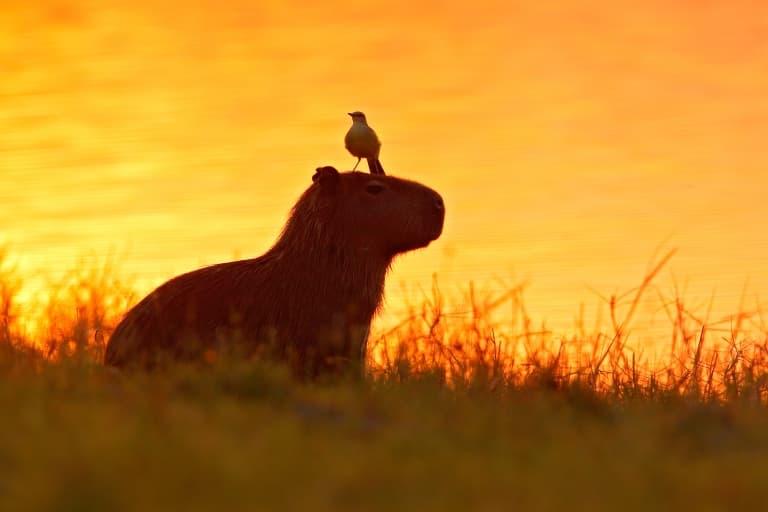 This is often reciprocal, as birds will eat pests in the capybaras fur.

11. They are eaten by the jungle’s biggest predators.

Jaguars, ocelots, pumas, caimans, and anacondas all love to eat capybaras. Check out this incredible footage of a green anaconda hunting a capybara!

12.  In some places Capybara are threatened.

In some areas they are hunted for their meat and skin, leading to entire local populations being eradicated. However, their population as a whole is thought to be stable.

13. They are occasionally kept as pets.

Capybaras are sometimes kept as pets in the United States, although it’s illegal in some states. However capybara are social creatures, and shouldn’t be kept alone. 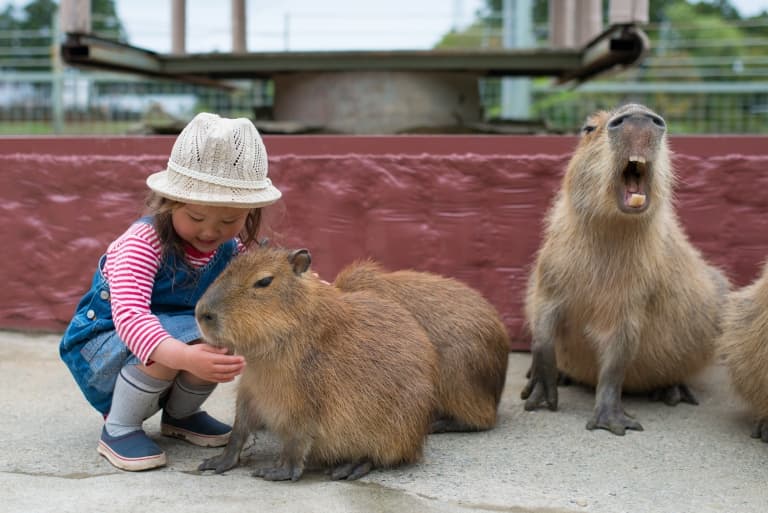