The tenrec is a small mammal endemic (found natively only in one area) to Madagascar. They are nocturnal omnivores and enjoy a variety of plants, insects, and eggs.

The word tenrec comes Malagasy word tàndraka, which is related to the Malay word landak “porcupine”. 1 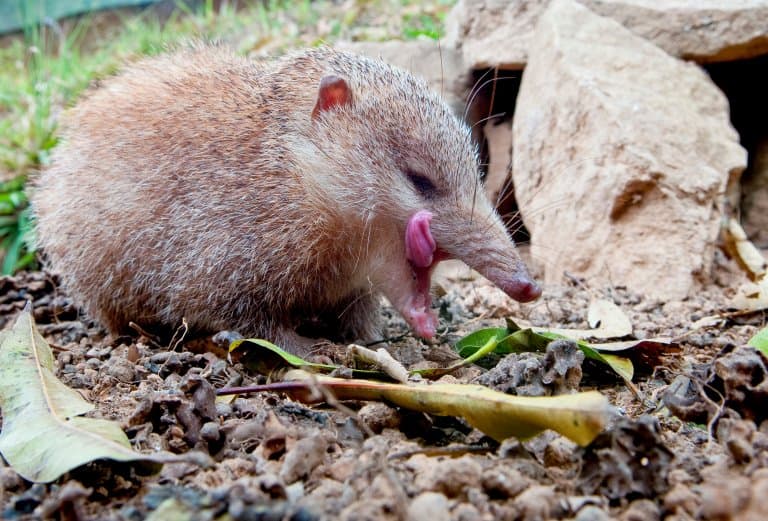 The name tenrec refers to any species in the family Tenrecidae. These small mammals are endemic to the island of Madagascar.

Despite all being in the same family, tenrecs are a diverse animal with a variety of differences. And, because of convergent evolution that has led different tenrec specimen to evolve at the same time as other small mammals, they often resemble everything from hedgehogs to shrews to rats. They can even resemble marsupials like the opossum!

Just as they can have various appearance, the tenrec can also be found in a variety of habitats, including different types of forests. However, they are most common in humid forests.

Unlike some other species, there are no names to differentiate between male, female, and infant tenrecs. Instead, they are referred to only as such (i.e., “female tenrec”, “tenrec baby). Some may call baby tenrecs youngsters.

There are 31 species total included in the tenrec family, each found only on Madagascar or the surrounding islands. Tenrecs are pregnant for around two months, and their babies are nearly fully dependent on their mother for their first month, much like some species of marsupials.

Despite looking like a variety of other small mammals, like opossums and hedgehogs, tenrecs actually aren’t closely related to them. Instead, these similarities come from convergent evolution, which means two animals evolved the same features at the same time despite being different species.

The tenrec is most closely related to the golden mole. However, as part of the Afrotheria group, they’re also related to elephants and sea cows. 3 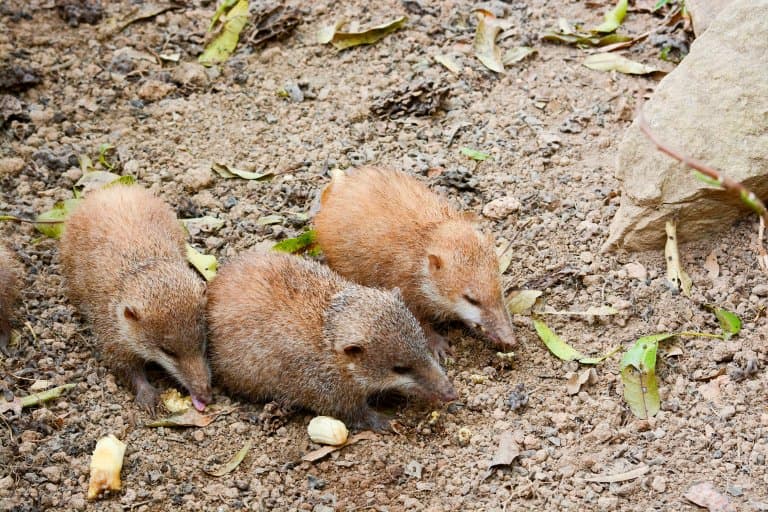 2. Some species of tenrec can swim

One of the species in Eastern Madagascar, known as the web-footed tenrec, is known for being a skilled swimmer. They’re nocturnal like other tenrec species, and they’ll spend their nights in streams around the island. Here, they snack on a variety of water animals, including tadpoles.

3. They can roll into balls for protection

One of the most fascinating facts about the tenrec is how they can contort their bodies to protect themselves if predators were to appear.

While they aren’t closely related to porcupines, hedgehogs, or armadillos, the tenrec is able to roll into a ball to protect its internal organs, which can easily be damaged due to their soft stomachs. They also have a rough backside, which makes them unappealing to hungry predators.

However, they won’t sleep in these balls. Instead, the tenrec makes its home in cavities and hollows in the trees of the forests where they live. They can also be found in underground burrows or similar safe, private areas.

4. The smallest tenrec weighs the same as half of a poker chip

The smallest tenrec weighs less than 5 grams. That makes them the same weight as half of a poker chip! If you’ve never held a poker chip, 5 grams is also comparable to a sheet of paper. 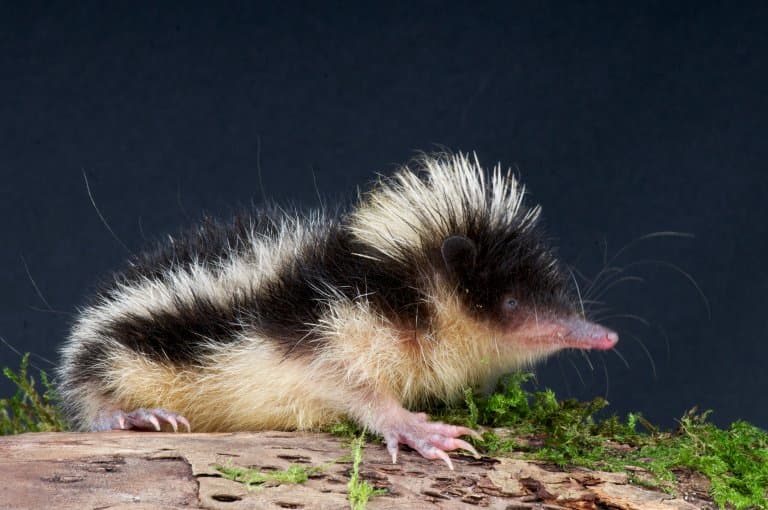 Like porcupines, some species of tenrec have a backside full of sharp and dangerous quills.

This helps when they curl into a ball, as predators will only be able to reach these sharp points rather than the tenrec itself. These quills can grow to be around 17 mm long. 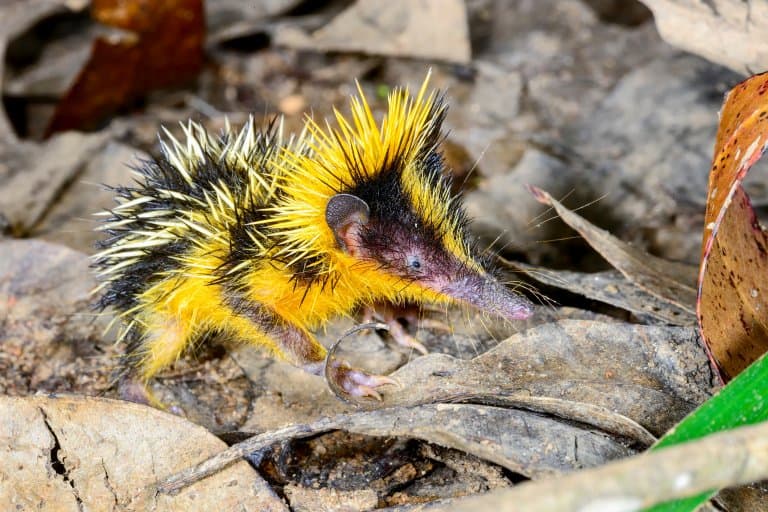 While it’s not common, some people can and do eat tenrecs!

Tenrec meat can be hard to access, however. First, it’s not sold commercially. This means you’d have to hunt a tenrec yourself, as there’s no store where their meat can be bought. The meat can also be hard to prepare, especially because of their sharp quills. As a result, most people don’t choose to eat tenrecs – although they can. 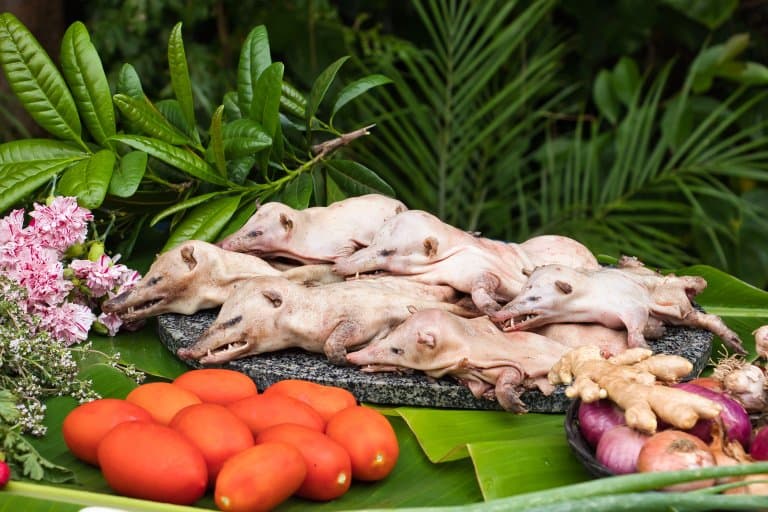 Tenrecs can be extremely beneficial in controlling pest populations. This is because their diet mainly consists of invertebrates, including insects that could cause a problem for nearby human populations if not regulated by animals like the tenrec.

8. They can use their quills for communication

While tenrecs can make sounds, they’re much better at communicating with their quills, which are also known as spines. They rub their quills on nearby objects, like trees, which produces a sound all on its own. These can be used to help locate others and alert them of important events, like a predator.

9. Tenrecs have only one “waste opening”

Most mammals have a separate opening for reproduction, urine, and feces. However, the tenrec is more similar to birds and reptiles in that they have only a single opening known as a cloaca.

Humans have a cloaca too, but only as a fetus and before all of their other, permanent pathways form.

10. They can have nearly three dozen babies in a single litter

Another fact that sets the tenrec apart from most other mammals? They can have up to 32 youngsters in a single litter, all of which will be weaned within about a month of their birth.

11. They are not hedgehogs!

The lesser tenrec is often confused with hedgehogs in photos, and while they do appear similar they are very different animals; hedgehogs are members of a different order entirely, Erinaceomorpha. 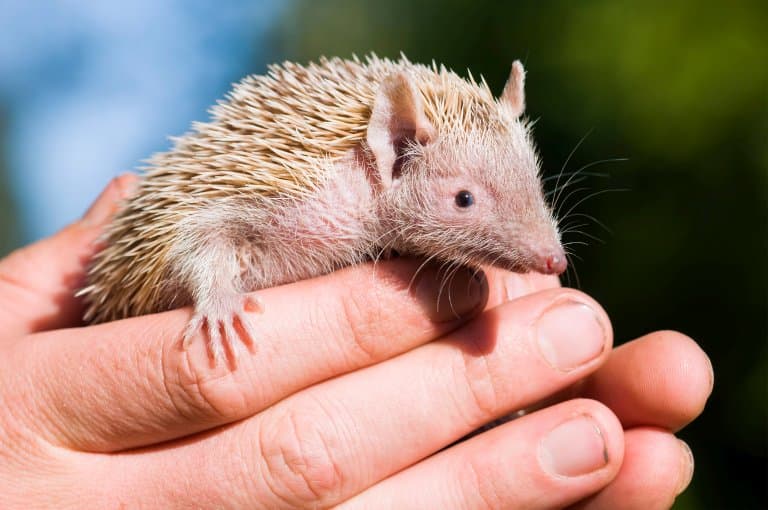