The swordfish is a voracious squid-seeking torpedo armed with a deadly blade.

Equipped with an impressive arsenal of adaptations that allow them to achieve astounding predatory prowess, swordfish dominate their niche as fearsome pursuit hunters.

They are known throughout the world for their incredible swimming ability, and are among the fastest fish in existence. 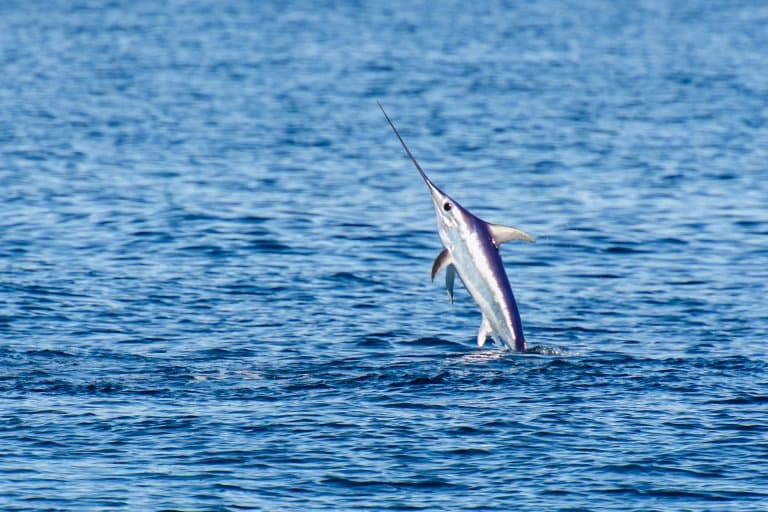 Swordfish are an adaptable species, occurring throughout much of the tropical and temperate oceans of the world, including the Atlantic, Pacific and Indian Oceans.

They are highly nomadic, travelling both horizontally and vertically in search of their prey- they have occasionally been recorded at depths of over 2,200 metres.

Swordfish are the sole species within the family Xiphiidae, which itself is grouped within the order Istiophoriformes.

The closest extant relatives of the swordfish – marlins, spearfish and sailfish – also belong to this order, but are grouped into the separate family Istiophoridae. Like the swordfish, they are large, open water predators that rely on lightning speed and an elongated rostrum to capture their prey. Barracuda (Sphyraenidae) are commonly placed within Istiophoriiformes too, but this is the subject of ongoing taxonomic debate.

Swordfish like to diet on a range of fish from mackerel, silver hake, herring, rockfish as well as squid and crustaceans. Larger fish and squid are generally slashed with their sword, while smaller fish and consumed whole.

Their conservation status is ‘least concern‘, althought their numbers are thought to be in decline, particularly in the Indian Ocean where due to overfishing.

The elongated, flattened rostrum of the swordfish is a precision weapon which can be slashed with deadly accuracy.

Swordfish use their swords to knock fast, agile prey off balance during high speed chases, incapacitating them for easy consumption. 1

2. The need for speed has driven their evolution

In order to outmanoeuvre their prey, swordfish have evolved a body plan that prioritises swimming performance above all else.

They are scaleless to reduce drag, and their rostrums have a rough surface that generates micro-turbulence in the water ahead of them; this subtle adaptation allows them to effectively produce their own slipstream, negating the high energy costs of pushing through still water. 2

3. They secrete drag-reducing oils from their heads

Swordfish have a specialised organ near the base of their rostrum that produces unique hydrophobic oils.

These oils are secreted from pores on the front of the head, and are thought to form a highly hydrophobic layer over the skin that reduces drag during high speed pursuits.

4. They are one of the fastest fish in the world

This has been debated, but it’s generally accepted that the max recorded speed of a swordfish has been 64kph or 40mph, making it one of the fastest fish in the sea.

The sailfish is thought to be the fastest fish, with speeds recorded of 109 kph (68 mph)

5. They are fearsome predators, but they have no teeth

Swordfish feed primarily on squid and smaller fish, most of which are small or squashy enough to be swallowed whole.

Interestingly, juvenile swordfish do have teeth, but these disappear as they grow; the upper jaw becomes sharp and blade-like by the time they reach adulthood. 3

6. Omnidirectional camouflage allows them to hide in plain sight

Swordfish are counter-shaded, with dark dorsal and light ventral colouration that allows them to blend into their background when viewed from either above or below.

They have also been found to possess microstructures in their skin that strategically reflect and scatter polarised light, making them even harder to detect by their prey. 4

When threatened by a predator, swordfish are known to use their rostrum to impale their enemies.

Both blue sharks and shortfin mako sharks have been found dead or dying with swordfish rostrums broken off inside their bodies. 5

8. They produce prodigious quantities of eggs

Like many open ocean fish, swordfish produce huge numbers of tiny, larval offspring in the hopes that a tiny fraction will survive to adulthood.

This reproductive strategy is known as R-selection, and large female swordfish are able to carry around 29 million eggs at once!

9. Their brains have a central heating system

Swordfish possess a specialised tissue behind their eyes that is packed full of mitochondria and, unusually among fish, produces its own heat.

This remarkable adaptation protects their eyes and brain from the rapid temperature changes that occur when travelling between the deep ocean and the surface, and keeps them functioning at full capacity despite the frigid temperatures of the depths. 6

10. Swordfish are popular with parasites

Around 50 different species can be found parasitising swordfish.

These include invertebrates like copepods, tapeworms and roundworms, but swordfish are also hosts for remoras, lampreys and even cookiecutter sharks.

Despite being considered a delicacy, swordfish- like many large marine predators- gradually accumulate toxic compounds within their bodies.

High levels of methylmercury make swordfish unsafe for consumption by children and pregnant or breastfeeding women. 7 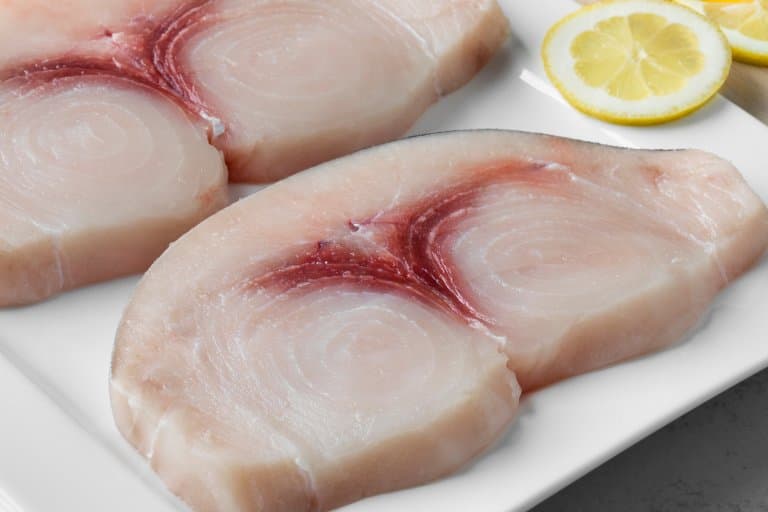