The striped polecat is a striped, carnivorous mustelid from Africa.

It’s related to badgers and weasels and while it looks like a skunk and stinks like a skunk, it’s not as closely related as it may seem.

This elusive smelly weasel has been a part of human life for at least centuries, and guards a lot of its secrets closely. 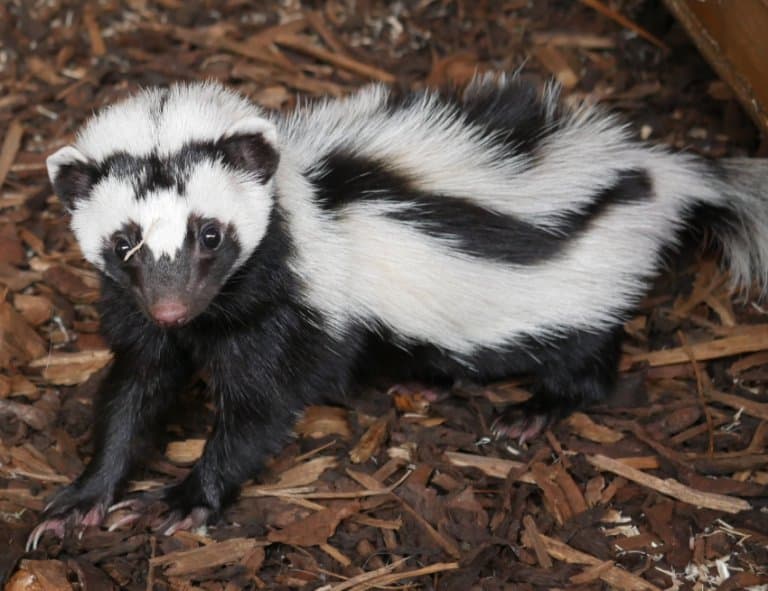 They have a cute, raccoon-like face mask that may also function to keep predators at bay and they spend much of their waking time shuffling about eating snakes and insects, but can tackle larger prey like birds and other small mammals if they can get to them.

1. They take the night shift

When two animals in the same area eat the same thing, it’s usually a good idea to figure out some way of avoiding competition. Fighting over resources is dangerous and energy-intensive, so animals usually avoid it as much as possible. The striped polecat shares its diet and habitat with the yellow mongoose, Cynictis penicillate, which prefers to dine on much of the same selection.

So, to avoid arguing over who gets the last rolo, they take shifts. The Polecat hunts at night and the mongoose hunts during the day. This keeps them out of each other’s way and doesn’t cost them anything. 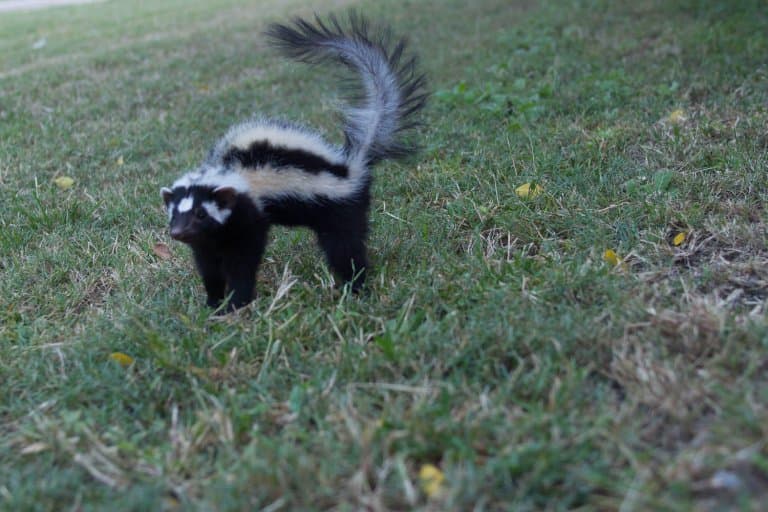 What do you get when you cross a zebra with a gorilla? Apparently a small, smelly mustelid.
Actually, the word comes from the Spanish for ‘fox’: Zorro/Zorra, which can also mean crafty or devious.

Conversely, it could also mean ‘lazy one’. Zorillas are by no means lazy, so it’s likely they’re named for being crafty, as in the next example. 1

Like many rural, scrubland animals in Africa, the zorilla causes a problem for locals. Owners of chickens are particularly upset about them, as they are more than capable of stealing poultry from a person’s garden.

For this reason they’re sometimes killed as a pest.

The sex of many animals is often hard to tell apart. While adult lions and many birds, for example, have distinctly different looks depending on whether they’re male or female, lots of animals look pretty much identical. Usually, if you can tell them apart, it’s only because of a difference in colour or shape.

With zorrillas, you can tell by the way they use their walk. Males hold their tails high up as they trot along, and females hang theirs long behind them. 2

Striped Polecats were classified in the same family as skunks (Mustelidae) until quite recently. They share some remarkable similarities with skunks, so it’s forgivable to think they’re closely related.

While polecats remain in the mustelid family, skunks have recently been reclassified as Mephitidae, a different family entirely. 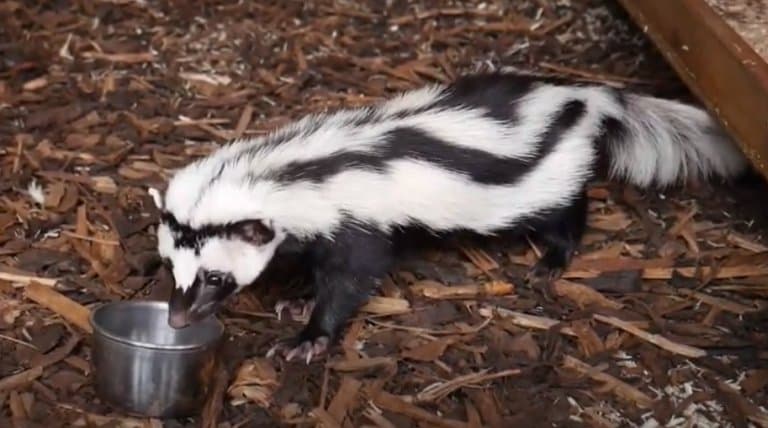 6. Their butts smell of burnt hair

When you light a match or let an egg go bad, or accidentally lean too far over the gas hob and catch a whiff of your hair burning, you’re getting the familiar and unpleasant smell of sulphuric compounds released into the air.

Some very brave, or perhaps anosmic researchers have identified at least ten compounds each in the male and female secretions, and while some of these are used as defences, others are used to mark territory or display reproductive status.

7. They’re a bit of a mystery in Egypt

Egypt is well known for its mysteries, but there are more than just hidden tombs and ancient curses to ponder. While it’s thought that the striped polecat still exists in Egypt, only two have been collected in almost seventy years! This makes it one of the rarest mammals in Egypt. 3

8. They were important to cavemen

Archaeological discoveries from caves in South Africa show evidence that while some hunter-gatherers happily feasted on herbivorous animals, carnivores may have played a ritualistic role in their society.

Burial sites of striped polecats and other mustelids have been discovered in caves inhabited by roaming tribes several centuries ago. While these aren’t the ancestral cavemen from prehistoric times, it’s possible that there was some specific use for striped polecats predating this.

Could they have been good guard animals for the cave or simply unfortunate victims of witchcraft rituals?

9. They may be predated upon by Jackals

While the evidence for a regular threat of predation upon the striped polecat is thin, hairs have been found inside the poop of the black-backed jackal in South Africa. These animals eat almost anything, so if there’s one creature who can handle our skunky polecat friend, it’s not surprising that it’s a Jackal.

Striped Polecats have a small repertoire of vocalisations. A low grumble can be heard not long before the face spray is deployed, but when pressed it can puff up its body and let out a terrifying scream. This is definitely an animal that wants to make you work for your supper.

The zorilla also has a few more pleasant and peaceful communications such as friendly, undulating calls to signify friendship. 4