Red pandas (Ailurus fulgens) are mammals that spend most of their time (almost 90%) up in trees. While they share a part of their name with giant pandas, they are actually more closely related to raccoons and skunks.

In addition to “red panda”, these fluffy omnivores have been called lesser pandas and red bearcats. They are mostly found in the forests of the Himalayas. 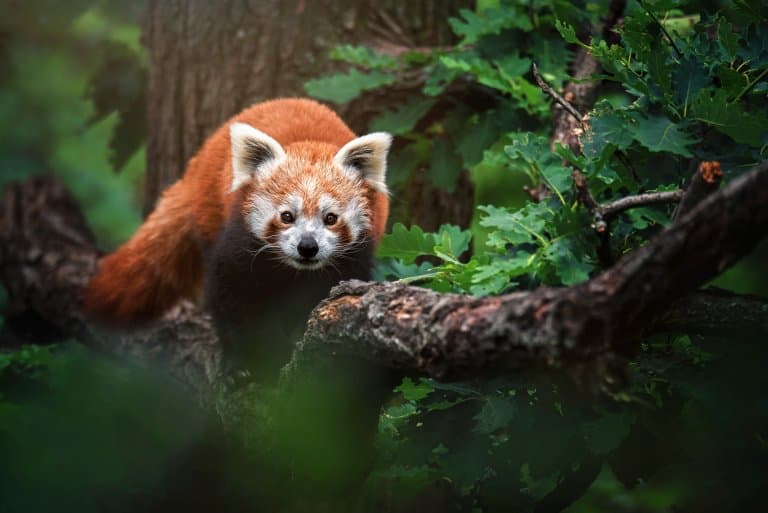 They are generally solitary and territorial and mark their home range, typically around 1km – with both urine and faeces.

They are around 22 to 25 inches in size from head to body, and their tail can be almost as long, often measuring between 15 to 20 inches.

The loss of trees and bamboo due to deforestation has led to a rapid decline in red panda numbers. For this reason, they have been classified as endangered by the IUCN. There is still much to do be done to reduce human impacts on their habitats and food sources.

In addition to habitat destruction, red pandas are also hunted for meat, fur, and medicinal purposes. It is estimated that today, there are less than 10,000 red pandas left. Their sweet appearance and unique coloring make them common attractions in zoos and parks.

These adorable creatures can consume almost four pounds of bamboo a day.

They also like to eat fruit, nuts, roots, as well as eggs, and small rodents. 1 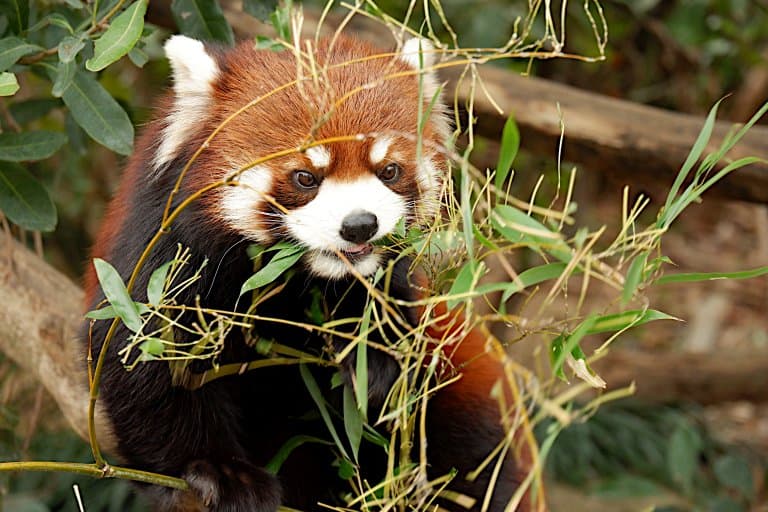 2. When threatened, they release a pungent secretion from their tails

At the base of their tails, red pandas have glands that produce a smelly liquid.

They will release this secretion when threatened or attacked. Male pandas also use it as a territorial mark during the breeding season.

3. They are expert climbers

Armed with retractable claws and a pseudo-thumb, red pandas navigate the forest trees with ease. They can descend trees head-first and use their giant tails to balance on branches.

To avoid predators, red pandas rarely go all the way down to the ground. They usually only go down to relieve waste. 2

4. They are the original “panda”

Based on historical findings, it is believed that Frederic Cuvier was the first person to describe the red panda. The name “panda” was given to the animal based on the Nepalese term ponya which describes the animal’s preference for bamboo.

The black and white giant panda was later on granted the same name due to its similarities to the red panda. Although the giant panda is a bear, whereas the red panda is more closely related to racoons, skunks and even weasels! 3

5. Red pandas communicate through a variety of different vocalizations and physical performances

Newborns alert their mothers with high-frequency squeaks and whistles.

Adults utilize grunts, snorts, and squeals to communicate and express themselves. Over 7 different vocalizations have been recorded. Overall, red pandas are quite solitary and rarely live in groups. 4

When they are born, young red pandas (called “cubs”) are gray and tan in color.

Their eyes are closed at birth, and, over the next few months, their fur becomes red.

7. They can stand on their rear legs

This has been witnessed in zoos, when they are asking for food (and almost waving!) 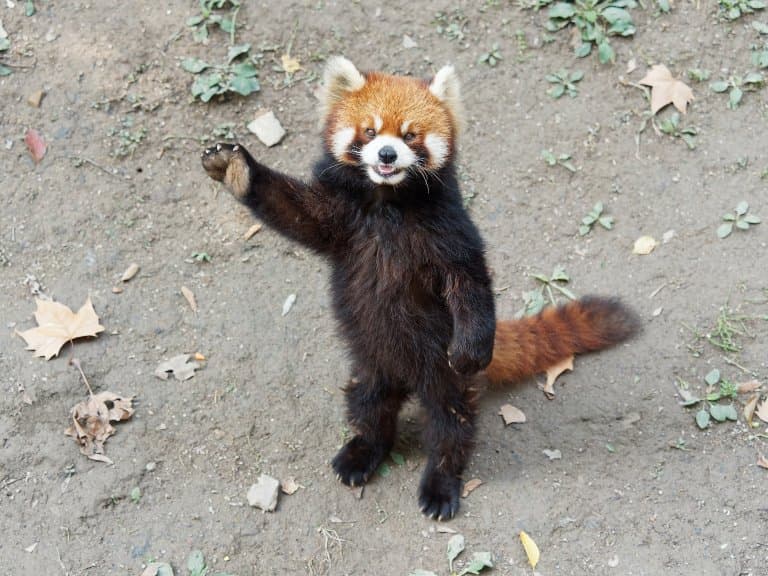 8. Males do not participate in rearing young

Mothers birth their cubs into tree hollows containing nests of twigs, leaves, grass, and moss. Males do not stick around to help take care of the litter.

9. When it comes to eating bamboo, red pandas are quite selective

Despite there being over 40 types of bamboo, red pandas only choose to eat one or two particularly nutritious kinds.

They will select and chew their leaves methodically, taking their time to enjoy.

10. In cold temperatures, red pandas slow down their metabolism

If their large fluffy tails are not enough to keep them warm, red pandas will slow their metabolic rates and go into a dormant state.

In this state, they will sleep for most of the day and only awaken to briefly feed.

11. They are vegetarian carnivores

Red pandas belong to the Carnivora order, but they are not carnivores!

Their diet is composed of 85 to 90 percent bamboo, however, their digestive systems are similar to those of their ancestors who primarily ate meat.

12. Their red fur helps them camouflage into their surroundings

It may be surprising, but a red panda’s red fur helps them conceal themselves in the forests of China and Nepal. Here, red-colored mosses and vegetation cover arboreal surfaces.

Their fuzzy coats also resemble the downy textures of moss. 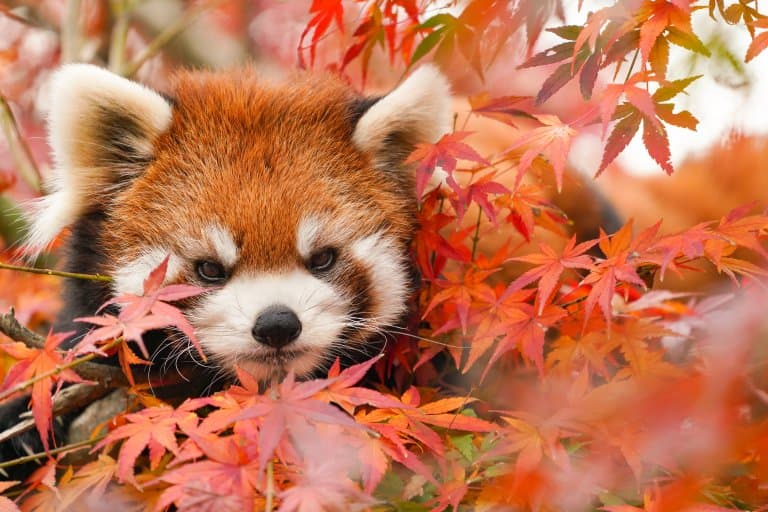 13. They produce a lot of poop

In a single week, red pandas can produce their body weight in poop.

This is likely due to the large volumes of bamboo leaves they ingest. Males have been observed using their poop to attract mates.

14. They dangle their legs from trees when hot

Red panda typically rest and sleep in the trees, and are known to dangle both legs either side of a tree when hot, and curl up when cold.

15. Hunting red panda is illegal across all home countries

They are a protected species and a large range of its habitat is now part of protected areas.

There are a number of ongoing convervation efforts such as anti-poaching units, community outreach programs and awareness campaigns such as International Red Panda Day which aim to help their plight.

16. A browser is named after them

The name ‘Firefox’ is another name for the red panda. This has been confirmed by Firefox.

kind of both? The fox hugging the globe in our logo is 100% fox. Firefox IS a nickname for red pandas, though, so they also have our hearts as a mascot.

The firefox logo is a fox apparently, although some argue it looks like a curled up red panda!