The Patagonian mara is a large desert rodent that inhabits the arid steppes of Argentina.

Its appearance is like a cross between a rabbit and a guinea pig and has all the cuteness of any large South American Rodent.

If it reminds you of a capybara, that’s because it shares the same family: Caviidae. 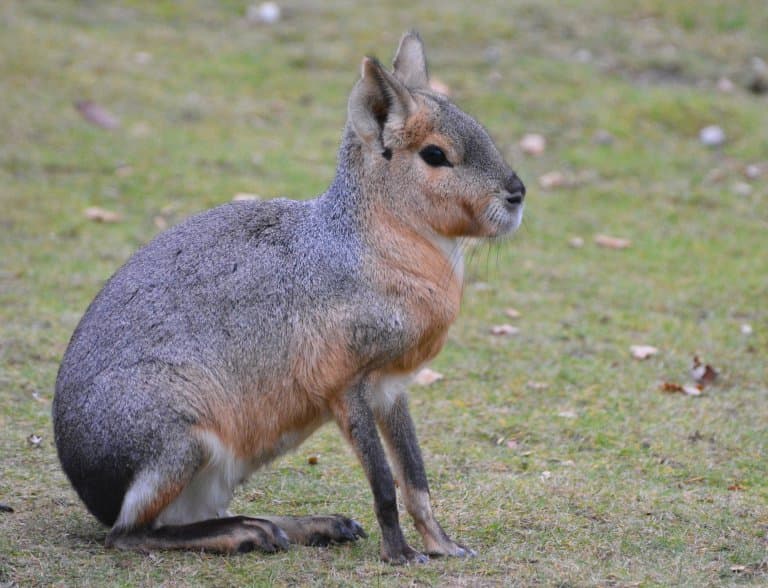 The Patagonian Mara, also known as the Patagonian cavy, Patagonian hare and dillaby is the 4th largest rodent, just bigger than a porcupine and smaller than a muskrat. They’re heavy, but they’re well equipped to move when they have to.

Maras are active during the day time, and largely herbivores. They diet on green vegetation, seeds, flowers and fruit.

They’re good animals for zoos because they live in strong communities and don’t appear to suffer in captivity.

This gives researchers great opportunities to study their biology and behaviour cheaply, and without causing harm, which is critical for this near-threatened species.

1. They can jump two meters off the ground!

The first thing to note about maras is that they’re exceptionally agile. They are highly adapted to moving quickly, and their legs are well evolved for leaping. Specialised bones in the legs mean they can handle heavy impacts and channel energy into impressive jumps. They’ve been reported to jump almost two meters, or 6ft off the ground, but unfortunately, there’s no video of that yet.

With elongated and effectively-angled limb bones, they’re more nimble than they look. 1 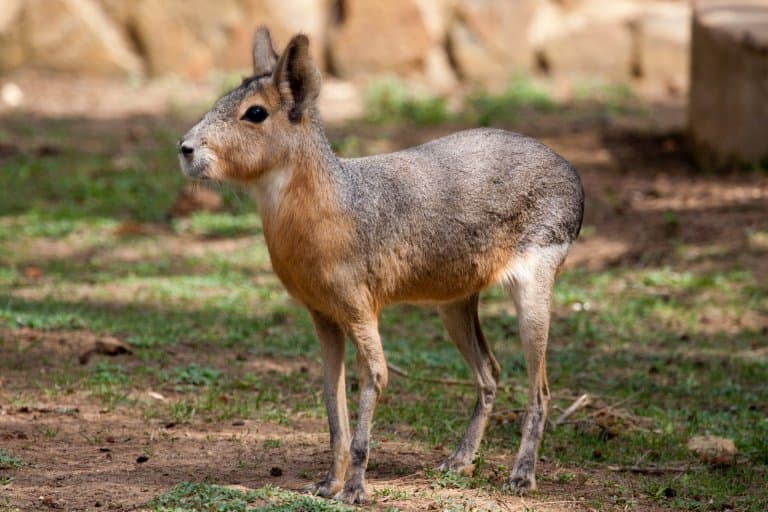 On that topic, they can really move! Plains animals often use speed to their advantage (think cheetahs and gazelles), but the mara is a record-holder in that department.

We’ve found reports of them running 45kmph alongside a researcher’s car for an entire kilometre, and the literature claims speed up to 60kmph!

They’re considered the fastest rodent, and this helps them stay safe in a very active and hostile environment. 2

This cannot go without a mention. Pronking is the wonderful term for what certain animals do when alarmed or excited. It involves springing into the air with all four limbs, straight up, like it’s on a trampoline. This is thought to be as confusing to predators as it is to people observing it, and may also act as an alarm gesture to other members of the family.

Gazelles do this quite famously. It’s commonly seen in springboks in South Africa, which is where the word pronking means “showing off”, in Afrikaans. Pronking is also known as ‘stotting’ but that’s not quite as funny. Bunnies do something similar as well, which is known as a ‘binky’.

4. They mate for life

Maras are life-long monogamists and may raise one to three offspring each year.

Mara young are very well-developed at birth and can start grazing within 24 hours. They’re born with full fur and their eyes open. You could imagine they’re pronking right out of the gate, and are one of the most precocial (advanced at birth) of all mammals. 3

Mara babies are almost all twins, and 5% are triplets. The rest tend to be singletons.

With this rate of offspring, you could imagine they might have large families. And they do… 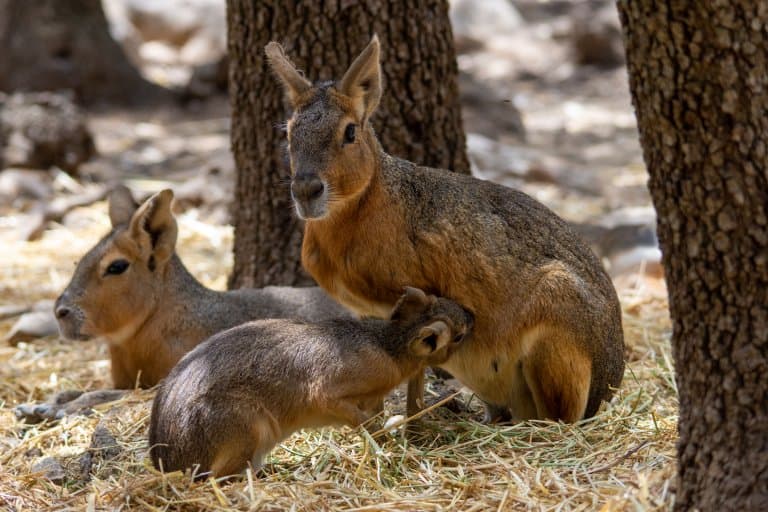 6. They can live in groups of up to 70 individuals

Mara clans can be as large as 70 strong, containing 33 pups at any one time!

These are busy households, and mothers take shifts in the den to feed their young.

7. Females shoot urine in the face of unwanted males

Females are dominant over males, and one of the way they assert this dominance is to spray urine in the male’s face when they’re determined to be unwelcome. This doesn’t stop at unwanted sexual attention; the females are not above spraying urine in the face of children who they consider unworthy of their milk.

Nursing mothers are known to be pestered on occasion by interloping babies who aren’t their own. When this happens, it’s not unusual for the little thief to get the urine treatment. 4

Females are receptive for 30 minutes, every three to four months. That’s an unusually short window and a potentially difficult job to complete in a monogamous relationship.

Upon successful mating, however, gestation follows for around 100 days, and dens are exclusively kept for nursing mothers and pups.

This means the nursing mother has to take shifts to enter and feed her young.

When an animal affects its ecosystem by removing or planting trees, changing the course of the waterways, or otherwise affecting the nature of the habitat it occupies, it’s considered an ecosystem engineer.

Patagonian maras distribute fruit seeds in their feces, allowing new trees to grow and helping these plants reproduce. This guves them an important role in their habitat, other than simply acting as food for their predators. 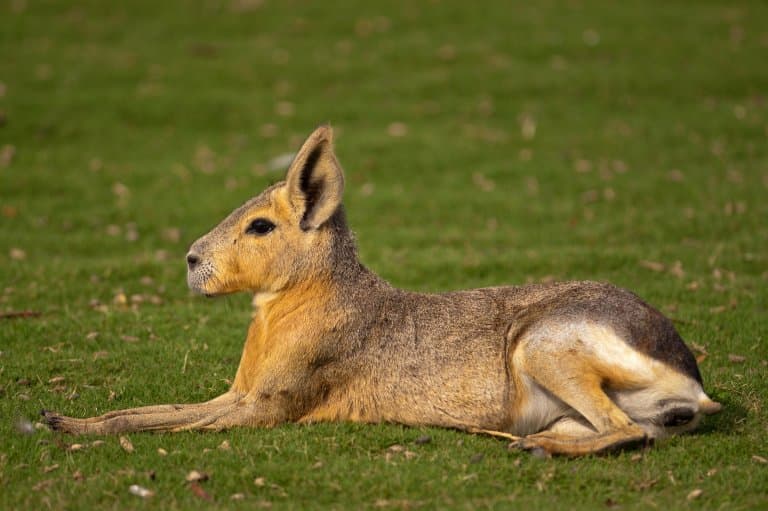 Patagonian mara have some interesting and unique attributes. It’s uncommon for monogamous rodents to have communal dens, and aside from their behaviour, they’re funny-looking things. This makes them both a great exhibition and study topic in conservation parks and zoos.

However a lot of their quirks make them very unsuitable as pets. They’re nervous animals, and very bouncy. At around 8kg, and with that much power, they can certainly be hard to handle, and vets do struggle.

Indoors, they are easily stressed and liable to harm themselves and others in a panic, and although they can be semi-trained, pet life is not going to be a happy life for these unusual animals.