The Pacarana is a chunky slow-moving rodent from South America.

Like many of the South African rodents, it carries some weight with it; it’s one of the largest rodents; a heavily-built, nocturnal animal, and the only one of its kind in the family Dinomyidae. 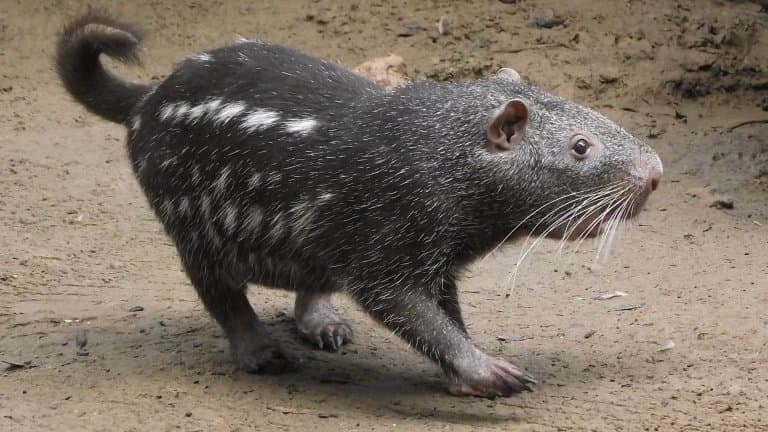 They are found in tropical rainforests and foothills of Bolivia, Venezuela and Colombia and typically live in groups of four or five members in natural dark crevices.

They are herbivores and diet on fruits, plants, leaves, shoots and vegetables.

The pacarana is considered the third largest rodent; even larger than a Patagonian mara, and though they move with lumbering and disorganised gait, they are somewhat agile, and are known to climb trees.

They’re threatened by habitat destruction – as are most animals in and around Brazil – and we still don’t know all that much about them or how they live.

This is just a cool and fancy word for ‘able to climb trees’ but for a rodent as heavy as this, that’s quite a feat. It’s mostly the young who climb trees, and it’s not quite clear why, but their large digging claws certainly make it easier. 1 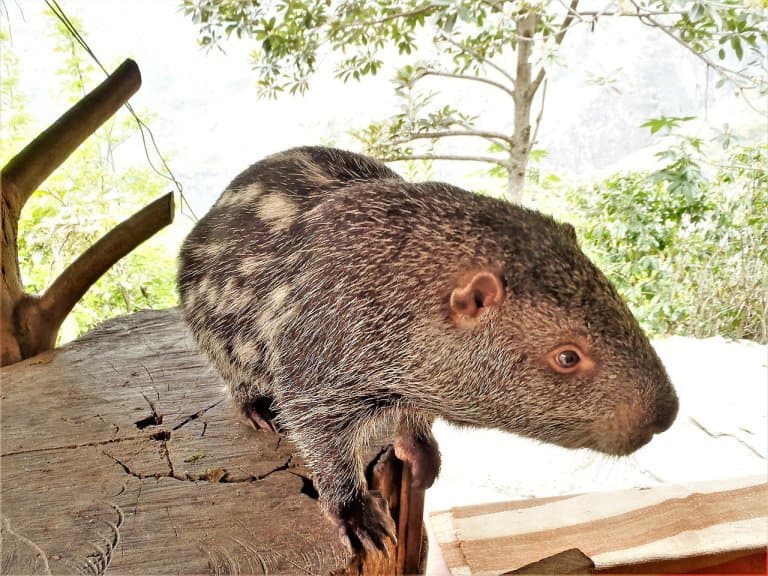 2. They are the only member of their family

The family Dinomyidae has but one member, and this makes the Dinomys genus equally isolated. Although it looks like a Paca, another, similar-looking rodent, they are from a different family, and in fact, the name ‘pacarana’ essentially means ‘fake paca’. Taxonomically and nominally, it seems the poor pacarana has been given the short end of the stick.

3. They’re known as the Terrible Mouse

And it gets worse! Their nicknames include Branik’s rat and Terrible Mouse, which, incidentally, is what the scientific family name ‘Dinomyidae’ means (you might recognise dino from ‘terrible lizard’ – dinosaur).

None of these names is particularly flattering, but at least the pacarana doesn’t seem to mind. 2

4. Scientists study their populations by sifting through their latrines

This should hardly be a surprise by now, but researchers have identified a handful of ways to infer Pacarana behaviour from measuring their poo. And I mean, literally, measuring it. In one paper there are paragraphs and paragraphs (mostly in Spanish) about the quality, size, shape and flavour (not really) of the pacarana poop they’ve collected.

From this they are able to infer group sizes, composition, individuals ages, and suggest more poop sifting in the future to devise as much as possible about these mysterious rodents in the wild. 3

5. They sit back and eat with their hands

Much like squirrels do, the pacarana will pick up food with its hands, inspect it, turn it over and take a nibble. This isn’t ridiculously just cute, it’s quite unusual for a rodent of unusual size such as this terrible mouse.

In one viral video a somewhat distressed pacarana is seen desperately trying to get the soap off its fur. This image shows the dexterity in their arms, and this YouTube video gives you an idea of how they eat (and how much tortoises love to be on camera).

6. Their favourite food is corn on the cob

In captivity, pacaranas are fed a range of food for lunch, but even when given all the kale, sweet potato, carrots, apples, oranges bananas, grapes, bread and seeds, if there’s corn on the cob, that’s the first thing to go. It’s a great way to help them gain weight in zoos.

And that would be a horrible shame for more reasons than one. It’s been reported numerous times that these are very docile animals, even when taken from the wild. This suggests that they are very vulnerable to hunting by humans. And indeed, the local tribespeople routinely eat the pacarana.

When it’s time to mate, females let out a long cry to let the males know they’re in season. This leads to the male approaching, and lumbering up to the female on two legs. The elaborate mating ritual involves a lot of strange vocalizations. 4

9. Males sing to attract a female

This is one of them. Males will sing to a female for up to two minutes once he finds a worthy female; among other sounds he makes during the search are hisses, whimpers, chatters and whines.

But so little is known about the Pacarana’s population density, habitat range and behaviour. As is usually the case, much of what we do know has been gathered from their poop. From this, we infer elements of their diet, family sizes and activity patterns but these are very elusive animals that are mostly only active at night, so they’re not easy to get a handle on.

Animals in captivity offer us some clues to wild behaviour, but it’s not always easy to get them to behave naturally when they’re surrounded by gawkers, so wild studies are a special kind of important. 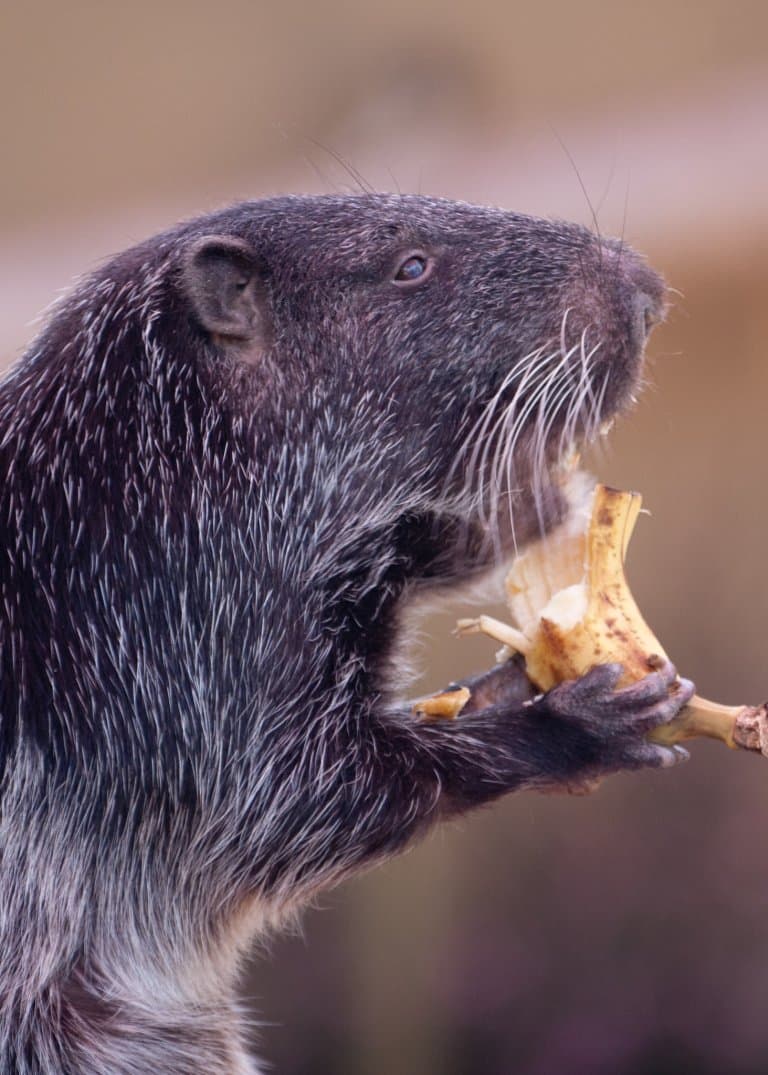 With the rise of animal agriculture in the developed world, companies are looking for cheap food for their animals. A lot of this food comes from soy crops, and a lot of these soy crops are grown in areas of the Amazon that need to be cleared to make space for it. As such, habitats of hundreds of thousands, possibly even millions of species, are being destroyed, partitioned and reduced.