Mongoose are small carnivorous mammals, with long faces and bodies with short legs, and tails, that live across Southern Europe, Asia and Africa.

There are 36 different species of mongoose, split between two subfamilies, the Herpestinae and the Mungotinae. The 11 species belonging to Mungotinae are native to Africa only, and it includes the infamous Meerkat. 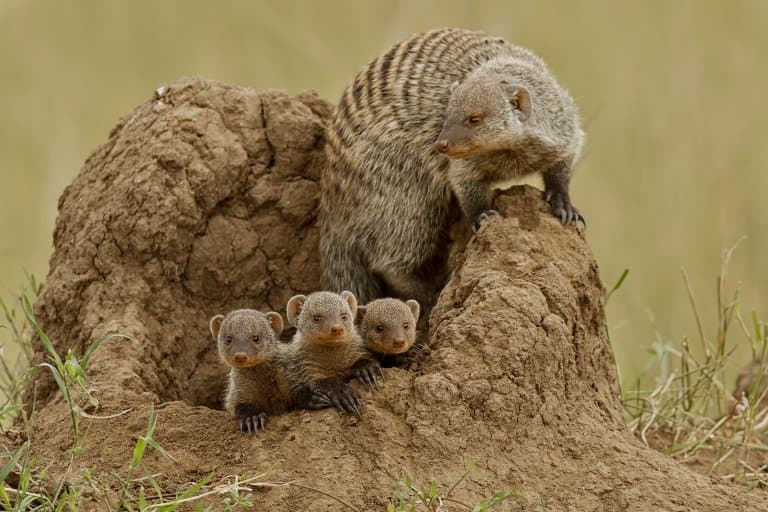 They are typically found in the eastern hemisphere, but there are some species, some invasive, found in North America.

There is no single habitat that mongooses can thrive in. They can live completely on land, but they can also live a semiaquatic life. Where a mongoose will do best depends on the exact species.

The mongoose is a highly social animal. They come together to live in groups known as colonies, which can have as many as 50 individuals. There is no specialized name for a male or a female mongoose, but offspring are known as pups or puppies. A litter of mongooses can have as many as four pups.

They have a widely varying diet that differs depending on the species. They like to eat insects, rodents, birds, eggs, snakes, lizards, crabs, spiders, scorpions and earthworms!

Some studies have looked to better understand the impact that mongooses have on the ecosystem. This is specifically to see how certain species impact the populations of prey and predators. 1

1. The plural of “mongoose” isn’t “mongeese”

However, while the officially plural form is mongooses, it’s okay to say mongoose!

Just like with moose and sheep, it can be difficult to know the exact plural form of mongoose if you hadn’t it heard it before. This is because these words are adapted into the English language from other languages, so it doesn’t follow the grammar rules you may be used to.

Although they may look like it, mongooses aren’t rodents. This means that they aren’t related to rats, mice, and squirrels. Instead, they’re related to animals like civets.

3. They have a rare mutation

Mongooses are one of only four types of mammals with the ability to fight off a snake’s toxins.

While they aren’t immune to venom, they do have a specialized nervous system that is adapted to defend the mongoose from snake bites. This renders it less effective and makes it safer for mongooses to hunt snakes. As a result, whereas other mammals of the same size may take a lethal bite from a snake, mongooses are able to better recover.

They also have fast reflexes and are agile, allowing them to easily dodge a venomous snake’s strike. And, with species that they aren’t resistant to the venom, such as with scorpions, they’ve adapted new techniques to be able to make their prey safer to hunt and eat. 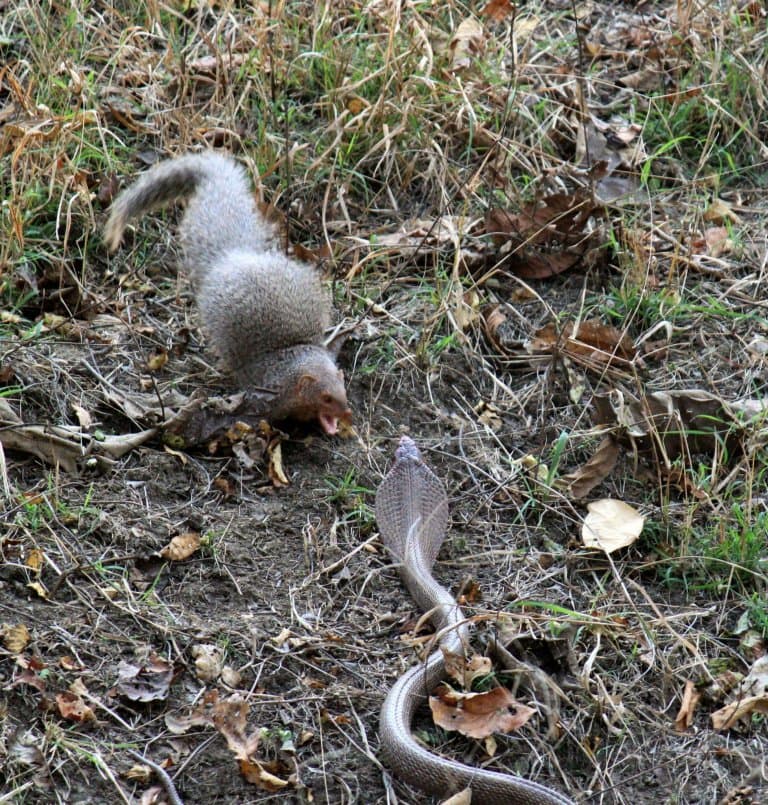 4. They have a diverse diet

As a member of the order Carnivora, mongooses are considered carnivores. This means that they get all the nutrients that need from a purely meat-based diet, just like cats.

However, if they’re struggling to hunt and missing some nutrients, they can supplement their diets with plant-based materials for a short time.

5. They can kill a cobra snake

While mongoose might not look like competition for a large cobra snake, mongoose are specialists in hunting snakes.

They are extremely agile, able to move quickly out of the way of the snakes strikes, and their sharp teeth can penetrate the snakes skin.

6. Mongooses can be semiaquatic

When you look at an animal like the mongoose, you don’t expect for them to live in water. However, some species like the Atilax paludinosus (marsh mongoose) live a semiaquatic lifestyle.

This means that, while they don’t live directly in the water, they do revolve their lives around their chosen water source. 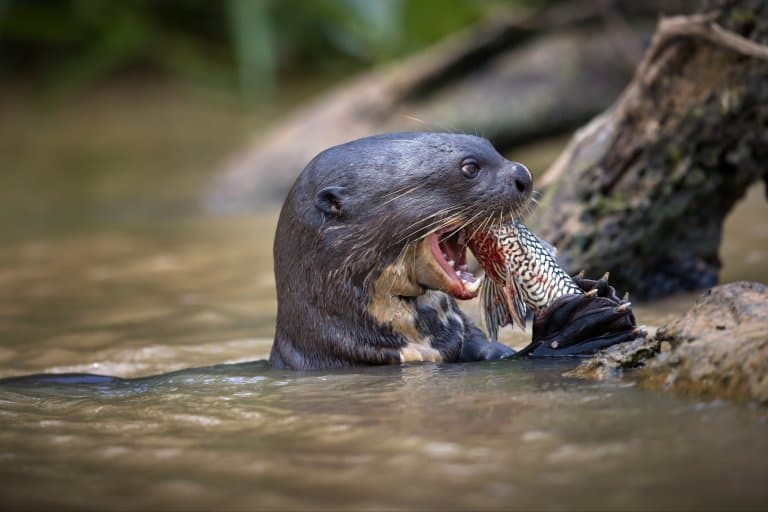 7. Some species enjoy living together – others don’t

Some species of mongooses will come together in what is known as a mob or colony.

These can have dozens of individuals, all living together in a single area and working together for the betterment of all.

However, this isn’t the same for all species. Some would much rather live by themselves, only interacting when it comes time to mate.

8. Meerkats are a type of mongoose

Remember how we just mentioned that some species of mongooses live together in colonies?

One of the best examples of this is the meerkats. That’s right: meerkats are a type of mongoose.

They’re a small species in this family living in colonies with as many as 50 individuals in southern Africa. 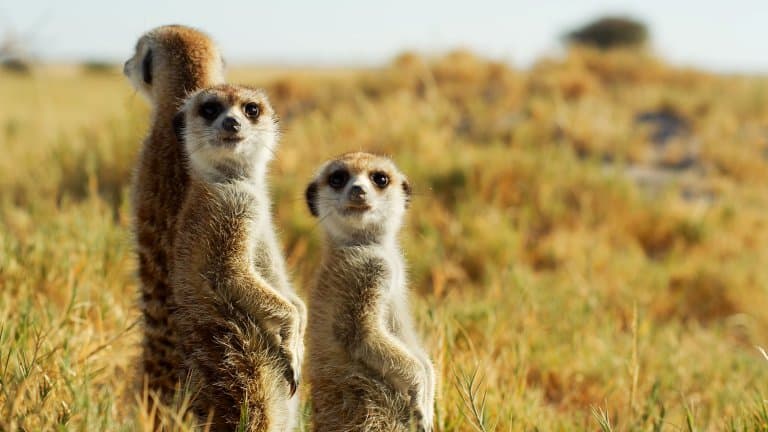 9. Mongoose really are friends with warthogs

Timon and Pumbaa are an animated meerkat and warthog duo from Disney’s 1994 animated film The Lion King.

There is some truth to this rather unlikely friendship, or at least mutual benefit – Researchers have found that mongoose will eat ticks from a warthogs body, which is extremely helpful for the warthog.

10. They can disrupt other ecosystems

In the 1800’s mongoose were introduced to Hawaii, Fiji and Jamaica to help control black and brown rats at sugarcane plantations.

However, this caused some species of birds and other animals to almost become extinct, such as the green Iguana and the ground lizard.

They were also introduced to Okinawa, Japan and to the Dalmatian islands where they are now considered pests.

In fact, the small Javan mongoose is listed by the International Union for Conservation of Nature among the world’s 100 worst invasive species!