The Markhor is a large wild goat from the family Bovidae, which is found in the mountains from Kashmir and Turkistan to Afghanistan.

They have majestic corkscrew-shaped horns a long beard and are referred to as the ‘screw-horned goat’ or ‘screw horn’ in Pakistan where they are the national animal. 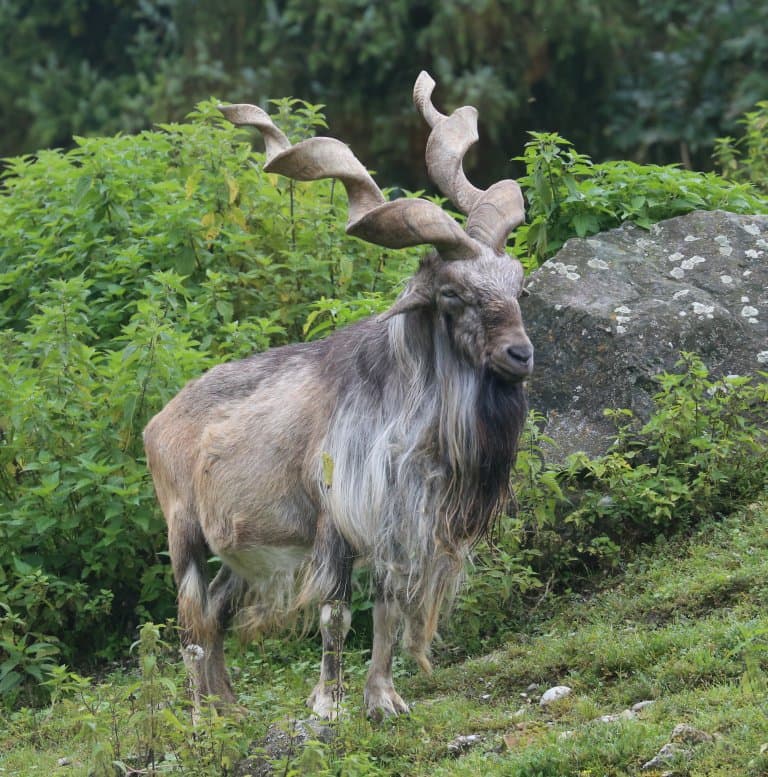 There are 5 subspecies of the markhor have been recognised, with the main differences being their location and shapes of their horns, which can differ in size and shape of the corkscrew.

Markhor are adapted to mountainous terrain and are generally found at high elevations between 2,000-12,000 feet, where females they live in herds of up to ten animals. They are excellent climbers and jumpers.

They are herbivorous, and graze in the summer and eat leaves and shoots from trees in the winter.

They have a red–brown coat in the summer, which turns to a long, grey and silky coat in the winter. Males can be distinguished by their long and heavy fringe on their throat and chest. They stand at a height of approximately 95-102cms up to 160cms.

The markhor is listed by the IUCN as near threatened, but some subspecies vary between endangered and critically endangered. The reason for their decline is due to them being overhunted for their meat and their prized horns.

The wildlife department in Pakistan issues permits to selected bidders for trophy hunting of markhor and other species each year. The award of an annual markhor trophy hunting permit fetched a whopping $597,200 from different bidders in the winter of 2021.

The highest bidder was an offer for $160,250 for a single markhor to be hunted in a game reserve called Toshi-I in the Chitral district. This is the highest rate ever offered in history for this type of markhor trophy hunting.

80% of the proceeds from this programme will be distributed to local communities. Excessive hunting has caused the population to decrease. 1 2 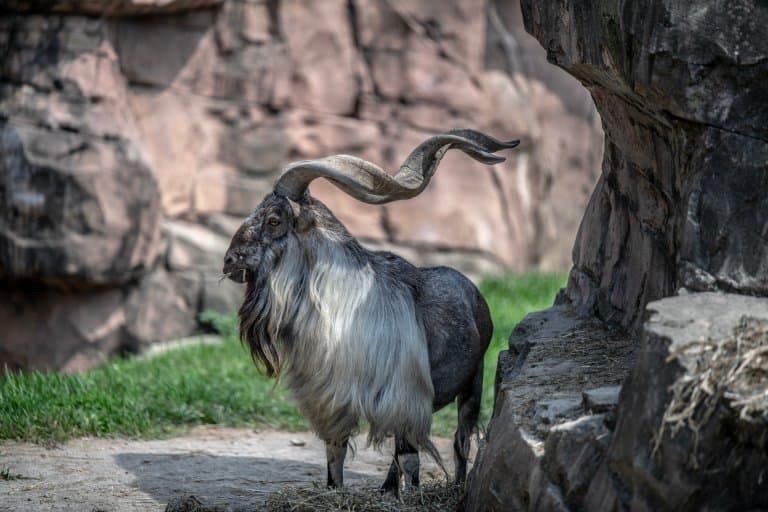 2. They are the largest of the goat family

Markhor are large goats and can reach up to 1.6m in length and weigh as much as 110kg.

Males have much longer horns, while female horns typically only grow to 10 inches (25 cms). 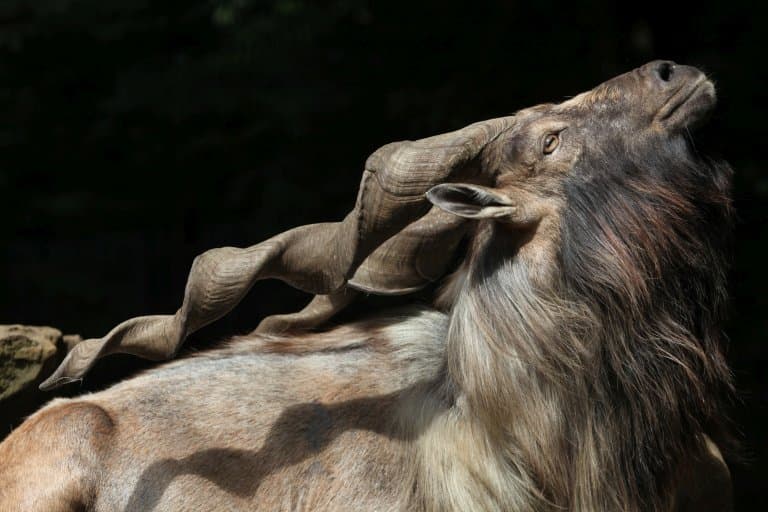 4. Markhor fight for the right to breed

While Markhor will use them in defence against predators, they will also use them against other males when fighting for a mate.

They will fight each other by lunging, locking horns and pushing each other off balance on the rocky mountain. Mating season occurs during winter and the gestational period is between 135-170 days.

Markhor do not like to be in deep snow or in cold temperatures. They prefer to be in dry terrain and they have the tendency to stay close to the mountains below the altitudes of 2,200m in winter.

The are known to be one of the smelliest goat species. It’s thought that their smell might help them repel predators, and mark their territory.

7. The Government are trying to protect the species

In Pakistan, hunting markhor is limited and only legal with expensive hunting licences. In India, it is illegal to hunt markhor. Governments are working hard to protect the species from poaching.

In the South of the Khyber Pass in Pakistan in the tribal areas, there are no wildlife laws, so the straight horned markhor is most at risk. They require protection as there are possibly fewer than 2,000 individuals due to the scattered populations.

This total is comprised of flare-horned markhor in eastern Afghanistan and in the Chitral, Dir and western region of Pakistan at around 1,500. Many more exist further east along the upper Indus. 3

8. Markhor horns are likened to snakes

In Folklore it is believed that it is able to kill snakes by using its horns and then it can eat them, although there is no evidence that this is true.

It is more likely that the Markhor has the ability to kill snakes with its strong hooves and that their horns actually resemble snakes due to their features. 4 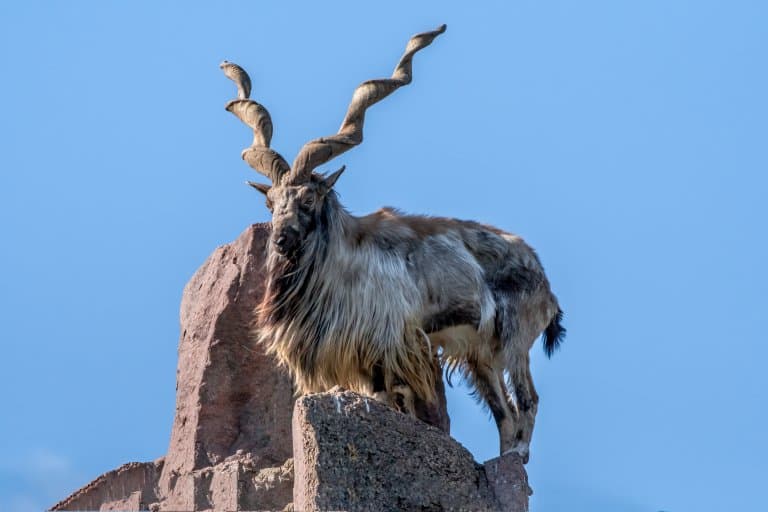 9. The male markhor is a solitary animal

The male markhor tends to be seen alone on the open grass and clear slopes, whilst in comparison the females tend to be in herds and want to climb up to the high ridges which are rocky.

This makes them difficult to catch as they stand up on these areas.

10. The markhor has some unusual predators

Alongside Lynx, leopards, wolves and bears – Feral dogs are suspected to be threat to the markhor as they have increased in the communities.

There has been calls for more control of the feral dog population and more education around the clean environment and disposal of waste correctly for biodiversity conservation.

Incredibly golden eagles have also been reported to prey upon young markhor.

11. Markhor were considered one of the most challenging game species

This is due to the danger involved in hunting them in then rocky mountainous terrain at high altitudes.

Markhor are also extremely aware of their surroundings, with excellent hearing and eyesight and will quickly run and let out an alarm call from any potential threat.

Markhor are classified as a near threatened species due to it’s small population size, which was estimated below 6,000 in 2013.

While there are concerns over poaching and habitat destruction, ongoing convervation efforts seem to be helping maintain population levels.