Lemmings are small rodents that only live in the Northern Hemisphere.

They have short legs, small ears, and are overall round in shape. Size-wise, they are generally smaller than your average domesticated guinea pig, but larger than a hamster.

They are infamous for various myths in popular culture, such as mindless mass suicide and deliberately walking straight off a cliff edge!

They are from the same super family as rats, nice, hamsters and gerbils, but they are closer to voles and muskrats.

They are predominantly herbivorous and diet on grass, moss, berries, shoots and roots.

Some species of lemmings behaviour is rather different to other rodents when faced with a predator. Rather than run or hide and despite their size, they can behave aggressively towards predators and even humans.

It is estimated that there are approximately 19 species of these adorable creatures. They vary in their coat colors, mating patterns, diet preferences, and much more.

Over the years, several myths regarding lemmings have arisen, but today, the majority of these have been debunked.

1. They do not hibernate

Unlike other rodents, lemmings do not hibernate in the winter and remain active all year round.

They accomplish this by traversing through tunnels and channels beneath the snow. 1 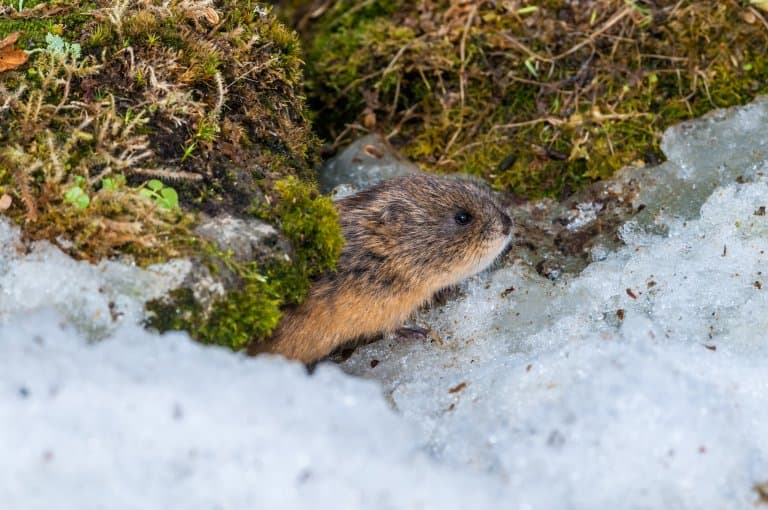 2. Lemmings do not commit mass suicides

In a 1958 Disney documentary, White Wilderness, lemmings were shown hurling themselves off cliffs, into the sea, and drowning.

It was later on discovered that this behaviour was staged by humans seeking to capture dramatic footage. 2

In the 90’s there was a popular video called ‘Lemmings’, where players had to guide lemmings through various obstacles and stop them from killing themselves!

3. Lemmings do not ‘explode’, but can be aggressive!

This is another hilarious myth! While aggressive and territorial, lemmings do not explode when they are angry.

They have been observed to confront animals larger than them in size, and so such myths may be attributed to their “explosive” demeanours.

Norwegian lemmings in particular are bright in colour, which means they ‘warn’ predators rather than hide – they are not timid creatures!

The population dynamics of lemmings have been of interest to researchers for quite some time. It is well established that population numbers frequently fluctuate.

However, the reasons for these variations have yet to be fully defined. Predation, disease, and food availability have all been proposed as potential mechanisms. 3

5. High pitched squeals are used to ward off predators

One of the lemming’s main defense weapons is its scream. It will expose its sharp front teeth and challenge its opponents with a high frequency acoustic display. 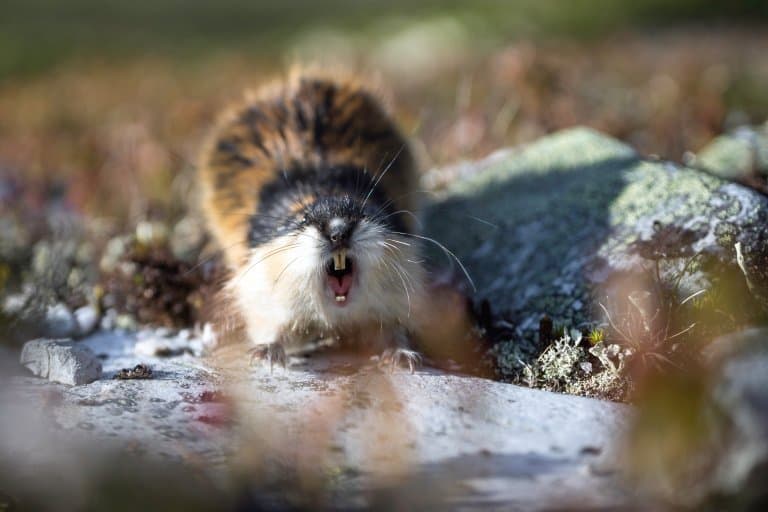 The rather high pitch and cute ‘shriek’ is incredibly brave, if you consider the size differences between a lemming and most predators.

The arctic fox is one of the lemmings top predators and in some areas rely on it nearly entirely for survival.

6. They have elaborate diets

Lemmings feed on a wide array of vegetation and have been found to consume roots, buds, mosses, berries, and bulbs.

When populations grow too large, lemmings may try to swim to new locations in search of new homes.

Unfortunately, if the body of water is too large to traverse, they can sometimes drown on the way. This might explain some of the mindless suicide myth! 4

Lemmings are not social creatures and prefer to keep to themselves.

They are fairly territorial and can become aggressive when approached. In nature, lemmings will come together to mate, then they go their separate ways.

9. Their fur is waterproof

Even though their coats appear quite thick and luscious, their fur is actually waterproof. This has its advantages when they are swimming in lakes and ponds. 5 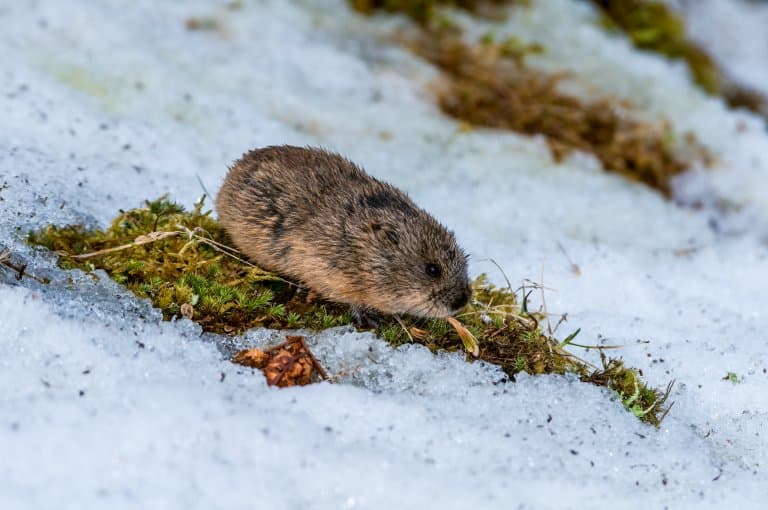 10. Populations peak once every 3-4 years

During these peak periods, lemmings are usually at their largest. Litter sizes are also increased during these times.

11. Their teeth grow throughout their entire lives

Like many other rodents, lemmings have teeth that constantly elongate. To keep this growth in check, they file down their teeth by chewing on tough foods and plant matter.

In addition to helping them hide from predators, lemmings have intricate burrow systems with areas dedicated to specific purposes.

There are “rooms” meant for food storage and others meant for nesting.

13. They can begin mating 3-4 weeks after birth

Lemmings reach sexual maturity quite early on. Some have been observed to begin breeding as early as 3 to 4 weeks following birth. Norway lemmings can produce a litter every couple of weeks.

14. Despite their roundness, lemmings are exceptionally flexible

The volumes of their bodies are essentially mostly fur so they are able to squeeze through small spaces with ease. 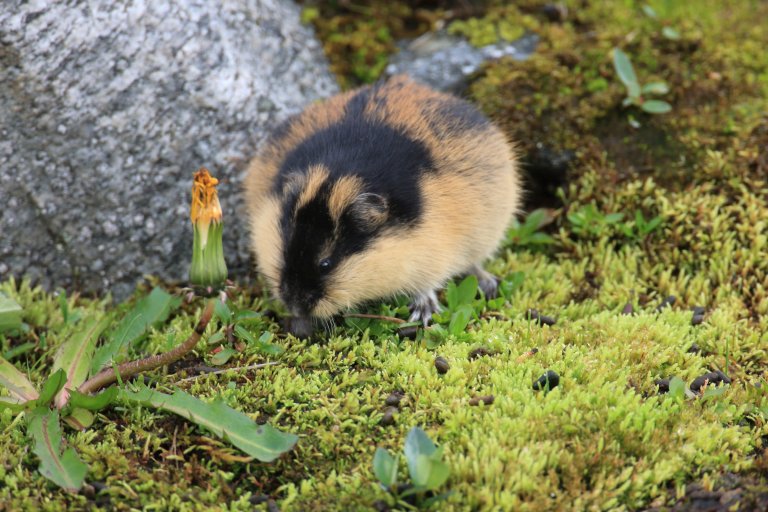 15. Their name can be used as an insult

Calling another person a ‘lemming’ is essentially saying someone is a ‘follower’ and that they do not have any individual thought for themselves.

This is in reference to the myth that lemmings will blindly follow each other off the edge of a cliff!

It can be transmitted to humans by bites or inoculation of the bacteria via skin and mucous membranes from contaminated animal tissue. Clinical manifestations can include fever, ulcers, swelling of lymph nodes, and breathing difficulties. 6