Honeyguide are a group of birds from the family Indicatoridae, some of which are known for guiding people to sources of honey in the wild.

Their name comes from the behaviour of just one or two species which actively lead humans to honeybee colonies. They are also known as ‘indicator birds,’ as is shown in the scientific name of the greater honeyguide: Indicator indicator. 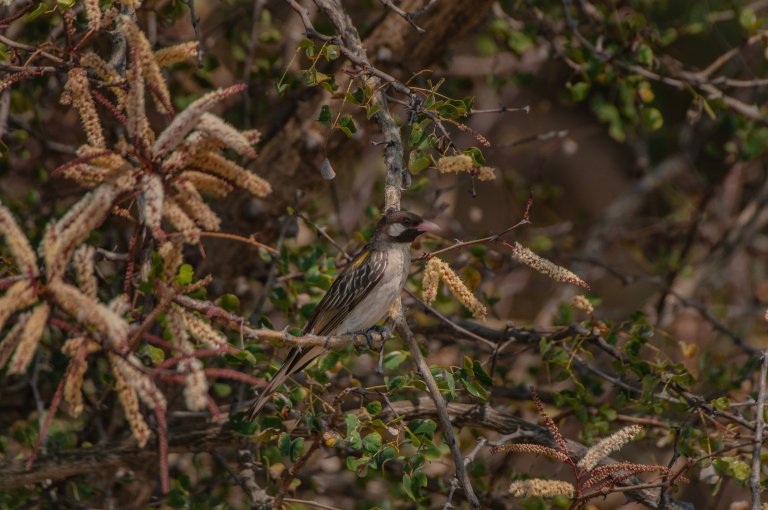 Most of what is known about the birds’ guiding behaviour comes from studies in countries in sub-Saharan Africa, including Kenya, Mozambique, and Zambia.

A study performed by the University of Cambridge with honey hunters using honeyguides showed that the hunters were 3 times more likely to find honey with the birds, than searching alone 1.

The following facts apply mostly to the greater honeyguide (Indicator indicator), because much less is known about the behaviour of other honeyguide species.

This can be risky as it may disturb the bee colony, leading to a fatal swarm attack! So instead, they work with humans when possible. 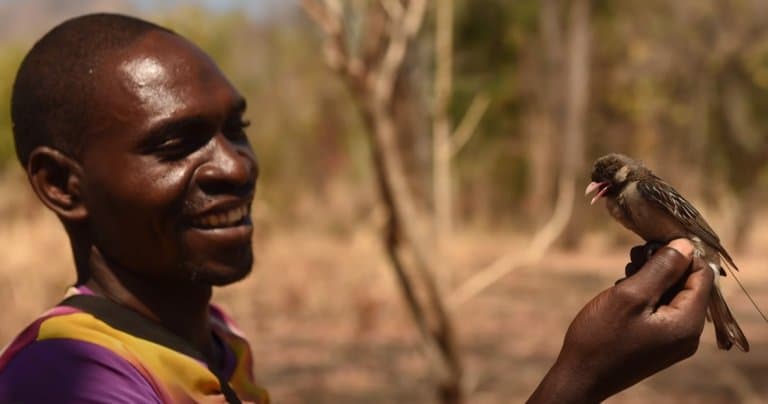 2. They benefit from human assistance when trying to reach honey

Humans open up access to the honeycomb when they hunt for honey by cutting a hole in the tree-trunk or felling the whole tree and then smoking out the bees.

The honeyguide will wait patiently, and fly down to pick up any remains and leftovers.

3. It works co-operatively with humans to locate bee nests

This is a relationship that benefits both the honeyguide and human honey-hunters, an example of ‘mutualistic symbiosis.’

4. It attracts the attention of tribes by its calls and flight patterns

The bird’s flight patterns, perching height, and its calls show the direction and distance of the hive and indicate when the hunter has arrived at the right location. 2

5. It recognises special calls and whistles

When hunters want to go looking for honey with the honeyguide’s help, they make particular calls or whistling sounds, which the honeyguide responds to.

Research has found that the Yao in Mozambique learn and pass on a specific call – like a brrr-hm sound – from father to son. 3

6. It evolved this relationship with humans long ago

It is thought that, even before our species evolved, honeyguides were guiding our hominin ancestors to bee nests. 4

7. It has a unique relationship with man

Despite anecdotal reports, research has not found any evidence of a similar co-operative relationship with, for example, the honey badger, Mellivora capensis.

It’s thought to be the most developed, co-evolved and mutually helpful relationships between any mammal and any bird – that isn’t domesticated in anyway.

8. They are not directly rewarded by the honey-hunter

Previously, it was thought that humans must offer a portion of the honeycomb to the honeyguide to repay it for its guiding services.

Evidence shows that this is not the case, and hunters may even bury dropped honeycomb ‘to keep the honeyguide hungry.’

Despite this, it seems that the bird manages to feed sufficiently on leftover fragments.

9. They can guide people to farmed beehives, too, adversely affecting the colony

Not only is the honey crop damaged, but the honeyguide may also infect the hive with a form of blight.

10. Honeyguide breed once a year

Female and male honeyguides start to breed at one year of age, and they breed once a year in September or October.

11. They are a brood parasite of hole-nesting birds

The female honeyguide lays one egg in the nest of a specific host bird, who then incubates the egg and rears the hatchling as its own.

12. Honeyguide lays eggs that mimic the shape of its host’s eggs

Different lineages of honeyguide lay eggs that match the shape and approximate size of those of the host bird. 5

13. They destroy all other eggs in the nest

14. They attack any host chick in the nest

When a honeyguide hatches, 18 days after laying, it ensures that it is the only survivor by flailing around and killing unwanted chicks with its toothed hooked bill. 7

In all this time, it’s the host female bird who feeds and cares for the honeyguide in place of her own chicks. If young are inadequately fed, their wing patterns don’t form properly, and ‘fault bars’ can be seen. The female honeyguide plays no part in rearing her young. 8

16. They are not taught by any other honeyguide how to respond to human beings

This means that it must inherit the remarkable knowledge of how to work co-operatively with people. 9

17. They are found in the central African rainforest

As well as in the drier regions of sub-Saharan Africa.

Forest species such as the dwarf honeyguide (I. pumilio) and scaly-throated honeyguide (I. variegatus) are reported to show guiding behaviour, too, but this remains to be researched. 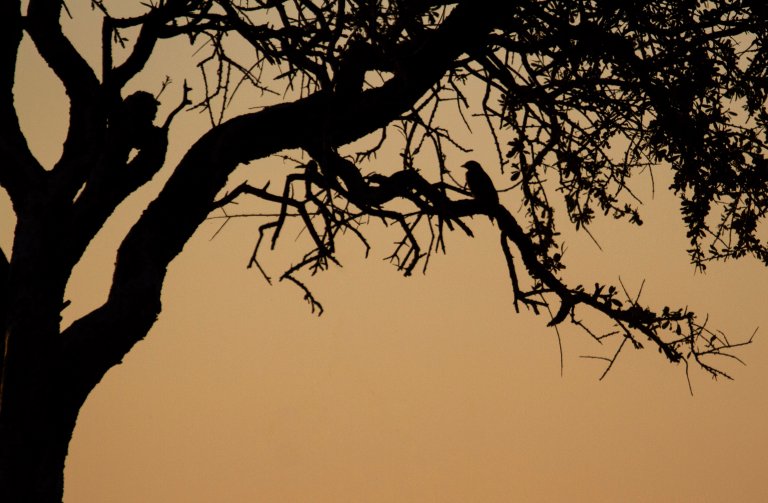 18. Honeyguide could lose its mutualistic relationship with human beings

Honeyguides may continue to try to communicate with people but sadly, due to social and cultural change in many parts of Africa, this ancient relationship is disappearing. 10