The colossal squid, Mesonychoteuthis hamiltoni is a deep-sea squid that occupies some of the coldest, darkest parts of the Southern ocean (also known as the Antartic ocean).

They are sometimes referred to as the giant cranch squid and the Antartic squid. 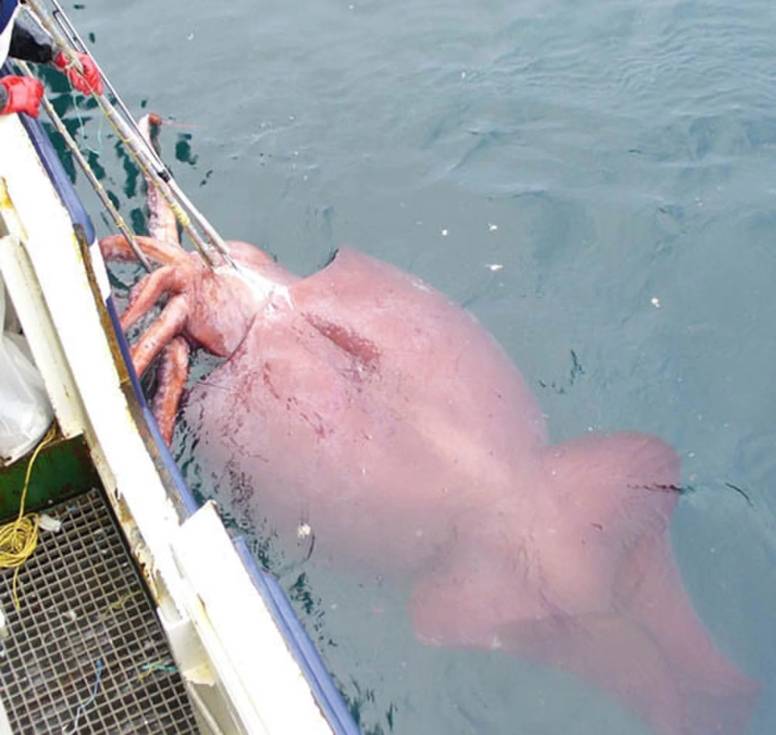 Antarctica is home to some of the weirdest and most mysterious animals on earth. An entire continent, uninhabited by humans, left under the ice for 34 million years, and only visited by a handful of scientists (and Metallica that one time).

There’s a lot going on in Antarctica that we’re only just finding out about, and some of it involves the heaviest invertebrate ever recorded. The colossal squid is also an intelligent, elusive predator with the largest eyes in the animal kingdom.

Although we don’t know much about it, we can assume from its cousins that the colossal squid is likely to be pretty intelligent, despite it being related to a garden snail.

This enormous cephalopod is shorter than its cousin the Giant Squid, but much more buff. It has a wider body, which gives it the extra weight. Despite its size, it only seems to bother hunting fish, but it is itself hunted by numerous predators at every stage of its life cycle.

Like other squid, it has eight arms, two tentacles, a head, a beak and fins. They mainly diet on Antartic toothfish, but will also consume other large fish and smaller squid.

They have been rarely ever captured in photos, or on film.

1. They are the heaviest squid

While its cousin the giant squid has measured longer, the colossal squid is the heaviest!

2. It’s not the meanest fish in the sea

As mean as this monster sounds, it’s preyed upon by a surprising cohort of birds, whales, and fishes. So far, 17 predator species have been found with colossal calamari inside them.

Colossal squid are thought to be major prey for sperm whales in particular, which are the largest of the toothed whales, which can reach over 20m in length. 1

3. The colossal squids eyes are as large as a basketball

The largest eyes on the planet didn’t evolve for finding prey in the dark. It seems like they’ve evolved to be 27cm in diameter in order to adapt to spotting sperm whales descending to the deep.

Sperm whales probably are the meanest fish in the sea, despite being mammals.

They regularly enter the territory of the deep-sea monsters and it’s suspected they can incapacitate them with a powerful sonic shockwave. 2

For such a gargantuan creature, the colossal squid makes some tiny eggs.

They’re about 3mm across and float about in the ocean, hatching in shallow water. It’s thought that female colossal squids can produce 4.2 million of them!

5. Their nemesis is the Antarctic Toothfish

The colossal squid population enjoys a nibble on the Antarctic toothfish whenever they get the opportunity. They have been known to pluck the toothfish from fishing lines.

Though this may have caused a bit of a vendetta because it’s also reported that the toothfish will eat wounded or dying squid in return! 3

6. They may be much bigger than we know

While colossal squid has been discovered that reached 495kg, there have been beaks found inside sperm whales that belong to the species and imply much larger animals exist. It is estimated that these beaks belonged to squid as heavy as 1500lb (700kg). Not bad for an animal with no bones!

Their beak is essentially the mouth of the squid, and is a hard structure surrounded by muscular tissue. The colossal squid will use its beak to chop and slice prey before consuming. 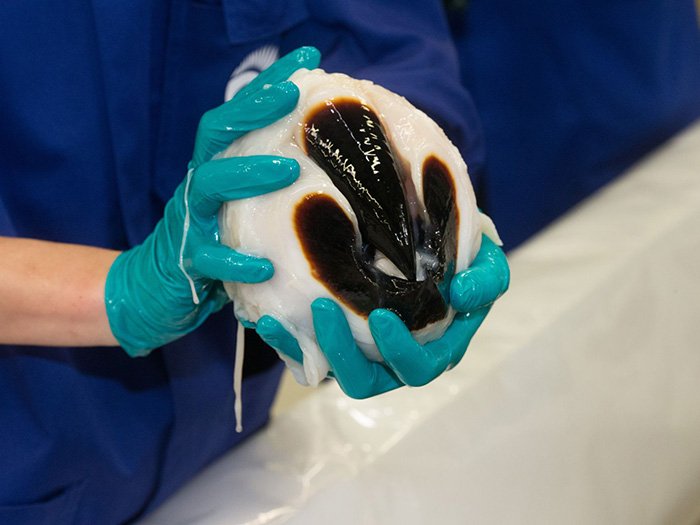 This of course means that it’s unlikely we have seen the largest. Maybe there are gargantuan squid down there, evading capture…

The tiny eggs are thought to spawn in shallow waters and on hatching, the young spend their early lives at that depth.

One of the reasons for hatching colossal squid eggs in the shallows may be to avoid predation from other squid.

While there are a lot of planktonic and small larvae up there for the young to feed on, they’re also avoiding the much larger and cannibalistic adult squid. Remains of other squid have been found inside adult specimens.

9. Colossal squid have hundreds of hooks

Something that sets the colossal squid apart from other squid in its family is the hooked arms and tentacles.

These hooks help them latch onto slippery prey items and pull them towards its enormous beak.

10. They live in the bathypelagic zone

This is a layer of ocean between 1km and 4km deep. It’s very deep, but it’s not the deepest. Beneath the colossal squid’s chosen habitat is an abyssalpelagic zone, a deeply mysterious and frigid environment.

The colossal squid probably stays above that zone to find food, but it’s fun to imagine either that it’s avoiding an even more frightening predator than the sperm whales, or that the samples we’ve found so far were not fully matured…

Since these squid inhabit deeper regions of the ocean as they age, could it be that there’s a much larger, older population at the very bottom of the ocean?

11. They’re a product of abyssal gigantism

When invertebrates inhabit deep-sea environments they have a tendency to get big. There are a few proposed reasons for this. First of all, it’s really quite chilly down there, and the larger you are, the less heat you lose to your surroundings. This makes being really big an advantage to some animals.

Another product of a cold environment is slower maturation; most animals only grow until they’re big enough to breed – maybe a little more – and stop soon after. If the cold temperatures delay sexual maturity, it can possibly lead to a much larger animal.

Perhaps paradoxically, sometimes a lack of food selects for a larger animal. In the ocean, you have to be quite big to be powerful enough to swim long distances.

There are many examples of this in other animals of the deep. It’s still a mystery as to why it happens, though. The trouble is, it’s so dangerous and expensive for humans to get down there, not many people have been able to effectively study it.

Due to their habitat, interaction with humans or fishing is extremely rare. While their total population size is unknown, there is little concern about them.