Zorses are the offspring of two different animals: the zebra and the horse. As a result, they are what is known as a hybrid, such as mules (the offspring of a male donkey, and female horse).

Zebroid is the term used for zebra hybrids, and while a zorse is officially the offspring of a zebra stallion and a horse mare, the names can sometimes be used interchangeably. 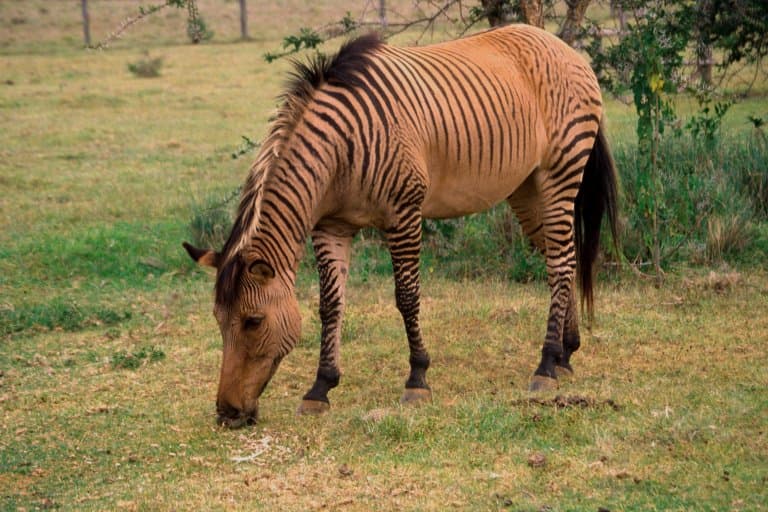 Zorses can occur through commercial breeding or in the wild. In captivity, zorses are bred because of their personalities and ability to work. Typically when they occur in the wild, it’s through some sort of human intervetion, such as human setllements encroaching on the zebras natural habitat.

They’re a common sight on farms and even on hiking trails and zoos in Africa and the zebra gene can provide extra resistance to disease and pests.

Most often, zorses are created from male zebras and female horses. However, this is not always the case. In some rare instances, the roles may be reversed.

Typically hybrids have a mixed name of the male parent, followed by the female parent. Zorses can also be called ‘zebrose’, ‘zebrula’, ‘zebrule’, or ‘zebra mule’ just to confuse naming a little more.

Like their horse and zebra parents, zorses flock together in groups known as herds. Female zorses are known as mares, and males are known as stallions. Because zorses are hybrids, they are sterile and don’t produce offspring. However, if they did, they’d be known as foals.

1. They are the offspring of horses and zebras

The most important thing to know about zorses is that they are the hybrid offspring of horses and zebras. They are typically the result of a male zebra and a female horses, but this isn’t always the case. Sometimes, it can be a female zebra and a male horse, and these are known as ‘Hebra’.

This isn’t common with intentional breeding, however, because most breeders prefer to use female zebras to produce more zebras – not more hybrids. 1 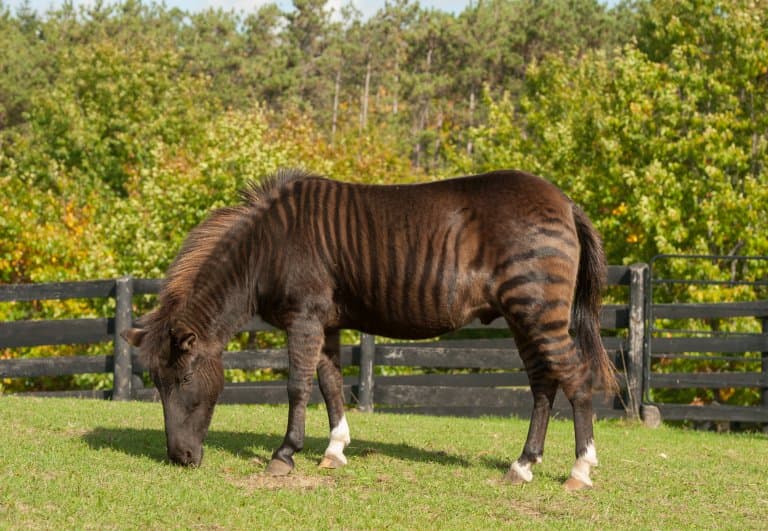 2. Crossbreeding can result in some form of dwarfism

While horses, zebras, and donkeys look similar and belong to the same genus, each species has a different number of chromosomes – so this is not surprising.

Another hybrid, the liger – which is a cross between a male lion and female tiger – suffer from the opposite issue, and can experience gigantism, while dwarfism is known to occur in Tigons.

3. Zorses can eat all day

Zorses have a unique type of stomach that is actually designed in such a way that it can handle food passing through it all day.

In fact, zorses, like their equine parents, often thrive with constant food. Because they’re able to digest and move food along their intestinal tract so quickly, they can essentially eat nonstop all day!

4. The stripes on a zorse are like a fingerprint

Have you ever heard that no two zebras have the same stripes? The same goes for zorses.

Zorses may not be fully striped like their wild parents, but they do feature some markings. These are most common around their legs. Their stripes are like a human fingerprint: completely unique to each individual!

There are few other types of animals that have fingerprints or unique characteristics. One of these animals is the koala. 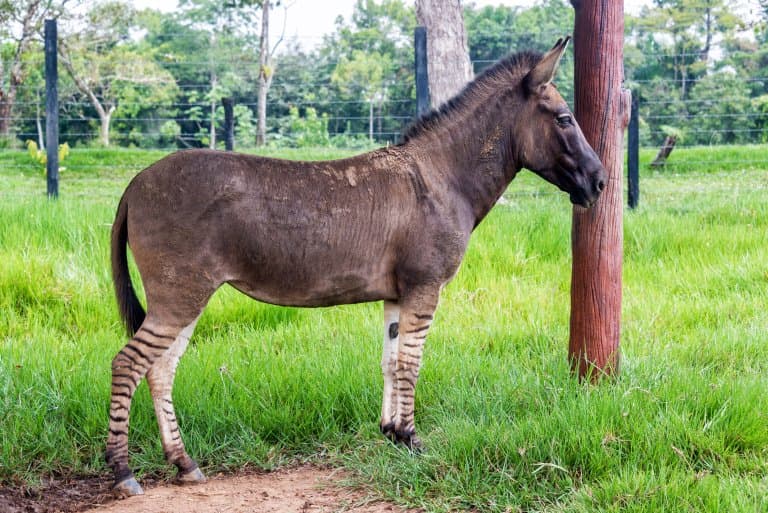 5. Zorses are a type of zebroid

When it comes to animals, we like to make sure everything is thoroughly classified. As a result, some animals, like the zorse, can be classified in many different ways.

For instance, zorses are a type of hybrid. However, they’re also a unique type of hybrid known as a zebroid. This means that they are specifically a zebra hybrid.

6. There are no animals with zorse parents

This is due to the fact that zorses are completely sterile. This is a common trait among hybrids, with common combinations like mules, which are the product of a donkey and a horse, also being sterile.

However, it goes beyond animals. Even hybrid plants like the modern banana are sterile.

As a result, hybrids lack the specialized cells needed to reproduce.

One of the most notable facts about zorses that make them such beneficial additions to farms and other areas of work is their hardiness. While there are other hardy horse hybrids, few are like the zorse.

These benefits paired with the natural endurance and stamina that zebras have to offer make them a better choice than other types of horse hybrids for certain jobs. 2 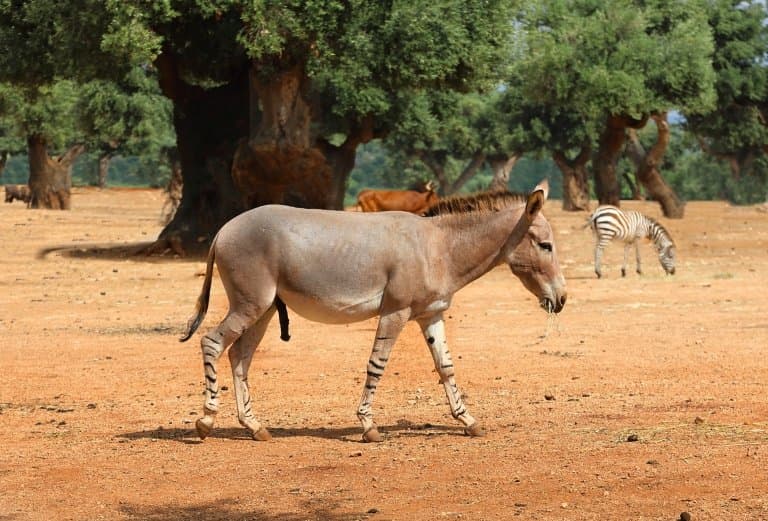 8. There are hundreds of types of zorses

Not all zorses are created equal.

At the root, zorses are essentially just zebras combined with horses. This means that they are a combination of Equus zebra and Equus caballus. However, there are several subspecies of these that can breed in order to create a zorse.

You guessed it, this a hybrid between a Zebra male and a Donkey female.

While these zebra-donkey hybrids are very rare, they can be found naturally in the wild in South Africa, where zebras and donkeys are found in proximity to each other. 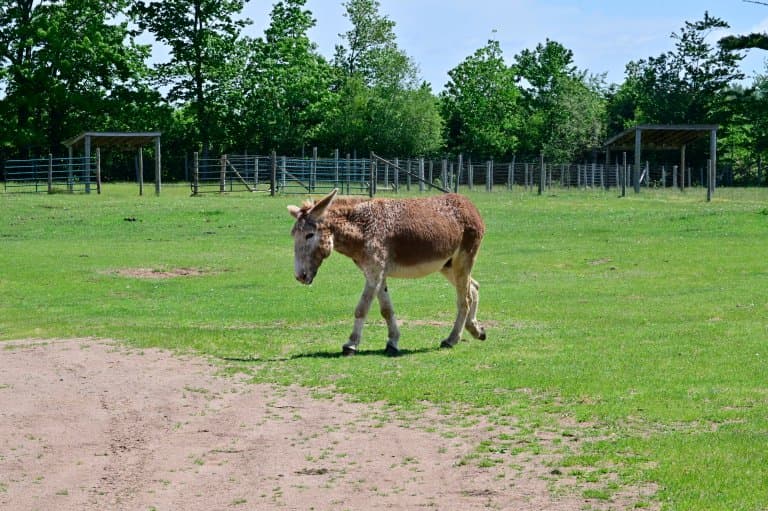