Wherever you are in the world, there’s a good chance you’re not far from a ‘chiggy pig’, or a ‘boat builder’. There’s also a good chance you’ll have a different local word for it, as these small isopods are prevalent in almost every garden on earth and have been for over 100 million years.

They’ve had time to gather a reputation, and are known as woodlouse, or ‘woodlice’ as plural. They get their name from being found in old wood. 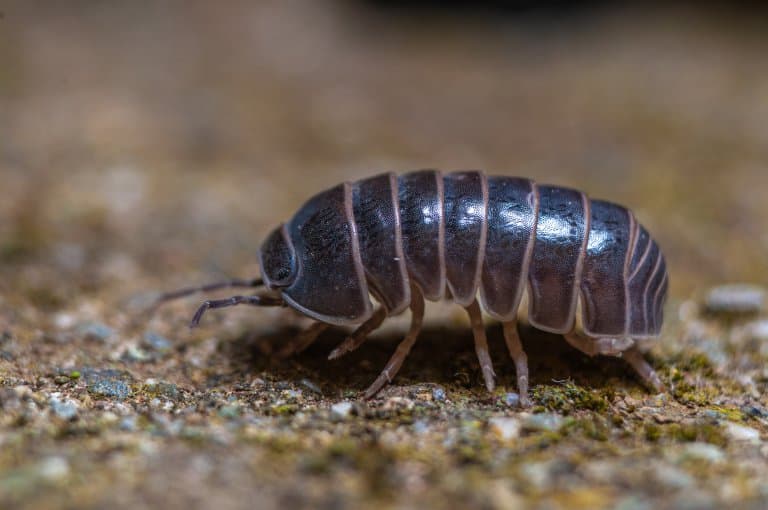 Woodlice are miniature grazing animals; land crustaceans that diverged from their marine ancestors in the frighteningly distant past, and eventually made the bold journey onto land (this was before it was cool and everybody was doing it).

Despite being so common, they’re a little hard to classify. These are remnants of an ancient aquatic lineage, with some unusual yet familiar adaptations, and everyone seems to have their own idea of what they’re called.

They are nocturnal and live in damp, dark places and can often be found hiding under stones, wood, in compost heaps or in walls.

They have a shell-like exoskeleton, which they moult progressively as they grow, the back coming off first, before the front half – and a new shell taking its place. They have seven body segments, 7 pairs of legs and an pair of antenna that helps them find their way around in the dark.

Woodlice like to diet on rotting plants, decaying wood, fungi, algae, fallen fruit, dead animals and even their own faeces. Lovely!

Despite all this, they could make good company as pets in the living room of the right owner.

We’re starting off strong with the best word on the list. Conglobating animals can roll into a tidy ball, often for protection. Armadillos can do this, and the result is an impenetrable sphere that helps prevent predation.

Some species of woodlouse, such as the pill bug woodlouse Armadillidium vulgareare are even named after the armadillo for this reason. 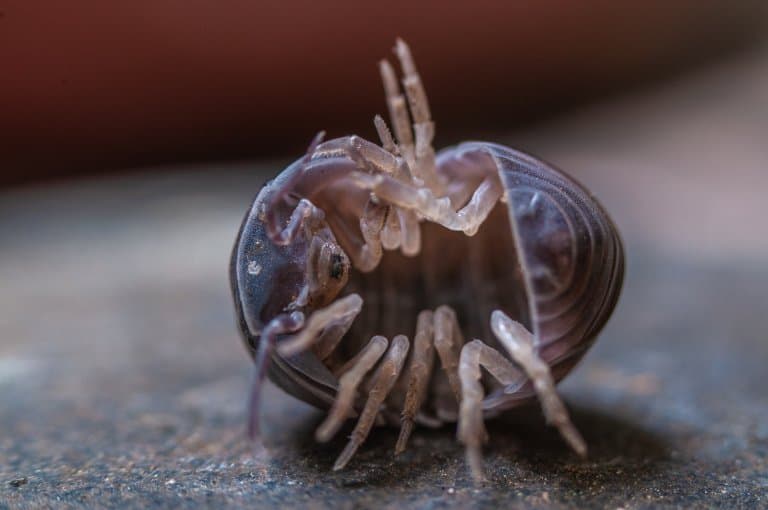 Woodlice are prone to dehydration in dry environments, and it’s been shown that during conglobation, water loss is reduced to around half what it would normally be. This suggests that rolling into a ball may also function as a conservation strategy during dry spells. 1 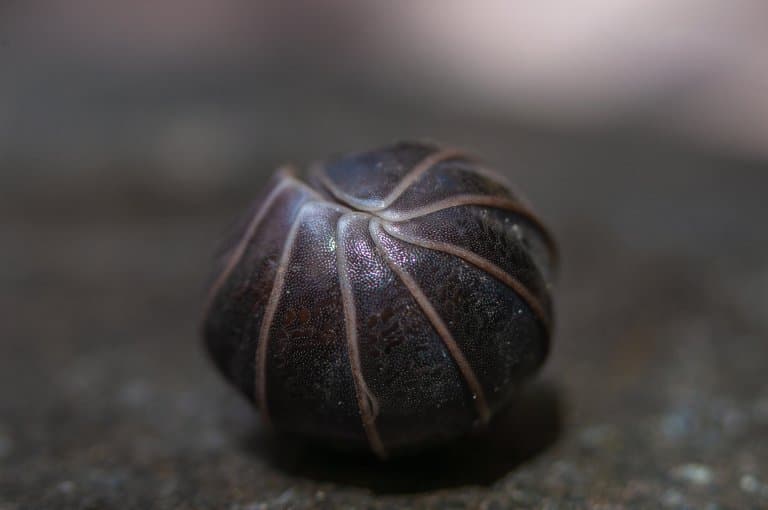 Woodlice, like all animal lineages, originated in the oceans. Maybe isopods still live there, but during the early stages of land invasion (certainly some time before the cretaceous period; perhaps well into the Carboniferous), the pioneers left the water and took their chances in the relative desiccation of the new frontiers.

While they developed special modifications to help them deal with the different terrain, their descendants maintain at least eight ancestral characteristics (synapomorphies) of the primitive, marine versions.

One of the major limiting factors for such a move was in the development of their young. In the water, eggs can be spawned into a wet environment and mature with the protection of the watery habitat in which they evolved. On land, animals needed to figure out a way to mimic this nurturing medium in order to protect their eggs and young from drying out.

For this, woodlice evolved a pouch. 2

The mammalian infraclass, Marsupialia, is named after the pouch sported by many of its members, in which they house their young during the early stages of development.

This pouch is called a marsupium, and while these fluffy little proto-mammals are well known for it, they’re not the only group of animals to evolve such a brood strategy.

Many frogs have a marsupium, as do a number of isopods, including the incredible Antarctic giant isopod, and the star of this show, the woodlouse. These isopods have a single-layer flap of skin containing lots of cells specialised for nutrient transfer.

The female lays her eggs in the marsupium, and they develop inside for several moults before emerging. Unsurprisingly, only the female has a marsupium, which houses developing young in an environment capable of controlling both the oxygen and water levels; both of which are considered the major drivers of animals’ move from the oceans to the land.

While you may be thinking that this doesn’t make them marsupials, it’s worth noting that Marsupialia are characterised by the angle of their urinary tract, and many don’t have a pouch at all, so woodlice have as much right to the name as anyone else! 3

There are 40 species in 10 different families just in Britain. 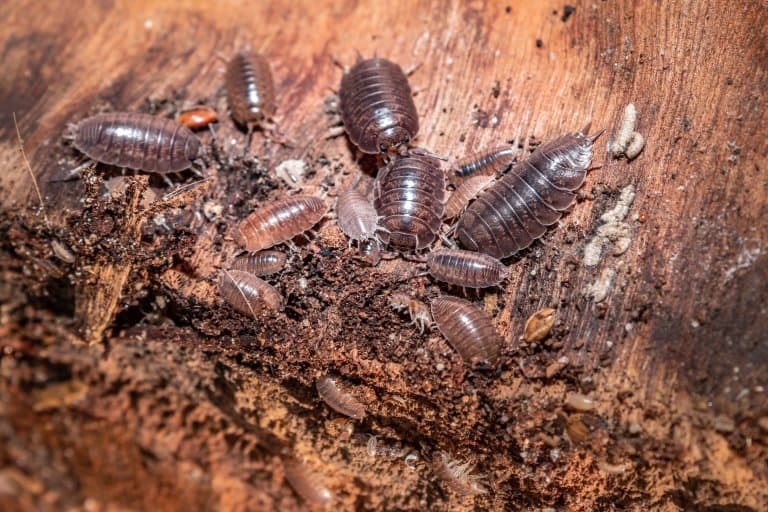 5. The woodlouse has over 250 different names

Being exceptionally widespread and very common, woodlice have gathered a substantial list of nicknames over, the various cultures and time periods.

Researchers found they were called over 250 different names in a survey.

In Welsh it is known as a mochyn coed, which means wood pig, while in Scotland it’s called a ‘slater’.

In Swedish it’s known as a grey sucker, in French it’s a close-door, and in Spanish, it’s (possibly erroneously) named after a red hemipteran bug from Mexico, traditionally used in dyes.

In the Netherlands, they’re called pissabeds! 4

6. Woodlice breath through gills in their hind legs

Gills are not just for breathing underwater, although the woodlouse doesn’t exactly breathe air.

Its gills are located as apendages to the top of their legs, which are almost always covered in a thin layer of water.  When oxygen from the air meets this water veil, it gets absorbed into their gills.

This is why woodlouse live in moist areas, as if they dry up, they can suffocate. 5 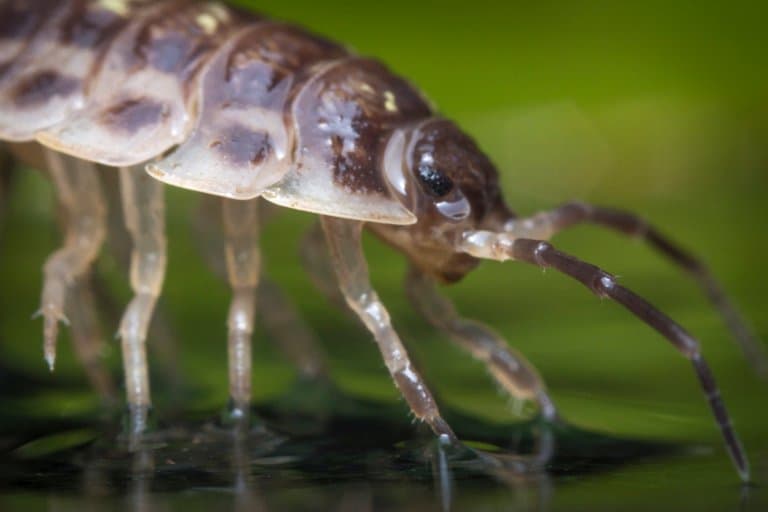 Woodlice make a distinctive bad smell by getting rid of their waste by excreting a strong-smelling chemical called ammonia, which passes out through their exoskeleton as a gas.

It’s time for the second-best word on the list. Detritivorous animals are ones who rummage around the substrate of an ecosystem, amid the detritus, or decaying plant and animal matter.

Many bottom-feeding fish are detritivores, as are woodlice, and while this may sound like a relegated position, it’s actually one of the most significant in ecology.

Without detritivores, leaf litter wouldn’t break down, and the nutrient cycle would collapse! We would have no soil, no compost, and waste would pile up.

Woodlice are classified as primary decomposers, helping to break down the larger form of waste into digestible pieces for the later stages of the decomposition cycle. 6 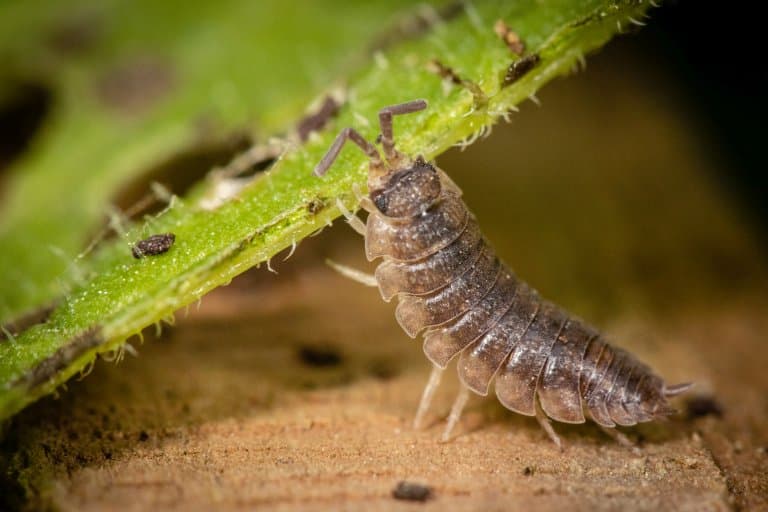 9. They are not many things, including an insect

With all the different names going around, it might be interesting to point out that none of them isreally accurate. Perhaps unsurprisingly, woodlice are not pigs, pills, potatoes, boat builders or bugs.

This last one could be splitting hairs a bit because the colloquial term for anything small and wriggly is a bug. However, that word is also a taxonomical term referring to insects in the order Hemiptera or the “true bugs”.

As it happens, woodlice are not even insects. They’re Isopods, which are a branch of crustaceans, meaning they’re more closely related to crabs and prawns than anything else they’re named after.

However, they’re so distantly related to these, that it’s hard to imagine. It’s thought that Isopods branched off from their common crabby ancestors around 430 million years ago; a good 50 million years farther back than the fishy ancestor of humanity Tiktaalik.

Finally, they’re not even a single taxonomic group.

Perhaps fittingly, woodlice cannot be truly categorised beneath the order level of classification, instead being grouped as a pair of infraorders: Diplochaeta and Holoverticata. These two groups form the polyphyletic suborder, Oniscidea.

If that sounds convoluted and nonsensical, that’s because it is. Welcome to taxonomy!

Despite being crustaceans just like shrimp, crabs and lobster, woodlouse are not quite as delectable – they are said to taste like urine!

This doesn’t put off frogs, centipedes, shrews, mice and spiders that all like to snack on the poor woodlouse given the opportunity. 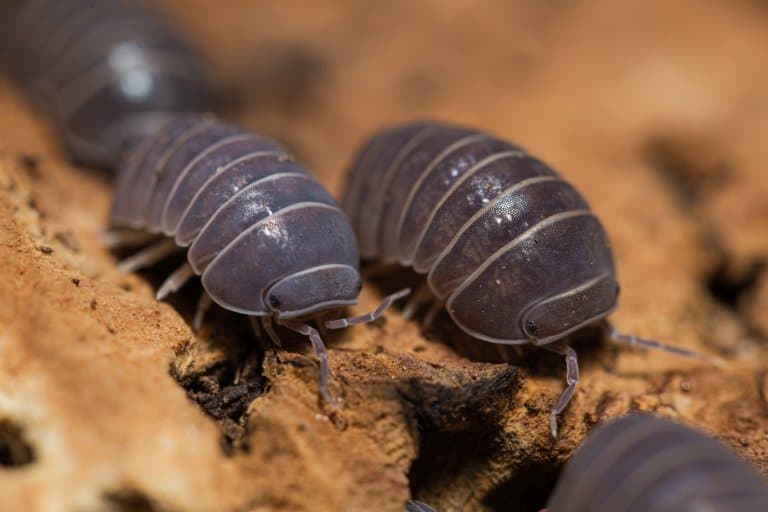 Woodlice are easy to look after, and they will sit happily inside a humid terrarium, munching away on decaying leaf litter and vegetable scraps.

They are animals that prefer to live in groups and may be considered somewhat social as a result. Certainly, the extended brood care of the species with the marsupium would classify them as sub-social animals, but it seems that even in adulthood, they prefer to be with their own kind.

They can be kept in groups of up to seventy, without any issue, and keeping woodlice is a great way to witness these peaceful little boat builders go about their daily lives and witness their lifecycles in full. Just make sure to provide enough hiding spaces for them to feel at home!