In the Marvel universe, Wolverine is a solitary force with a reinforced skeleton, sharp, retractable claws; a stocky build and a ferocious temperament.

While the superhero suffers from an acute case of fictitiousness, there is a very real animal counterpart with all of these qualities.

The wolverine, or wolverene, is from the family Mustelidae and is the largest land dwelling species from that family. Wolverines are muscular and stocky carnivore’s, which actually resemble a small bear. They are also referred to as glutton, carcajou, or quickhatch.

They are found in remote areas in the Northern Hemisphere with the majority of them in Northern Canada, Alaska, the Nordic countries of Europe, western Russia and Siberia. 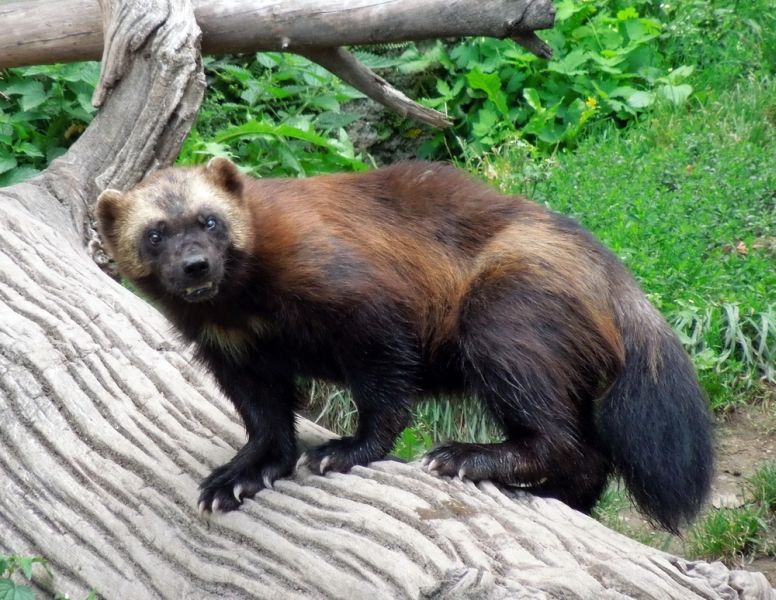 Wolverines are unique among animals of their size in their ability to tough out some of the harshest conditions and bring down animals over three times their mass.

The wolverine is the same length as a medium-sized domestic dog, and low to the ground with short legs, a broad, rounded-head with short rounded ears and small eyes. Although their legs are short, the wolverine has large paws that contain five toes. The paws also have crampon-like claws.

The animal itself has a plantigrade posture which permits it to easily climb up and over cliffs, even particularly steep ones, snow-covered peaks and trees.

They are primarily scavengers and will feed on carrion left behind by other predators, or death from the harsh climate they live in. However, they are also capable of killing their own prey, and will eat small rodents, and even those larger than itself.

Very little comes close to the toughness of these small-ish predators, and their tenacity allows them to recover from the brink of local extinction with the slightest of protections.

They have fascinating adaptations and can get along in the strangest company. Wolverines are a great example of the balance between solitary toughness and cooperation.

Wolverines are bear-like animals with a ferocious reputation.

They’re the largest of all the mustelids; small predators in the badger, weasel and stoat family. Once you see it, you can’t un-see it: when wolverines move, they look distinctly weasel-like.

But there are certain differences that wolverines exhibit that put them a step ahead of their peers. First of all, they live in places where others can’t. 1 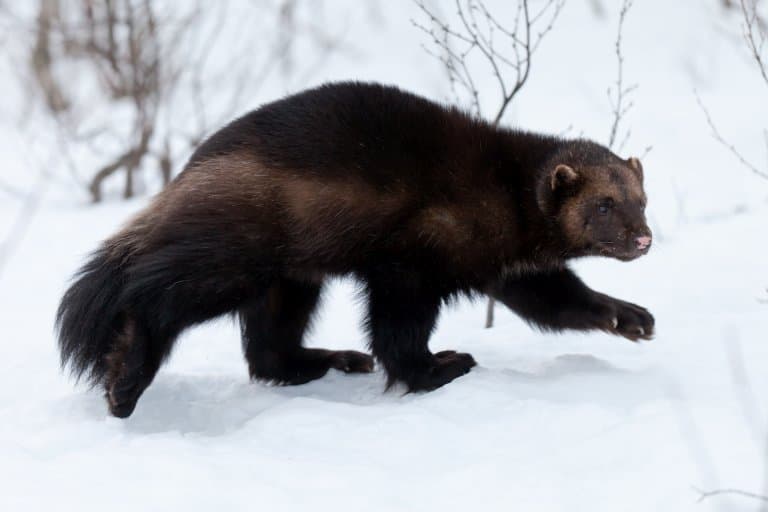 They’re also exceptionally strong animals for their size. Their feet are wide and flat, allowing them to traverse snowy wildernesses, and they have powerful muscles and jaws that allow them to scavenge frozen carcasses while they’re out there.

They can retract their claws, to a degree, and they have good endurance – they’re able to travel well over 48km / 30 miles in a day (or night), despite having short legs. 2

3. Their fur is resistant to frost

The fur on a wolverine is thick and oily and is dark in color. It is also highly hydrophobic which means it resists frost, even when they roll in it.

It is because of this that hunters and trappers look to the wolverine hide for use as a lining in outerwear worn in Arctic conditions. 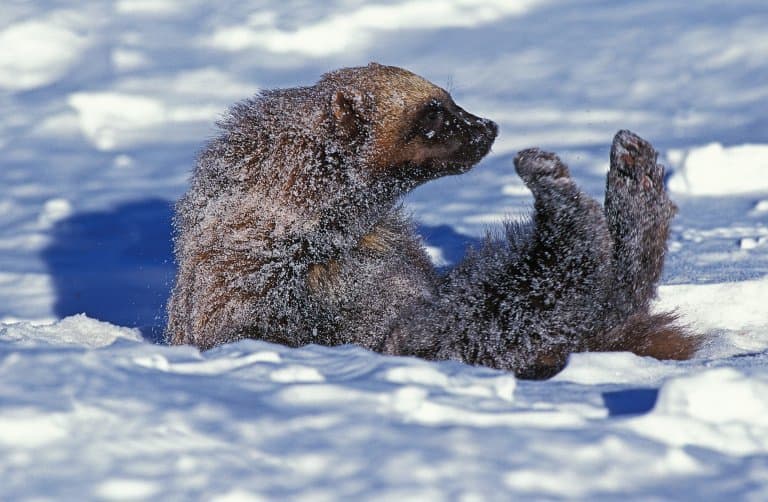 4. They have no equals

These are animals who are very well adapted to the frozen wastelands, but they also do something different than other animals their size. Wolverines reliably go after prey much bigger than they are. In fact, they’re specialised for it.

Their robust bone structure and powerful musculature have given them the capability to tackle significantly larger animals such as reindeer, with an almost rabid ferocity; something which is unmatched in any niche in the tropics.

Not only is this animal capable of tackling prey that would destroy any other animal its size, but it can do it in a middle of a blizzard.

They have a special upper molar at the back of their mouths that is rotated 90 degrees, which helps them tear meat from prey or carrion that has been frozen solid.

5. They may need more efficient predators to survive

Still, hunting larger animals isn’t the predominant feeding strategy of the mustelid and is in fact a resource-intensive one. They will commonly hunt smaller animals such as rabbits and rodents, but most of their large game diet comes from scavenging.

Being smaller, they’re under threat from much larger predators such as wolves or bears, but will still put up a good fight if attacked.

Still, without those predators, a vital component of the wolverine’s diet might be lacking. 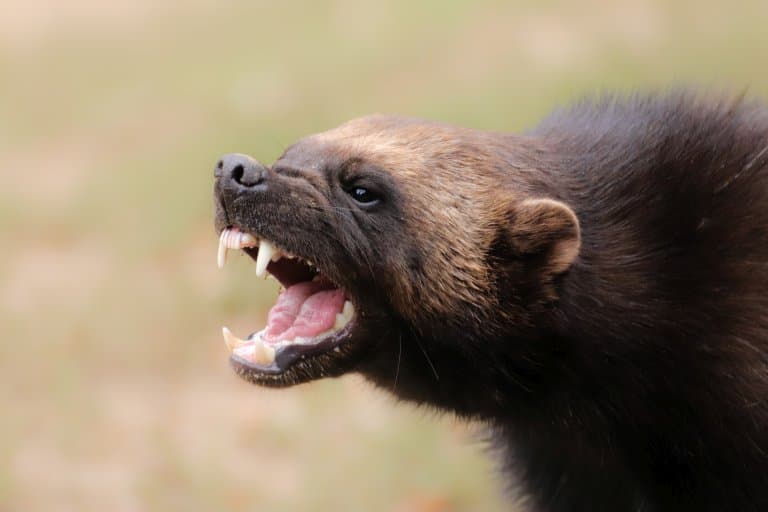 ‘Managed’ ecosystems are often relatively damaging to a lot of animals, and much like the removal of rotting wood from forest ecosystems, what appears to be a clean-up effort can be the removal of a valuable resource for ecologically significant animals.

Areas in which wildlife management practices include the removal of carrion from the area or excessive ungulate removal from hunting or other population control can impact wolverine numbers.

Excessive logging can also have an impact since it drives the food sources to other locations.

Like many other mustelids, they mark territory with their stinky scent. The pungent smell means that they can also be referred to as the ‘skunk bear’ and ‘nasty cat’. 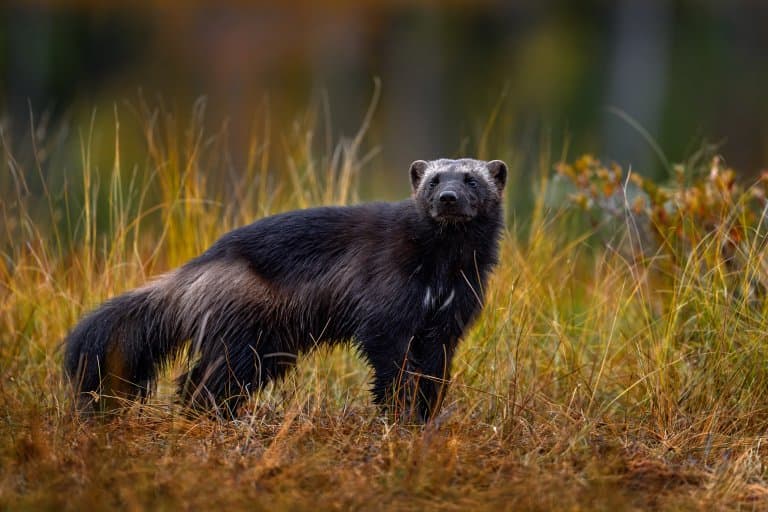 8. They are cool with Lynx

Despite seemingly occupying the same niche, many animals find ingenious ways to avoid competition. Competition is costly, and even in areas where animals share the same food sources, there are solutions.

Tits are known to partition the niches available to them by hunting for insects in different ways. Blue tits hang upside down to catch food, while the marsh tit will feed lower down in the shrubbery to avoid getting in the way.

Niche partitioning involves finding cost-effective ways to get along, and it is suggested that this is also true for the lynx and the wolverine.

It’s thought that the different methods of hunting allow the two mesopredators to occupy the same space and exploit the same resources without coming to blows.

Wolverines will follow lynx and wolf trails to scavenge their leftovers. 3

Habitat management isn’t their only threat. The wolverine has been consistently driven out and killed from a number of its original habitats due to its ability to take down livestock.

In Norway, eradication campaigns reduced numbers so low that protections came into place in the 1970s to bring their populations back up.

This led to a rapid return of wolverines to their old hunting grounds, and a corresponding increase in livestock deaths amid sheep and reindeer herds.

In studying the best way to navigate this problem, researchers determined that killing wolverines does seem to have an effect on protecting livestock, but very briefly. These animals are so tenacious and powerful that only eradication would stop them.

Instead, introducing breeds of livestock that are more able to protect themselves should have an effect, as should replacing unguarded grazing with active protection for the flock.

Livestock farming accounts for more than three-quarters of farmed land, making it the most significant contributor to habitat destruction of any farming practice. 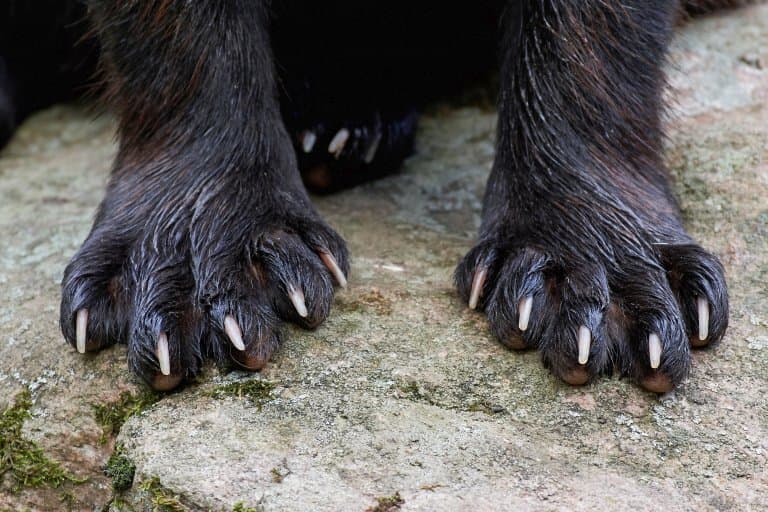 10. Their range is greatly reduced

As with most animals, wolverines have been invaded by humans. In Canada, for example, logging, development, mining, and transportation are continuously seeping into the home range of wolverines, and on top of that, the widespread poisoning of wolves as pests can greatly reduce their numbers too.

Protected areas are a testament to the capability of these powerful animals to recover quickly, and in areas in which caribou numbers have been increasing such as Manitoba and Ontario, range recoveries of wolverines have also been recorded.

Conversely, in areas where habitats are broken up and fragmented, numbers sharply drop, and many local populations are under significant threat. 4