If you were looking to design an antagonist for a new alien movie, perhaps you’d create something with lots of legs, powerful, and armour-plated.

Maybe it would kill with a combination of constriction and venom and would inject it into you with specialised, hypodermic venom claws. Something so blindly aggressive that it would attack anything that moves, that could hunt you as deftly in water as on land, and could even catch you in mid-air.

If you did, you’d probably get a cease and desist from the Scolopendra PA team, because you just described the giant centipede. 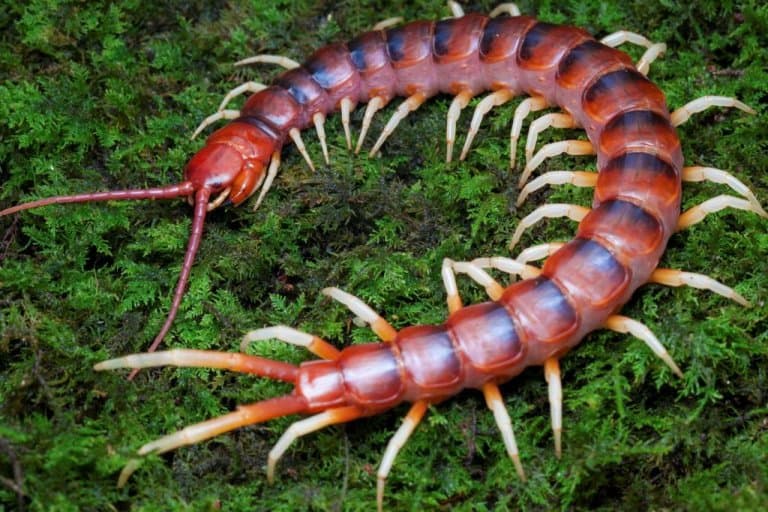 Scolopendra giant centipedes are the largest of the centipedes and pack a nasty punch. These huge centipedes are found across the tropics, in South and Central America, Asia, the Caribbean, Australia and more.

Some of the over 100 species are exceptionally aggressive, can hunt in almost any terrain, and have specially-designed venom to quickly incapacitate their prey.

Giant centipedes are carnivores, and will eat small animals they can attack and kill. This can include mice, frogs, lizards, birds, snakes, spiders and insects.

Despite how freaky they are, they may have some medical potential that researchers are trying to unlock. These are cool and scary, primitive beasts from a time before life as we know it.

Living up to their name, Giant centipedes are the largest extant centipedes, reaching up to a foot long, and able to take down birds, bats, frogs and rats.

They cripple their prey with a unique blend of toxins produced in venom sacks and injected with some special appendages.

The largest centipede species is the Scolopendra gigantea also known as the Peruvian giant yellow-leg centipede or Amazonian giant centipede, which can grow over 30cms (12 inches) in length.

Amazingly some people like to keep them as pets!

2. They have lip feet

The class Chilopoda, containing all the centipedes, comes from the Greek for lip-feet. This is a reference to their unique style of injecting venom. Though their venom sacks are just behind the head, the tools they use to inject it are actually modified front legs. These are sharp and attached to bicep-like pincer muscles, with which they pierce their prey.

While fearsome and damaging in attack, they can also be wielded in peace. Female centipedes are delicate with their eggs, manipulating them skilfully between their special legs.

These legs are called forcipules, and they’re only found in centipedes.

Centipedes and millipedes get confused a lot, even though the two lineages separated well over 450 million years ago.

Millipedes could be considered the slower, more herbivorous and extra-leggy cousin of centipedes, but the last time they shared an ancestor, it was the Silurian period, so even amphibians hadn’t yet been invented.

One easy way to tell them apart is that centipedes have one leg per segment, and millipedes have two. Or if you meet one, try to feed it some cucumber; if it accepts, it’s a millipede; if it attacks you, it’s a centipede. 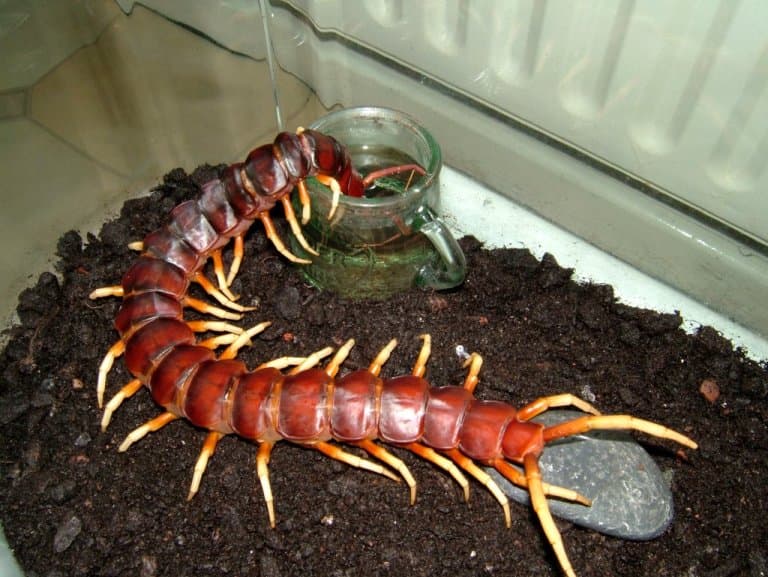 For an arthropod, these are very meaty, chunky animals. They’re packed with muscle and they’re quite large too.

Native Australians traditionally made them into food for sustenance, and of course, traditional Chinese ‘medicine’ refers to the use of raw centipedes as a remedy for epilepsy; something that is more likely to leave you with a case of rat lungworm than a cure. 1

5. They may have some medical value

While eating raw centipedes isn’t a good idea, there may be something in their venom that can help treat cancer. One of the compounds that makes up the toxic cocktail has been shown to decrease the viability of leukaemia cells in vitro.

But before you jump into a bath of centipede venom, remember that lots of things that harm cancer cells also harm non-cancer cells, and a lot more experimentation needs to go on to find out if it actually works outside of the lab. 2 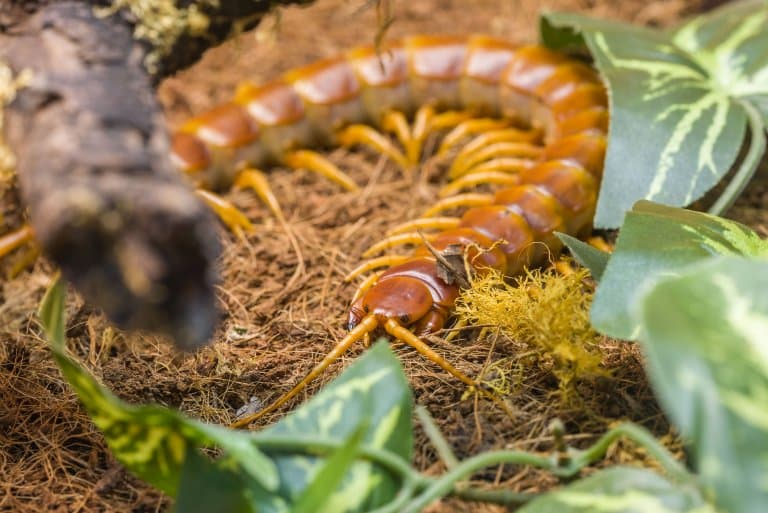 6. They have unusual venom

Venoms are a very interesting area of study, as they’re usually unique to the host species and come in all different mixtures and varieties.

Centipede neurotoxins in venom are distinct from spiders, and snakes and have powerful effects on the skeletal muscles, heart and brain.

This venom is especially effective against mammals and allows the centipede to subdue prey much heavier than itself. 3

7. They aim for the thorax

It’s thought that when attacking prey, they position their bites around the thoracic nerve clusters, a place where the venom can quickly get to work shutting down limb movement.

Venom is a costly resource to produce, so making each bite count helps preserve it, and targeted bites can reduce the risk of injury from struggling prey by debilitating it quickly.

8. They’re dangerous at both ends

When threatened, they can strike with a pair of spined back legs.

Sometimes, they’ll also rub backwards in defence, waving their tail-like rear legs as if they were antennae, presumably to disguise their head and draw attacks to a less vulnerable part of the body.

In certain caves in Venezuela, these huge killers have been spotted scaling the walls, hanging upside down from the roof by their back legs, and lashing out into the air at bats.

This, quite frankly, is horrifying, and it’s a really good thing they stop growing at 30cm. 4

10. They are comfortable underwater

Not only can they get you in the air, but they can also follow you into the water too.

Scolopendra have been seen scurrying into ponds, and hiding under rocks and are worryingly competent swimmers. It’s hypothesised that they take to the water to hunt there, too.

11. They have killed people, but generally don’t

There’s only been a handful of deaths attributed to Scolopendra venom.

In most cases, the victim was either very young or established to be allergic. The venom is said to be extremely painful, but generally not considered deadly. 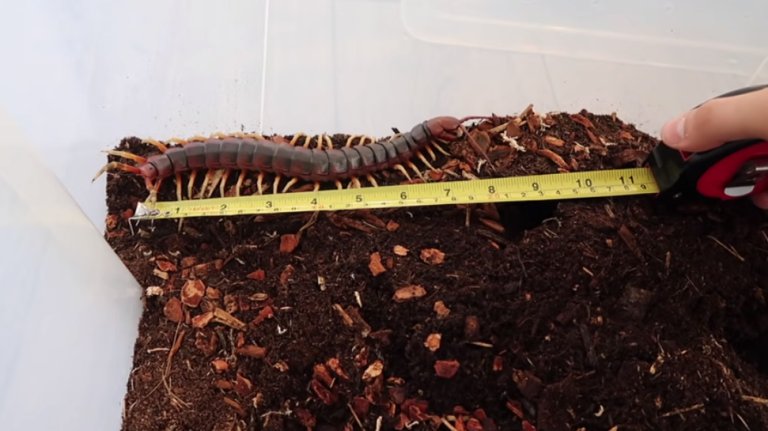