Most porcupines that you’re probably familiar with shuffle along the ground in Africa and North America, but there is a lesser-known branch of Neotropical tree porcupine that spends most of its time in the forest canopy, active mainly at night.

This is the prehensile-tailed porcupine, or coendous, and it’s a diverse lineage of arboreal rodents that there isn’t much information about. 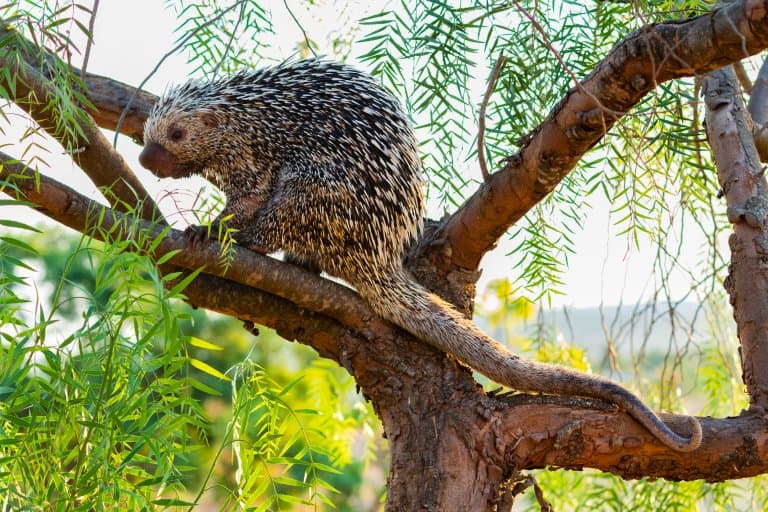 Prehensile-tailed porcupines inhabit rainforests in Central and South America. They have unspinned prehensile tails, and feet perfectly adapted for climing and living in trees.

They are nocturnal, and typically sleep during the day in the upper canopy of trees, and rarely descend to the ground spending around 85% of their time in trees. Like a lot of nocturnal animals, it has relatively poor eyesight, but a heightened sense of smell and hearing.

Prehensile-tailed porcupines are herbivores and like to eat leaves, shoots, bark and roots. They have been known to raid crops, and therefore can be viewed as pests by farmers.

The Coendou porcupines are as vocal as you’d expect from a porcupine but come with some interesting differences from their den-dwelling, lion-fighting Old-world cousins. They have a surprising arboreal range, and a cute temperament, but can be mean when they have to be.

Born nimble, there might be some hope for these little guys, but still so little is known about them that they are at risk, with around half of all known species listed as “data deficient” by the International Union for Conservation of Nature.

Let’s find out what makes them so interesting.

1. They use their tail to grasp and hang upside down

These porcupines get their name from their their prehensile tail, which they use to grasp when climbing and perching in trees.

Over half of the weight of their tail is made of muscle, allowing them to use it to hang upside down.

2. Their sharp quills are coated with thick plates of keratin

These modified hairs provide the prehensile-tailed porcupine with amazing protection against predators that might fancy a nibble.

Baby porcupines are born with quills, but they are soft during birth, and harden about a month after birth.

3. Prehensile-tailed porcupines have a large range

While these are slow-moving rodents, they still get around!

Their range is said to be up to 94 acres, an area that they traverse almost entirely in the trees, using their prehensile tails and expert climbing skills. 1

4. They are very vocal

Like the old world porcupines, Coendou species have a wide range of vocalisations. In response to a low-level threat they will click their teeth, and when startled, might let out a hiss. To communicate over long distances, they let out a long moan, and when offering their own threat, they might grunt.

Other sounds they commonly make are yelps, saws, cries and squeaks. They’ll even rattle their quills when touched unexpectedly. 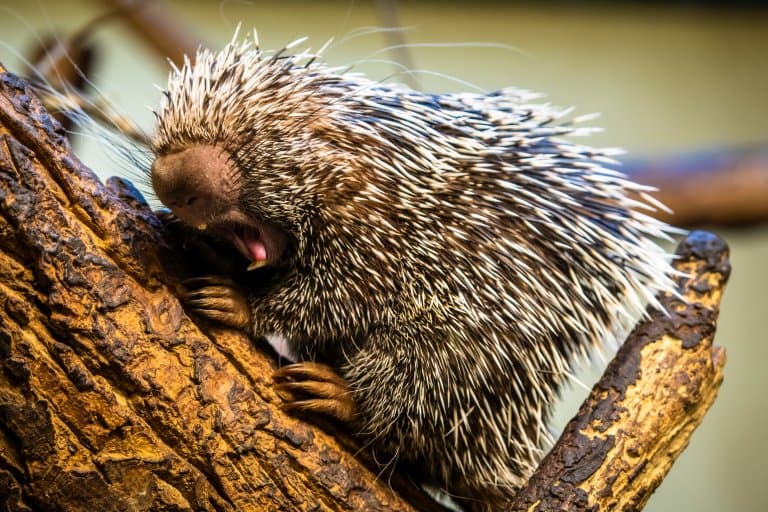 5. They’re not afraid of a fight

When put into a bad mood, a prehensile-tailed porcupine is more than capable of attacking. Being a rodent, it has powerful biting teeth, but it will also shake and threaten with its quills.

While they can fight, though, they usually don’t. In fact, adults are very tolerant of other porcupines, researchers, and local animals in general.

6. Their babies can climb immediately

Prehensile-tailed porcupine mothers are quite good at making babies. While they tend to give birth to a single infant, they do it with no apparent seasonality, and can do it again about five months later. The babies are immediately alert: they’re born with their eyes open and with well-developed claws.

Their tails are already prehensile at birth and they will readily climb trees if coaxed to by interfering researchers, but otherwise prefer to take it easy for a couple of weeks.

7. Their habitat is almost wiped out in some areas

One of the key areas for Coendou porcupines is the Brazilian Atlantic Rainforest; an area that is considered a world priority for biodiversity conservation, as the fourth most important biological hotspot on earth.

Yet its natural forest cover has been reduced by over 98%! This puts several species at risk of extinction. 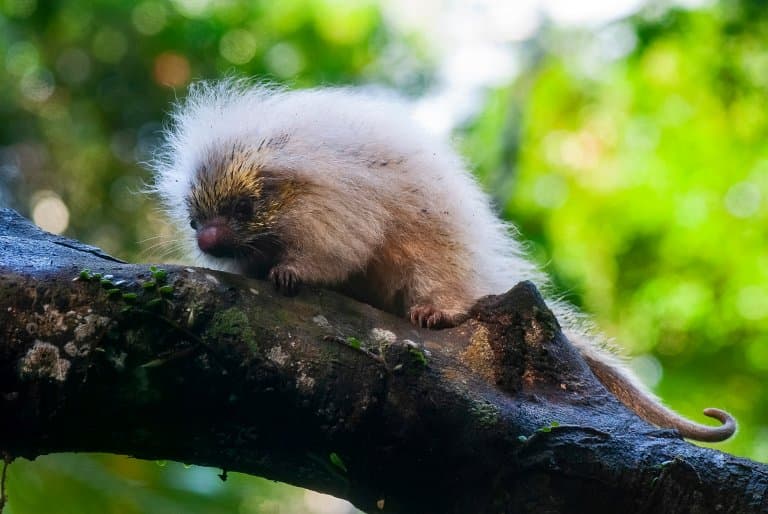 One newly-discovered species, in 2013, C. speratus, is literally named after the Latin word for ‘hope’, that the newly discovered species will stimulate interest in the region, and gather more attention towards its conservation.

This is an area of significant devastation, in which 50% of medium mammals and 100% of the large mammals have now been destroyed, and the discovery of C. speratus represents a heart-breaking optimism from the researchers who discovered it. 2

9. Juveniles play with their dads

As they start to grow up, young coendou offspring will play with their parents. This occurs between the young and both parents, but with a clear preference for fatherly attention, which the adult male prehensile-tailed porcupine is more than happy to provide.

Despite its range reaching from Colombia to Bolivia, we only really know that it likes bananas and uses its tail for stability. And this is one of the few of the Coendou genus that’s awake in the daytime!

Further research is being conducted, but from the papers coming out, there’s a clear sense of desperation from the researchers involved at the lack of attention these animals and those it shares its habitat with, are getting. The sad fact is, that without a powerful push of promotion, this genus of vocal, prehensile-tailed rodents may soon quietly disappear. 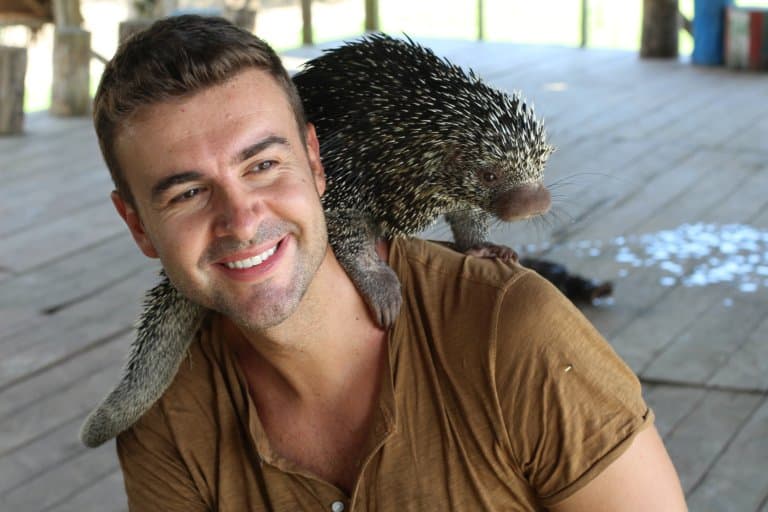 While these animals spend most of their time up in the trees, they do sometimes have to come down to supplement their diet. As with many herbivores, these porcupines need to find mineral deposits to lick to keep their micronutrients in balance. They also often need to come down to find water, which isn’t as available in the forest canopy.

When they do this, however, they are very vulnerable. Despite being well protected with spines, there are several animals that are capable of getting past their defences. Ocelots, established ground-based hunters, have been known to take a Coendou in this manner. 3