There’s a large group of supposedly-primitive mammals sitting in trees all over the Australian continent. They’re a type of arboreal marsupial and are mostly herbivorous, but have a range of shapes, sizes and sites.

These are ‘Phalangeriformes’ more commonly known as possums, and they’re not to be confused with the only American marsupial. 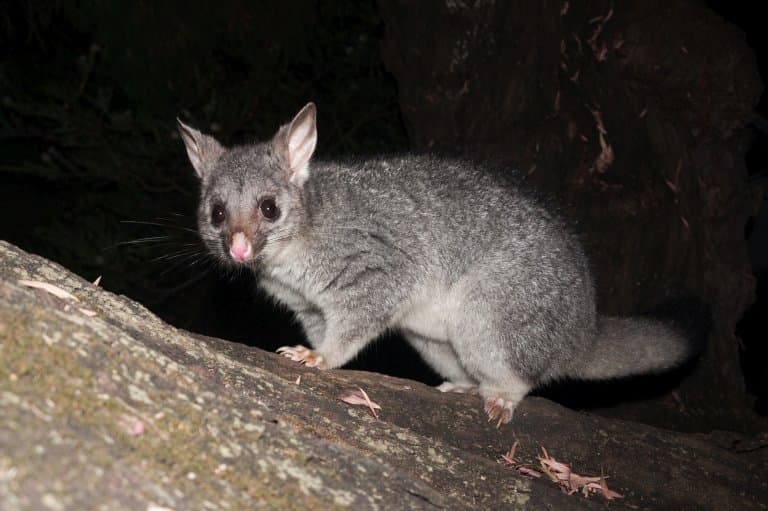 Possums, though of the same infraclass as opossums, are in a totally different order. This means they are not that closely related.

Possums are incredibly diverse. There are over 70 species, ranging from the minute to enormous, with a dazzling repertoire of calls and communications. They can run, they can hide, they can jump and they can even glide.

Phalangeriformes species are typically nocturnal and inhabit trees in forests, woodlands and shrublands. Although, due to urbanisation many even do great in the city.

Their diet depends on species, but many are herbivores, that will eat vegetation, leaves, shoots, plants and flowers. Others are omnivores and will also eat insects, birds eggs and more!

Sadly, many species aren’t doing so well, and need our help.

You might have heard the word possum before, especially if you’re from the American continent, and relate it to a pointy-faced little marsupial with a ratty tail who carries her babies on her back. This is an opossum, though typically referred to as a possum, and, while it is a marsupial, it isn’t closely related to the real possum in this profile.

To make things more puzzling, opossums will pretend to be dead when they feel threatened, which is a behaviour known as “playing possum”, despite the fact that possums spend their time very much alive.

The name ‘possum’ is thought to have come from their semi-resemblance to the opossum, though they are more closely related to the kangaroo. 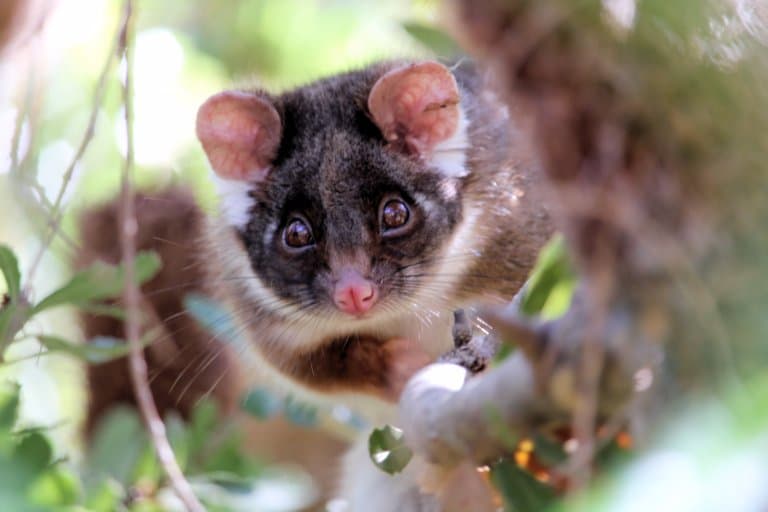 2. They can talk pretty well

Possums have a wide diversity of vocalisations. When a squirrel glider gets too close to another, the encroached-upon individual will release a nasal grunt. When on the wing, they make a sort of “coming through!” gliding gurgle that helps prevent them from crashing into one another.

They’re also capable of emitting drones, hisses and growls, depending on the context, and some are known to release shrieks, chirrups, clicks and ‘sonic twitters’, which make them a peculiar bunch to listen to. 1

Possums spend most of their time in the trees. Some climb, some jump, and others take to the air and glide. Some of this latter group are so well known for their acrobatic nature, they’re even named after it.

The family Acrobatidae contains the feathertail gliders and possums, and they have arms webbed with a thin membrane of skin to help them glide between trees in a hurry.

The feather-like tail acts as a stabilizer, allowing these tiny mouse-like marsupials to navigate in three dimensions at once.

While many possums are tiny, agile little creatures, some are quite the opposite. 2

4. Some are cumbersome tree bears

The bear cuscus might sound like a hunter’s lunch, but it’s actually the largest genus of possum there is. This animal got isolated on an island in Indonesia and diverged so much from its ancestral lineage as a result, that it became its own genus.

There are two species known, both are heavy, tree-dwelling beasts with curled tails that spends much of its time munching on vegetation.

These possums can get up to around 7kg in weight; significantly more than the smallest possum.

The Tasmanian pygmy possum weighs in at around 7-10g (0.25 to 0.35 oz), almost one-thousandth of the weight of the largest possum. This omnivorous little creature, as you might expect, lives on the island of Tasmania, on the Southern coast of Australia.

Pygmy possums are the smallest of the possums, and they are tiny enough to feed on nectar and pollen without destroying the flowers themselves, making them a valuable contribution to the pollination system in their ecosystem. 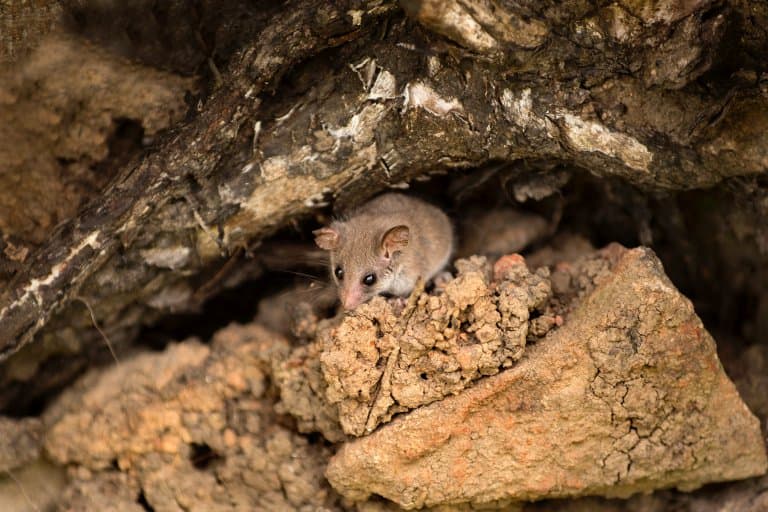 6. Some do well in urban environments

Not all possums need the tranquillity of the countryside to thrive. The common brushtail possum does so well in urban environments that it’s beginning to cause problems for the human inhabitants.

Community programs are attempting to educate the people who may want to illegally remove these protected animals, and breeding reduction strategies are being considered to manage the populations too. 3

We mentioned that some of the omnivorous pygmy possums will do this, but there’s one who’s a specialist at nectar feeding. The honey possum is a tiny creature too, though distinct from the pygmy possum family, and it has a narrowed, shrew-like snout, adapted to feeding on flowers.

It’s one of the only exclusively nectarivorous mammals, joining a handful of small bats who also only feed on nectar. It is the only known marsupial to do so, and it can drink up to 7ml of nectar every day; not bad for a 7-gram animal!

To put it into perspective, one millilitre per gram of bodyweight would be the same as a 60kg person drinking 60 litres of water.

Sadly, like many species, their habitat has been cleared for human agriculture, and they are now extinct in much of their original range. Their global population, however, is still stable and listed by the IUCN Red List as of Least Concern.

Unfortunately, this can’t be said for all species of possum. 4

8. Sadly, some are not doing so well

The Leadbeater possum, or fairy possum, stands to soon become as mythical as its name suggests. This unusual genus of a single species of non-gliding possum represents an ancestral form of possum or a living fossil.

This species is very sensitive to its surroundings, making it vulnerable to changes, and as such, it’s currently critically endangered.

Bushfires, logging and invasive pet or feral cats have all contributed to the demise of this species, and in 2019 the logging industry fought hard to remove it from the critically endangered list so that could continue to profit from the devastation of its environment. Thankfully, after re-assessment, the animal was again classified as critically endangered and granted the subsequent protections.

A national park is being proposed to protect species such as this, and captive breeding programs have shown some success. Project Possum has also contributed over 200 nesting boxes to help facilitate their return.