Pacu is the common name given to several species of fish from different genera.

All of these fish have a few things in common, including freshwater habitats, plate-shaped bodies, and fins on their back, stomach, sides, and tail.

They are known as the ‘vegetarian piranha’ and have human-like teeth. 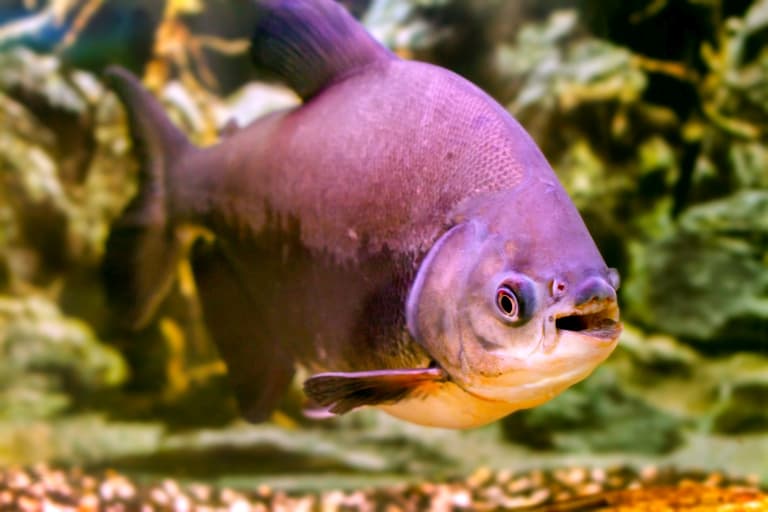 They are found throughout the world, both in captivity and in the wild. Although the many species of pacu belong to different genera, they are all known for their large size and unusual teeth.

When most people think of pacu, they are likely thinking of Piaractus brachypomus, also known as a red-bellied pacu or pirapitinga. This species is best known for having vivid red scales on the ventral surface, or underside, of its body. 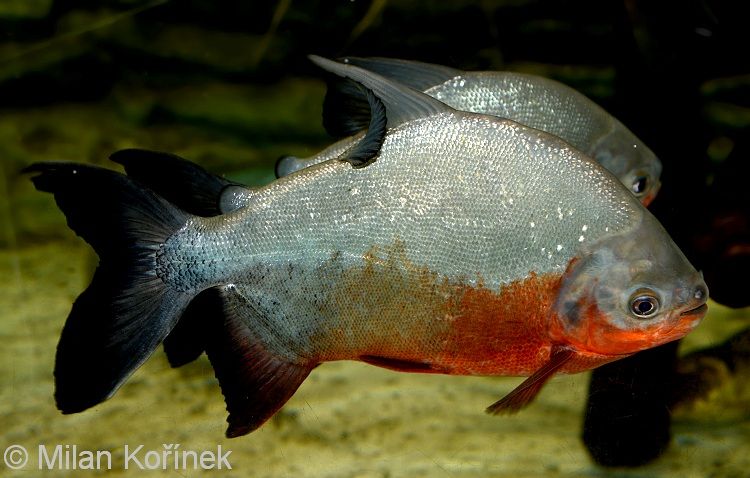 2. Pacu are difficult to classify

Researchers can’t seem to agree on which fish are considered pacu or how these fish are related to one another. Some forms of analysis use DNA to investigate the relationships among the different fishes. Others use characteristics of fish anatomy, such as fin and tooth shape, to draw conclusions about the evolutionary history of the different kinds of fish.

At first glance, a pacu and a piranha look very similar, and both belong to the Serrasalmidae family. However, there are important differences in tooth shape and diet that set pacu apart from piranhas. Pacu have square teeth and eat mostly plant material, and piranha have pointed teeth and eat mostly other animals.

4. They have a massive geographical range

The pacu’s original habitat spanned throughout tropical and subtropical freshwater environments in South America. They were introduced throughout the world by the aquaculture and pet trades. Today, they can be found as far away as Europe, northern parts of the United States, and Canada. 2 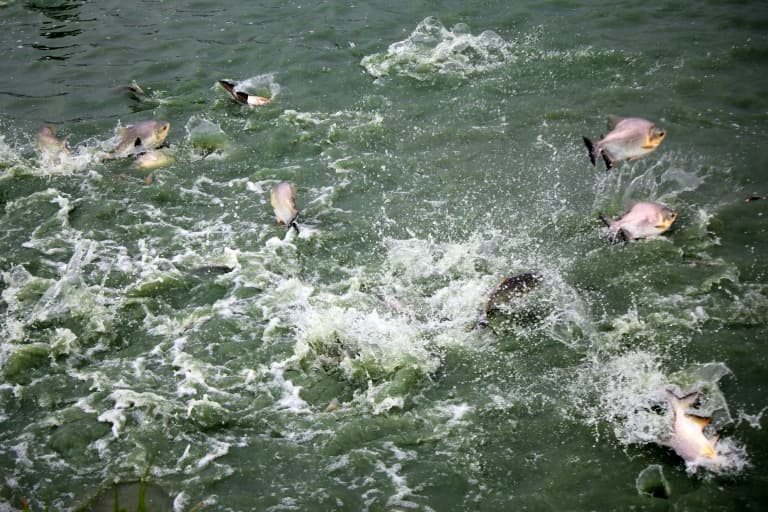 The pacu is known for feeding on fruit and decaying plant matter, a behavior that has earned them the nickname “the vegetarian piranha.” Although they eat primarily plant material, pacu also eat snails, earthworms, grains, and other fish. 3

6. They won’t eat if they’re too cold

Whether a pacu will eat depends on how cold they are. Their natural tropical and subtropical habitat stays warm enough that their appetite is not affected. However, when temperatures drop below 16–18 °C (about 60–64.5°F), many pacu will refuse to eat and may begin losing weight or becoming ill. 4

Despite the urban legends, pacu do not prey on humans. Although their jaws are very powerful, pacu rarely become aggressive toward people and will only bite if harassed or provoked.

One of the easiest ways to identify a pacu is by their teeth, which are square and straight. This gives pacu the appearance of having human teeth. A pacu’s flat teeth are excellent for grinding up the seeds and grains that make up a large part of their diet. 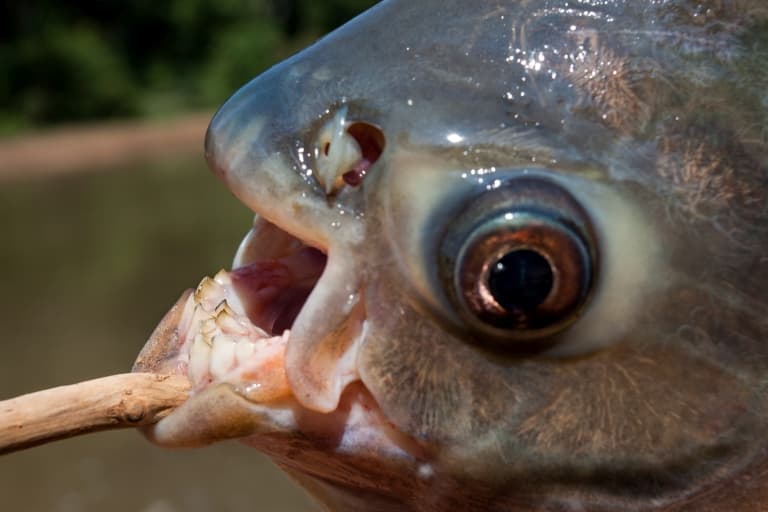 9. They are popular in the pet trade

Pacu are commonly sold in pet stores despite being poorly suited to home aquariums. They are frequently misrepresented as other species.

Despite the popular myth that a fish will only grow as large as its tank, pacu don’t stop growing throughout their lifetime. A juvenile pacu will quickly outgrow a medium-size fishtank.

Pacu are known for being massive. In the wild, they can reach sizes of up to 25 kg (about 55 lbs) and are constantly looking for food to sustain their large size.

12. They are an important food source

These large fish are a major food source for many communities, and they are sometimes released into bodies of water to restore local fish populations.

13. Pet pacu should never be released into the wild

Fish owners who can no longer care for their pacu sometimes release their former pets into the wild, posing danger to local habitats and wildlife as the fish search for food. In many areas where pacu are not native species, releasing one into the wild can result in fines or even legal repercussions.

They reproduce when female pacu lay large groups of eggs on rocks and other aquatic surfaces. Male pacu then fertilize the eggs, some of which develop into tiny fish called spawn. 5

In a single spawning cycle, a female pacu lays an average of 150,000 eggs. In some cases, they can lay nearly a million. Only a very small fraction of these eggs will survive to adulthood. 6

Because vegetation is such a large part of a pacu’s diet, they ingest many seeds and nuts. Some of these seeds and nuts are passed out of their bodies as waste. As pacu swim to different locations, the seeds are distributed to new areas, increasing plant growth in those regions. 7

17. They can have personalities

Pacu aren’t just big in size; they can also have huge personalities. One example is Swish the pacu, who lived for more than 30 years in Seattle, Washington (USA). Swish was known for swimming up to greet visitors in the hospital and, later, restaurant dining room aquarium where he lived. He even seemed to enjoy being pet by the people who cleaned his aquarium and loved grapes, which he was fed on special occasions. 8