You may have heard the saying that ‘there’s no such thing as a fish’ – it’s also the name of a very good podcast – and it’s somewhat true. Or at least, if there is such a category, it includes you, your dog, and any birds, snakes and frogs kicking about too.

The truth is, what we commonly call fish are a diverse group of animals; some of which are separated by around 450 million years. And one of which branched off far more recently and waddled up onto land to become the ancestor of all land vertebrates.

The fishy individuals in that lineage are almost entirely extinct now, aside from a few living fossils; one of which is the lungfish. 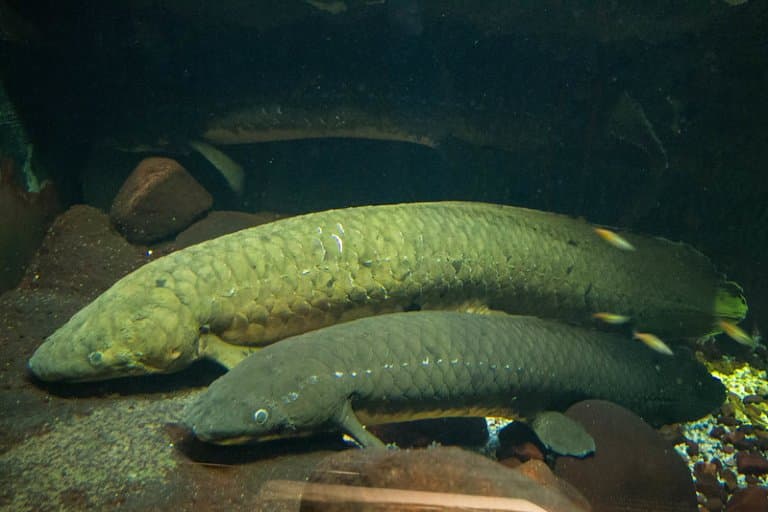 Lungfish are living fossils. They’re the closest thing we’ve got to an extant missing link between land vertebrates and their marine ancestors, and while they may look like other fish, they’re very different in many ways.

Lungfish have historically been referred to as salamanderfish, but this can also refer to Lepidogalaxias salamandroides, which is a species of small fish in Western Australia.

Lungfish are omnivorous and diet on a variety of food, including fish, insects, frogs, worms, mollusks, crustaceans, amphibians and plant material.

One of just a tiny minority of their line who survived ancient catastrophes, they remain in muddy swamps, hopping about on leg-like fins and offering us answers to numerous questions about our biology, where we come from, and how we got here.

1. They need to breath air

Lungfish breath air. They have gills and lungs, but need to breathe air to survive – which is unlike most fish, and if they don’t rise from the bottom of the water to glup air they will drown.

Only the Queensland lungfish has gills that they use in the water, which is supplements by breathing air when oxygen in the water is not sufficient.

This is a vital feature for lungfish, as they live in waterways that often dry up, turning into thick mud. 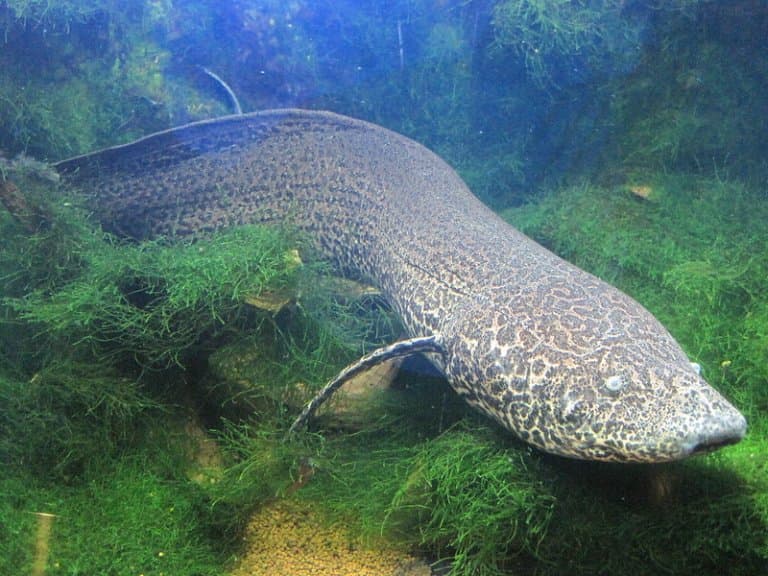 2. They’re related to you and me

It’s important to clarify this a little bit. The lungfish, rather than being a direct ancestor of all humanity, is more like the relatively unchanged cousin of this ancestor.

Much like the way chimps are a descendant of a common ancestor with humans, lungfish took one path, and our fishy ancestor took another. But back in the day, we were very similar.

However, this connection between you and a lungfish goes back a little further than the human-chimp link. Further by more than 400 million years, in fact; so, as you can imagine, a lot has happened since then. Still, the fact remains that a lungfish is more closely related to your grandmother than it is to a salmon.

Most of the fish species we know and recognise are part of a very different group of fish: the ray-finned fish. These are the mackerel, the trout, the tuna and the flying fish, and pretty much all species of (vertebrate) fish in the sea that aren’t sharks and rays.

The lungfish are lobe-finned fishes and aside from the six species of these, there are only two species of coelacanth included in this group.

However, this wasn’t always the case, and in fact, the lobe-finned Sarcopterygians once dominated the seas. Between 408 and 362 million years ago, the oceans were filled with a tremendous diversity of sarcopterygians. 1 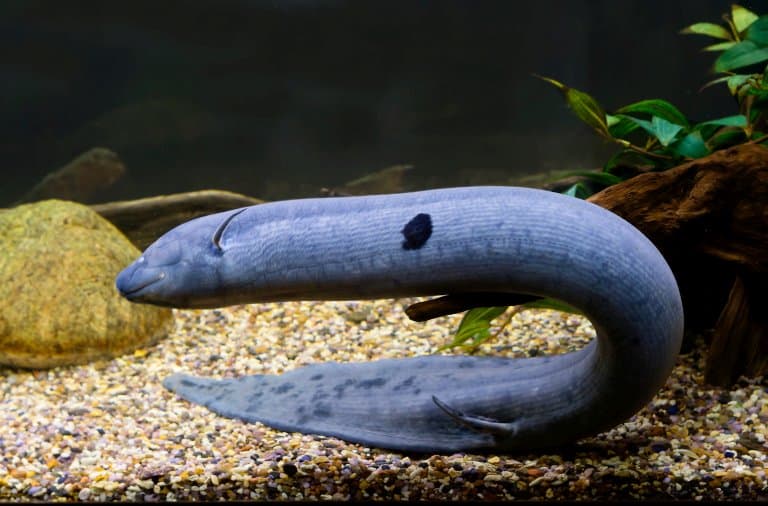 When researchers look for fossils to figure out what was going on in the past, they find a spectacular array of diverse fossils embedded in the layers of rock underground. That is, up until a certain point, where, all of a sudden, the fossils suddenly disappear.

These eerie layers of biological emptiness represent mass extinction events. We’ve had five of these already, and we’re currently the cause of the sixth. But it wasn’t always our fault.

The first five were caused by natural disasters, and 250 million years ago, a third mass extinction event, caused by global warming, wiped out 95% of marine life, including the majority of the Sarcopterygians. The stragglers that survived were outcompeted, and by the mass extinction that killed the dinosaurs, it seems that only a couple survived. 2

5. They can survive on land and water

Survival through extinction events is mostly luck, but it helps to have some adaptations to get you through hard times.

Lungfish are able to withstand periods of droughts in their watery habitats by building burrows in the mud, and making use of their lung, or lungs, to breathe. Lungfish are so adapted to breathing air that all but the Australian species have gills that are more or less useless.

When water drys up, they burrow into the mud and spews mucus to form a shelter that lets in moisture and air to breathe.

These lungs are actually a relic from their ancestral past that came in really handy.

Most modern fish now have a swim bladder, which evolved from these ancient lungs but is used for buoyancy, rather than breathing.

So, the first fish had lungs! Lungfish are just one the only fish who kept them.

The lungs of a lungfish are subdivided into small sacs, which maximises the surface area for gas exchange, which are thought to be similar to the lungs of tetrapods. 3

7. They can wait for rain

With these lungs, they’re able to sit in a state of torpor, or reduced activity called aestivation. For up to five years, these amazing fish can remain buried in the mud, with just a breathing tube to supply air. This is what gives them the remarkable ability to survive prolonged periods of drought.

They are so good at surviving in these conditions that they can be completely enveloped in desiccated mud for years, wrapped by a thick cocoon of mucous that dries around them to form a protective sheath that will not dissolve or dry out.

8. They can also walk

This might be quite appropriate for the closest fishy relative of land vertebrates; lungfish have articulated shoulders that allow for their slender fins to rotate and move in a walking fashion along the shallow river bed.

This form of walking isn’t as strong as the more specialised land-animal form of locomotion, but it does suggest that early walking possibly existed before the migration to land, rather than after it. 4

9. They can teach us a lot about molecular biology

The state of aestivation that lungfish go into is still poorly understood. It seems to be a product of a complex interplay between gene expression, hormone release, neuronal activity and antioxidative defences, all of which are as interesting as they are confusing to scientists.

There are three stages to the aestivation in lungfishes, and each has its own series of biochemical reactions. If researchers can crack some of these codes, they may unearth certain secrets relating to the mechanisms of ageing in animals, including humans! 5

Like all animals, in the wild lungfish are not expected to live quite as long as in captivity.