Crowned Bird of the Year in 2017, the kea is one of the most intelligent—and fascinating—birds in the world. They are a species of large parrot, native to New Zealand.

While they’re only found natively in a single country, their interactions with tourists and their role in pop and historical culture have allowed for them to be beloved internationally. 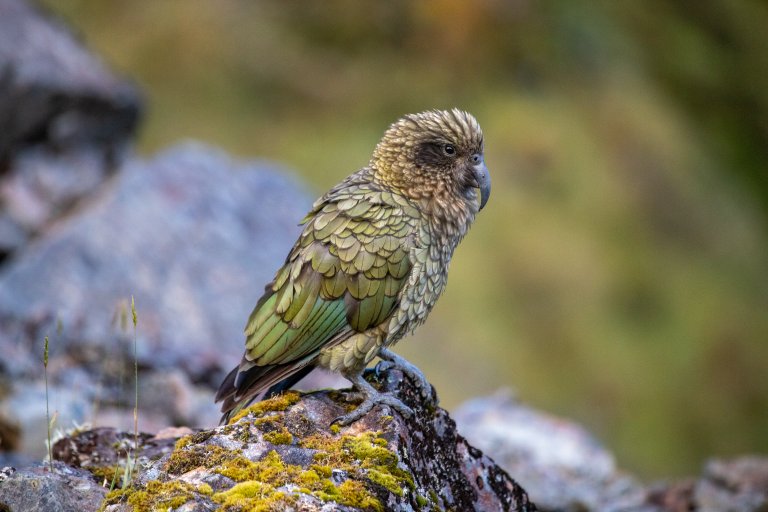 Keas are omnivores. While they mostly eat fruits and roots, insects or carrion may also make their way onto the menu occasionally.

In New Zealand, kea can be found in a variety of habitats. However, one of the most popular places to find them are in beech tree forests, especially since studies have shown that these smart birds are particularly fond of this type of tree.

The kea nests in burrows and crevices of roots of trees and live in social groups of up to thirteen birds.

They are notorius for exploring and investigating and will go through tourists backpacks and may peck and carry away food scraps and items from campsites.

They are an endangered species according to the IUCN red list.

1. They’re native only to one country.

Keas are what is known as an endemic species. This means that they are only native to one area in the world—and that one area happens to be New Zealand. While you may be able to find them elsewhere in the world, it’s not naturally. 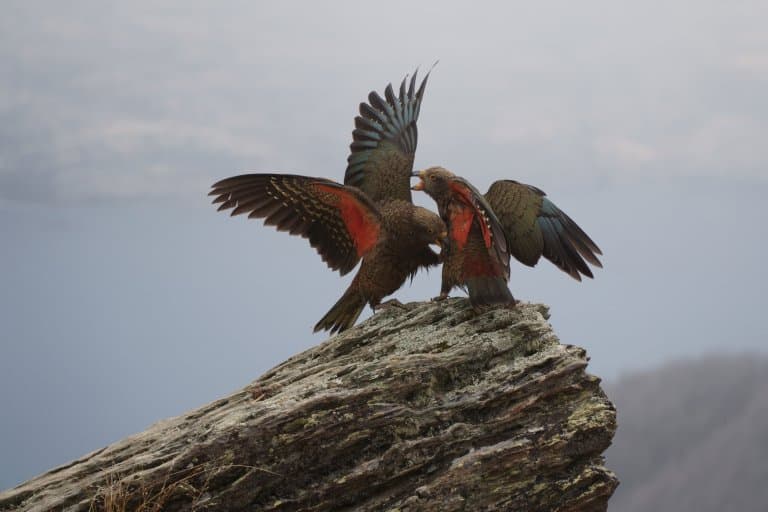 2. It’s nearly impossible to get an accurate estimate of the population.

While you would think that being endemic to only a single country would make it easy to know just how many wild keas there were in the world, it’s actually nearly impossible to get an accurate estimate of the population. There are two particular reasons for this.

First, as an endemic species, keas make the most out of living in New Zealand alone. While there is only a limited area where they live natively, they’re widely distributed across the country compared to other species that tend to live in close proximity to one another. The terrain in which the keas live is also rough, which poses a difficult and dangerous journey for researchers attempting to collect accurate numbers.

Despite not being to collect and maintain an accurate number on the population of kea in New Zealand, researchers have been able to estimate that there are around 3,000 to, 7,000 keas left in the world. 1

3. They cannot be kept as pets.

Despite being a large parrot, it’s illegal to keep a kea as a pet due to their protections as an endangered species. It’s rare to find them in any form of captivity except for the institutions where they are kept for conservation purposes.

Keas don’t thrive well in captivity either, nor do they breed well. This can make conservation difficult.

4. Wild keas like to investigate humans that come too close.

Despite not thriving well in captivity, wild keas are anything but reluctant to investigate humans. Known for their mischievous personalities and a lack of fear of humans, keas are often seen around areas where tourists crowd. They’ve even been caught taking items from humans, including one person’s passport!

5. The kea are important in some Māori tribes.

Endemic to the country, it’s no surprise that the kea is also a significant figure for many of the indigenous people there. One tribe in particular views the kea as a guardian.

6. They were the face of the New Zealand bill for nearly thirty years.

The kea is also important for other cultures in New Zealand, which is shown by the fact they were featured on the reverse side of the New Zealand $10 bill for nearly three decades! Here, you could find the infamous New Zealand parrot perched on a mountain lily. In the 1990s, the bill was redesigned to feature another endangered bird species native to New Zealand.

7. There used to be a bounty for kea!

Despite how loved it appeared the kea may be, it hasn’t always been that way. For many years, there was a bounty out for kea due to their ability to harm livestock, especially sheep. While this bounty has long been done away with, especially with the new protections for the bird, the impact of the years is still noticeable in the small population remaining.

8. Lead poisoning is a danger to kea as well.

As a human, you might know the dangers of lead. In today’s society, it’s most common to find it in old paint or varnish, which makes it a common problem in older homes. However, lead isn’t just a threat to humans, and lead poisoning isn’t only dangerous for us either. 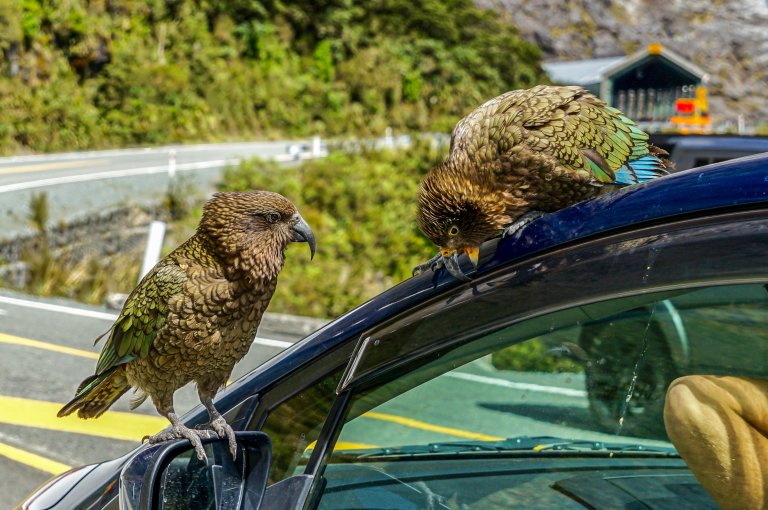 As curious and mischievous as they are, keas have a bad habitat of chewing or eating old structures, such as fences or barns. This can expose them to a high—and potentially fatal—dose of lead. There are many studies on lead poisoning and kea, with some indicating that remote keas don’t face nearly the same threat as those living closer to human settlements. 2

While it may seem like a small problem, lead poisoning paired with a history of hunting, loss of habitat, and slow reproduction numbers have landed the kea on the list of endangered species.