Jerboas are a group containing 33 species of jumping rodents found in Northern Africa, eastern Europe, and Asia. They are primarily members of the family Dipodidae.

They are well known for their quirky kangaroo-like appearance, with long back legs and tails, and tiny forearms. 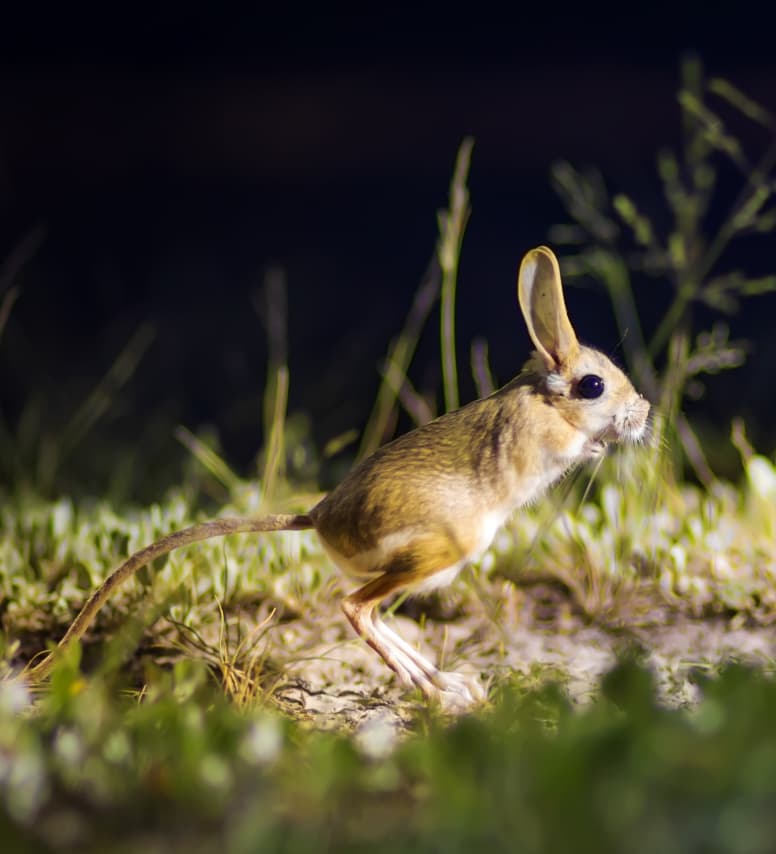 They are solitary and nocturnal, spending most of the day in underground burrows they’ve dug in the sand. They can live up to 6 years in the wild.

During the night they hunt for insects and larvae, along with eating seeds, roots, and tubers. Their predators are foxes, cats, snakes, and owls.

Some are vulnerable to extinction due to ever-increasing human expansion into their habitats. For example, the four-toed Jerboa has a limited range and is particularly under threat.

While all are kangaroo-like rodents, each has its own adaptations to the habitat it lives in. Some are highly adapted for hot deserts, while others can survive the extreme cold of Mongolian deserts during the winter. 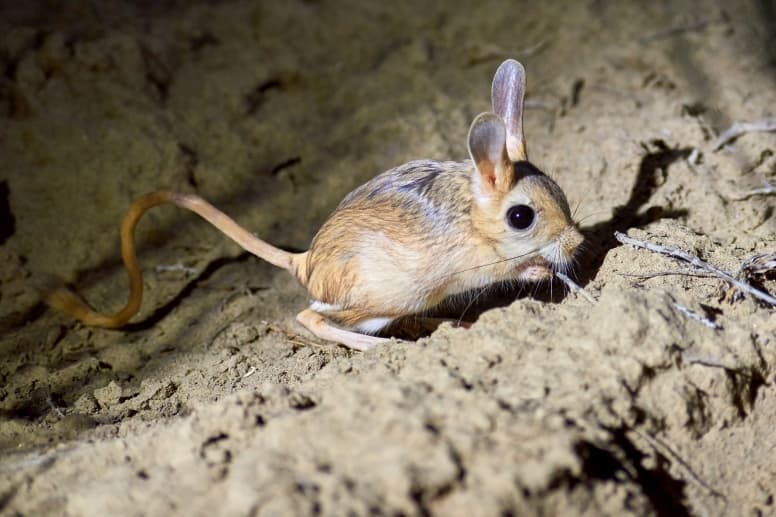 2. They get around by jumping.

They get around by jumping and have been described as moving “erratically”. They often zig-zag and leap long distances both vertically and horizontally. They use their tail to help them do this, which both pushes off the ground and helps maintain balance. 1

This is a tactic they use to help them avoid predators.

This helps them avoid nocturnal predators like owls, foxes and snakes. 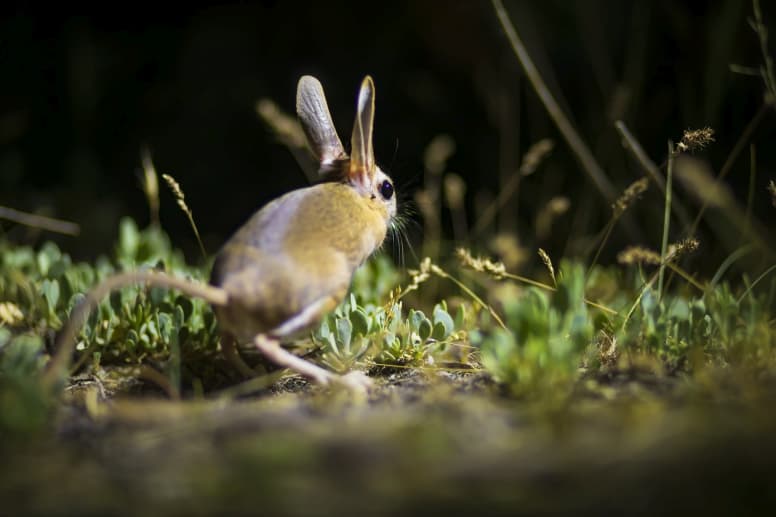 5. They are nocturnal to help them escape high temperatures.

They spend all day in burrows they make in the sand, only coming out at night when it is cooler.

6. They have big ears, and excellent hearing.

They use this to help them avoid predators.

7. They have huge eyes to better see at night.

As nocturnal animals, their huge (and adorable) eyes help them to see at night so they can both find prey and avoid predators. 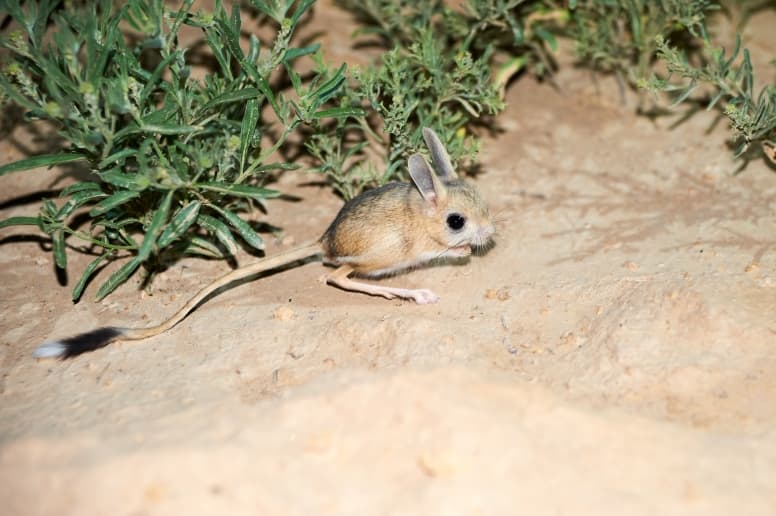 Like many desert animals, they get all the water they need from what they eat.

9. They are sand coloured to help them blend in.

Matching their surrounding environment helps them to avoid being spotted by predators, especially owls flying overhead.

Most species construct burrows which they use to escape the heat of the day, or in some cases to keep warm at night as temperatures can drop drastically in some deserts. These burrows usually have an escape exit, so they can get out fast if they’re found by predators.

Once a jerboa is old enough to leave home, they likely won’t engage much with other jerboas unless it’s for mating.

12. Pygmy Jerboas are one of the smallest rodents in the world.

Adults are roughly 4.4cm in body length, with a tail almost twice that at 8cm. Adults weigh less than 4g! They are thought to be found only in Pakistan. 2

13. The long-eared Jerboa has one of the largest known ear to body ratios.

Its ears have a dumbo-like quality and are two-thirds as long as its body.3 These large ears help keep them cool, as blood moving through them loses heat to the surroundings. They were first caught on film in 2007: 3

14. The Mongolian jerboa hibernates for winter.

In Mongolia, it can get as cold as negative 20 degrees during winter. So, the tiny jerboas block up the entrance to their burrows with sand and hibernate.

15. Jerboa are carriers of monkeypox.

This is a disease similar to smallpox, leading to their import into several countries being banned. This is why they have not become popular pets – despite being small and super cute.