The Indian red scorpion (Hottentotta tamulus) is one the most venomous scorpions in the world.

They are found in Nepal, India, Pakistan, and more recently Sri Lanka. 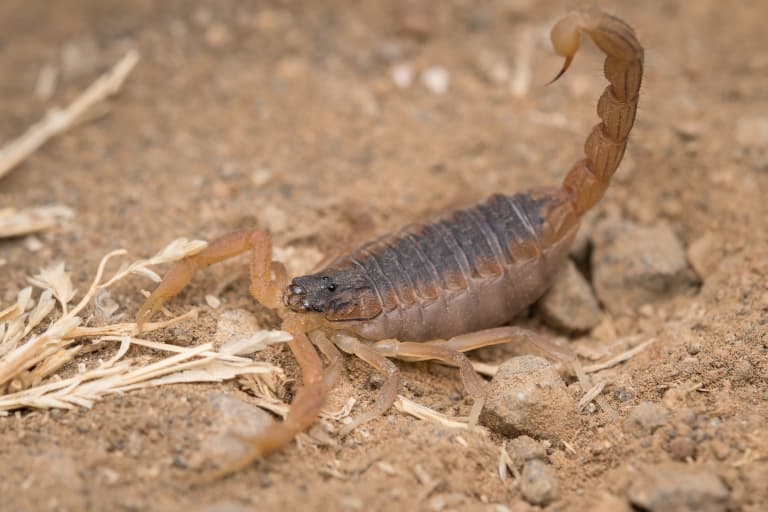 Scorpions belong to the same group as spiders (Arachnida). What makes them different from spiders is their distinctive pincers, curved tail and stinger. This stinger is what delivers their venom.

They are small (5-9cm) and vary in colour from red to grey to brown. They usually live for 3-5 years.

They hunt at night when they ambush their prey. They are carnivores, eating cockroaches and small vertebrates like lizards or rodents.

1. They are one of the most dangerous scorpions

Symptoms of their venom include pain, vomiting, and breathlessness. The venom works primarily on the lungs and circulatory system. If left untreated, it can be fatal. 1 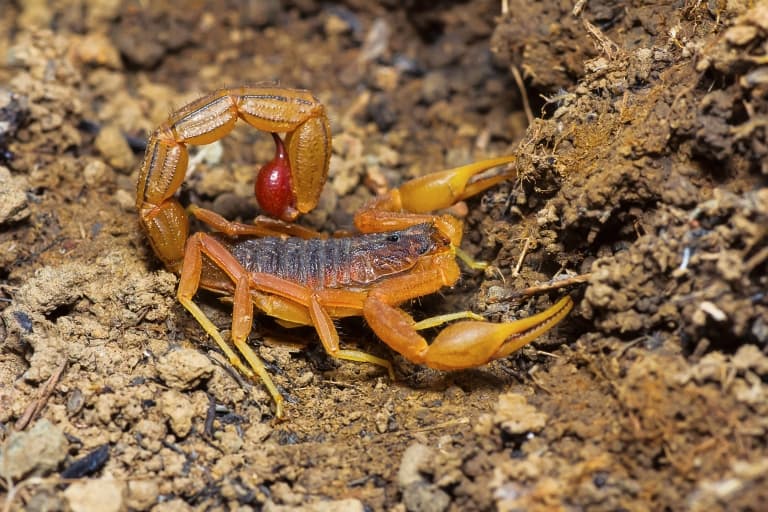 2. There are only 25 scorpions that have potentially fatal venom

This is out of almost 2,000 species of scorpion.

3. They are a problem in Nepal and India, where children are often stung

Due to their small size and their tendency to hide in places near human activity, children are often stung by them when out playing.

4. They are not aggressive

The scorpions are not generally aggressive, it’s usually when they are stepped on by accident that people are attacked. This commonly happens in more remote areas, meaning it is hard to get treatment. 2

At just 5-9cm, they are pretty small. This makes them hard to spot.

6. They ambush their prey

They hunt at night, hiding in wait for prey to pass them by. They can sense the movements of their prey and catch them with their claws before stinging them.

7. They are fluorescent under black light

Their exoskeletons contain chemicals that glow under black light.

8. They give birth to live young, called “scorplings”

These tiny scorpions are white and cannot sting.

9. Scorplings ride on their mothers back until their first molt

Scorplings will stay with their mother until they’re bigger and able to sting.

Despite their deadly nature, they are commonly kept as pets.

11. Their venom has potential medical purposes

Their venom is being tested in labs to see if its components are potentially useful. It’s thought that it may be an effect treatment for autoimmune diseases. 3

12. Little is known about their population or ecology

They haven’t been evaluated by the IUCN as their population size is unknown. There is also relatively little known about their behaviour and ecology