They are small, herbivorous, furry animals that live in Africa and the Middle East. 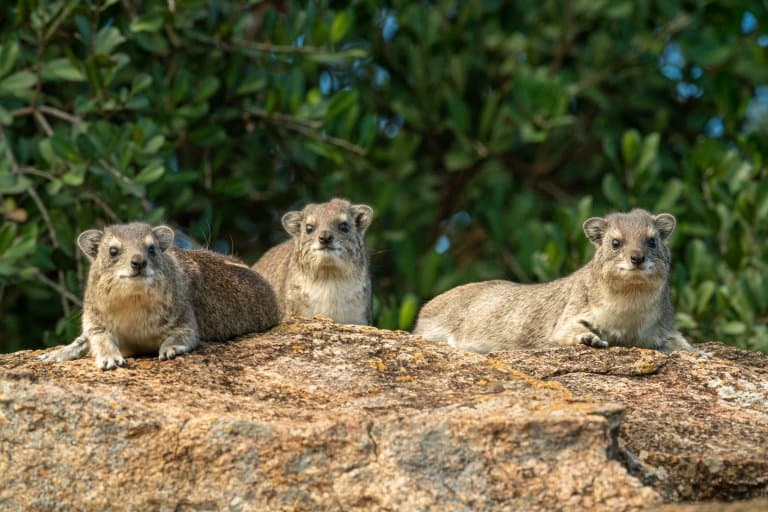 The order Hyracoidea is comprised of five confirmed species (and more possible species to be found) of rabbit-sized, African mammal, many of which spend most of their time trying to stay warm on rocks, or screaming like deranged spirits from the tops of trees.

These are some very strange animals, not least because their closest relatives look nothing like them, and all they seem to do is scream, bask, mate and eat leaves.

While there are several species, they can be crudely split into two groups: the nocturnal and solitary tree hyraxes and the social and terrestrial rock hyraxes, or “rock rabbits”.

They live in small family groups and inhabit rocky terrain and seek shelter in existing holes and crevices, rather than making their own dens.

Well, not exactly, but they’re the closest thing to a manatee in East Africa, other than an elephant.

The three animals share a common ancestor, and although hyraxes look a lot like rodents on the outside, they have a lot of similarities on the inside, such as their teeth, toes and skull structure, which closer resemble an elephant. 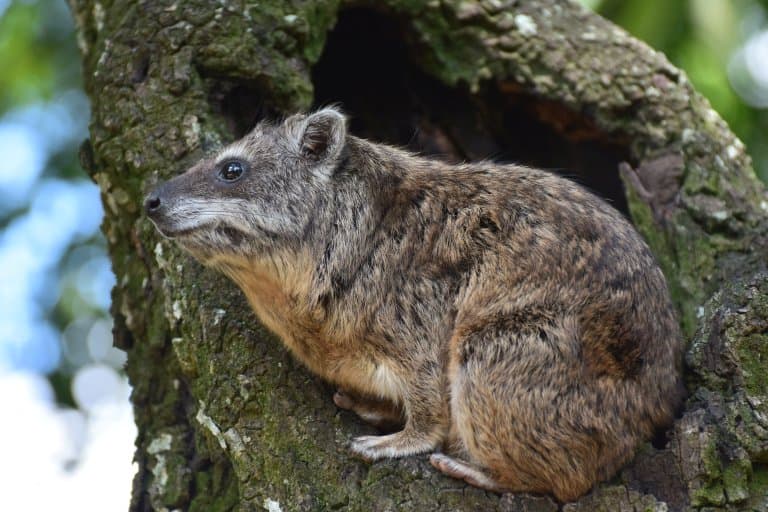 2. They have horrifying vocalisations

If you happen to be sitting peacefully in the Maasai Mara after sunset you might be alarmed to hear a sound that resembles the loud knocking of the old timbers of a ghost ship, especially since ghost ships so rarely migrate so far inland. As puzzling and disturbing as that is, the corresponding banshee screech should be enough to send you cowering.

These are some of the common sounds of the tree hyrax, a nocturnal species of hyrax, and they’re one of countless versions of call that different species and populations of the order make.

Rock hyraxes also scream, laugh and sing, as do other types of tree hyraxes, and it’s thought that there are other, undescribed species out there, identifiable by their unique call.

The cold/warm-blooded dichotomy is a bit of an oversimplification. In reality, it’s more of a spectrum, and animals of all kinds sit somewhere along it.

Rock hyraxes are much closer to the cold-blooded side of this spectrum than most mammals, and as a result, tend to bask on sunny rocks to maintain their body temperature and to recover from the hypothermia they sometimes fall into overnight. 1

4. They have built-in sun visors

Sitting on rocks all day is a good way to keep warm, but it comes with a glare that makes you want to put on some sunnies.

Rock hyraxes have a bulge in the iris of the eyeball to act as a permanent sun-block. This helps them keep their vision protected, which in turn allows them a better chance at spotting predators. 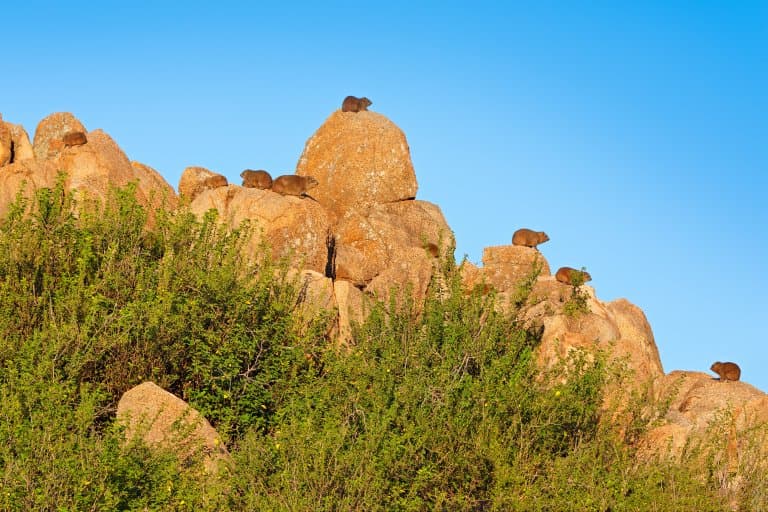 5. They get attacked from above

One such predator is the black eagle, for whom hyraxes make up 98% of their diet.

This frightening beast makes up only one of the many predators a hyrax has to deal with on a daily basis. It’s thought that this may be the primary driver for the evolution of the specialized eye in hyraxes. 2.

6. Their Tinder bio is interesting

The bush hyrax has what is known as a “complex” penis. It stands out from those of its relatives in that it has an additional short, thin appendage within a “fleur-de-Lys” penis, which is >6m when erect. That’s pretty impressive for an animal that only reaches 70cm long!

That’s not the end of it. When a male hyrax gets aroused, he experiences an erection on his back. A sexually active dorsal gland sits on the back of the animal, covered in hairs which, when erected expose it for identifying information about the individual to its mate through scent.

7. There are many threatened populations

Tree hyraxes around Mt Kilimanjaro are heavily threatened by hunting and deforestation. These may well be the most endangered of all the hyrax species as a result.

As human populations expand and cut down more forest, the habitats of the tree hyrax provide less space to find mates and to avoid predation. 3

8. They eat some really crappy food

As an adaptation to this funny habit, they’ve developed a three-chambered stomach with complex bacterial cultures to really get the most out of the nutrient-poor food sources.

In order to inoculate these chambers with the necessary bacteria, young hyraxes eat their parents’ poo. Yum. 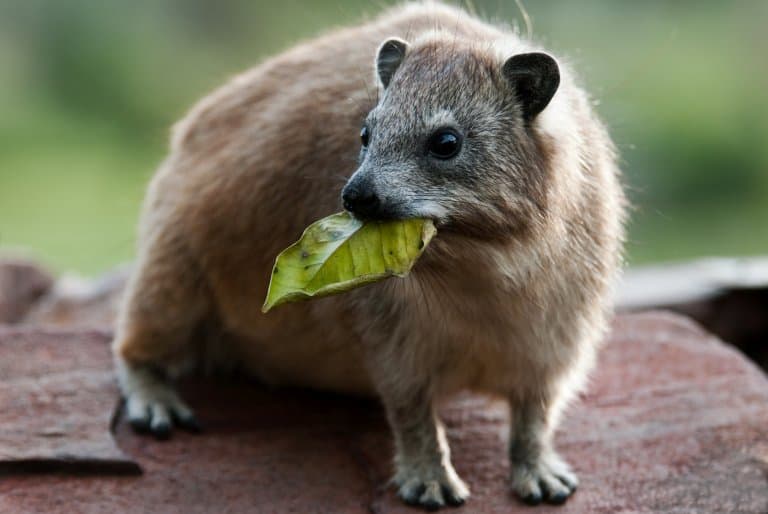 9. They have sweaty feet

These not only help the animal regulate their body temperature, but they aid in gripping rocks too.

10. Hyraxes have a special claw for grooming

Hyrax toes have rounded, hoof-like nails – except the inside rear toe.

This has a a long nail called a ‘grooming claw’, which is used to scratch and pick through their hair.

Efforts to translocate hyrax families and individuals have been fraught with disaster. These animals don’t seem to do well at all after release at their new location. It’s possible that the stress of the relocation causes these families to split up in panic, and the individuals are picked off by any number of the multiple predators they face as a small mammals in Africa.

However, researchers propose that implementing buffer zones of protection around primary habitats can reduce the decline of the threatened species, and stress the importance of clearer taxonomic investigations to identify and categorize the proposed undescribed species. 4