Howler Monkeys are one of the largest monkeys in the New World, along with being one of the loudest animals in the world. All belong to the genus Alouatta.

There are 15 species of howler monkey, and all are found in forests across Central and South America. 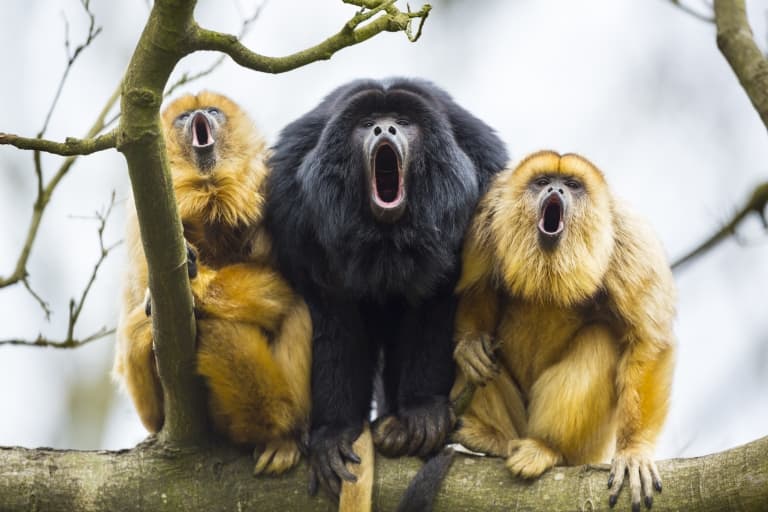 They are social, living in groups ranging with as many as 20 members. They move as a group, searching for the best leaves and fruits to eat. They live in the canopies of forests, high above the ground.

They are well known for their “howl” which is a long haunting call which can be heard clearly from 5km away.

1. Their name comes from the howl-like sound they make

This sound is low, guttural and quite scary when heard in the rainforest.

2. They are widely considered as one of the loudest land mammals

Their call can be heard echoing throughout the forest from as far away as 5km (3 miles). 1

3. They have a special bone in their throat which amplifies their calls

This is called the hyoid bone which helps them make their calls especially loud.

5. Their howl declares their territory

Males most likely make this loud call to ward off potential competitors. Howler monkeys are very territorial, so they don’t want anyone else coming into their patch.

6. They have prehensile tails

This means their tail can essentially act like another hand. It can help them hang from branches or grab fruit from trees. The tail of a howler monkey can support its entire body weight. 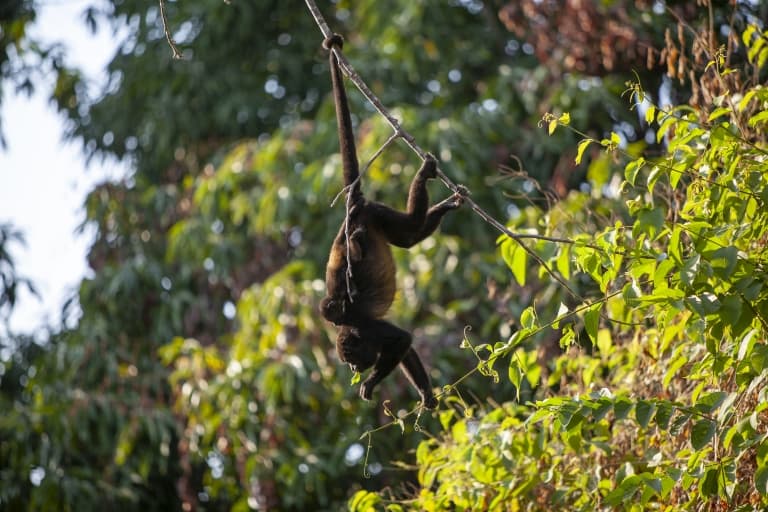 7. Their tails have tactile pads

This allows them to feel with their tails in the same way they do with their hands.

8. Their tails can be up to 5 times the length of their body

Their strong prehensile tails can be very long, in some cases 5 times the length of their body.

9. They can smell ripe fruit from 2km away

They have highly sensitive noses that are adapted for them to be able to find ripe fruit.

10. They are the only monkeys in the New World that primarily eat leaves

They spend most of their time in the top canopy of the forest, where they eat leaves, fruits, flowers, and nuts.

11. Guatemalan howler monkeys are one of the biggest in the New World

Howler monkeys are an iconic feature of the Amazon rainforest, where they live high up in the canopy and their calls can be heard most mornings.

13. Mayan culture viewed them as gods

The Mayans often depicted howler monkeys as gods in sculptures and they featured in various myths. 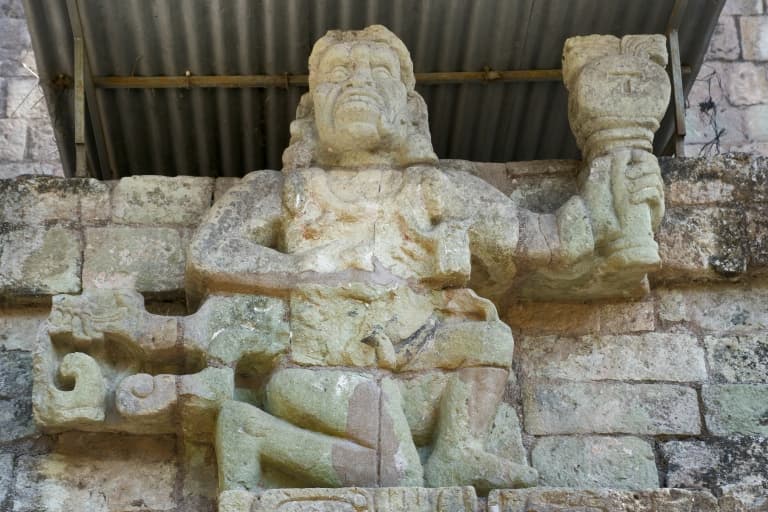 14. Many species of howler monkey are endangered

This is primarily due to habitat loss, especially in areas of tropical forest. However, they are also threatened due to hunting. 2