Flies are often annoying, but while most of them just make a stupid noise and fly up your nose when you’re on a bike, some present a much more serious threat.

The worst kind of fly is one that pesters you, bites you, spreads diseases and is hard to kill. The horse-fly, in this regard, is one of the most well-adapted.

Horse-flies or horseflies are true flies, with a single pair of wings and have balancing halteres right behind the base of their wings. They are found all over the world, except some polar regions, and islands. 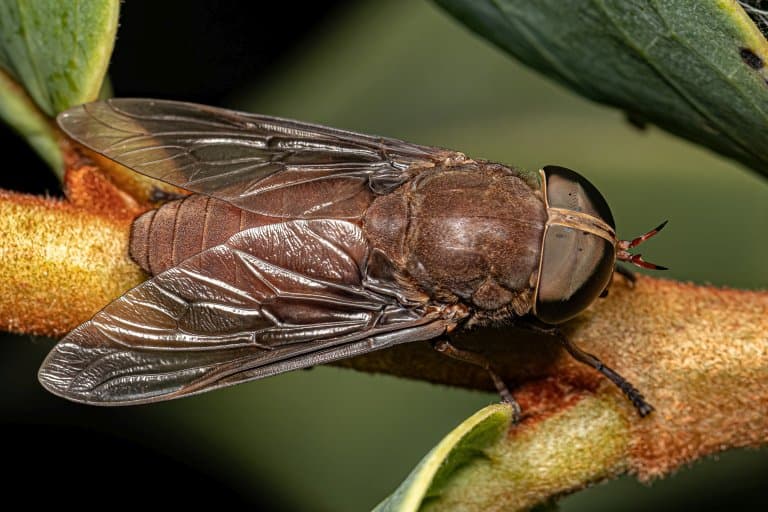 Horse-flies are so annoying that even the gods appreciated how much they suck.

And suck they do, with intricate and specialised mouthparts that resemble a Freddie Krueger / Edward Scissorhands crossover. They’re gross, annoying, and medically significant, both to humans and mammals as a whole.

Horse-flies are often large, agile and active during the daytime, where adult male horseflies will feed on nectar, while females will bite animals or humans to feed on blood.

Female horsefilies can transfer blood disease and viruses, and are at best seen as irritating by the human population (and likely animals, too) due to their painful bites.

Still, they are important components of a balanced ecosystem so should be considered as part of the bigger picture before making any attempt to remove them.

1. Their larvae are quite horrible

Before we even get to the ‘fly’ part, it’s worth considering how unpleasant their larvae are.

Kids can be pretty gross at the best of times, but horseflies give a new meaning to the term ‘hellspawn’. Most horse-fly larvae occupy slow-moving or stagnant water, which they enter by plopping out of their egg cases on hatching.

At this point, they set about attacking anything that moves, commonly feeding on fish, amphibians and other insects with powerful mandibles.

Some species, in their defence, are detritivores; meaning they eat all the pond gunk that sinks to the bottom. That’s not exactly an accolade, either, but it’s certainly more palatable than an aggressive, biting, aquatic maggot.

Larvae can spend literally years just swimming about biting things before they’re bored enough to take on larger animals as adult flies. In this time, (in the case of Tabanus punctifer, for example,) they navigate by “flipping the rear half of the body and propelling themselves in short, gliding spurts”.

Nothing should propel itself using spurts, least of all predatory maggots. But the fun doesn’t stop there. When it finds its prey, often an animal much larger than itself, it strikes with an audible click, grabs its prey and pulls it into the mud, where it (probably) injects a toxin that subdues its target for easier consumption. 1

2. Only females have a blood thirst

Once the sprogs are all grown up, the males are, thankfully, done with attacking things. They go off and drink nectar from flowers and generally mind their own business.

They’re not totally without accountability, though, because they then go and impregnate the females, who are subsequently filled with urgent blood lust to supply the necessary proteins to grow their eggs.

3. They have sawing mouthparts

The pregnant females acquire this blood through incredible, specialised mouthparts used to pierce and slice into the flesh of their host in a scissoring motion.

There are six components to the blood-sucking apparatus in the female horse-fly. The lower jaw (mandible) consists of two serrated, glass-like blades, opposite similarly paired cutting sheets of the upper jaw (maxillae), which are covered in rasping teeth.

The mandible performs the first cut, after which the maxillae are thrust inside, ripping capillaries open to draw blood. Next, the hypopharynx, a bladed needle, is injected into the wound, through which an anticoagulant is expelled to keep the blood flowing. This is lapped up through the tongue, or labrum, which you may not be surprised to hear is also a double-edged blade.

Essentially, this fly has a face full of surgical tools, specifically evolved for this very purpose. As disgusting as they are, these are highly specialised animals who are really very good at what they do. 2 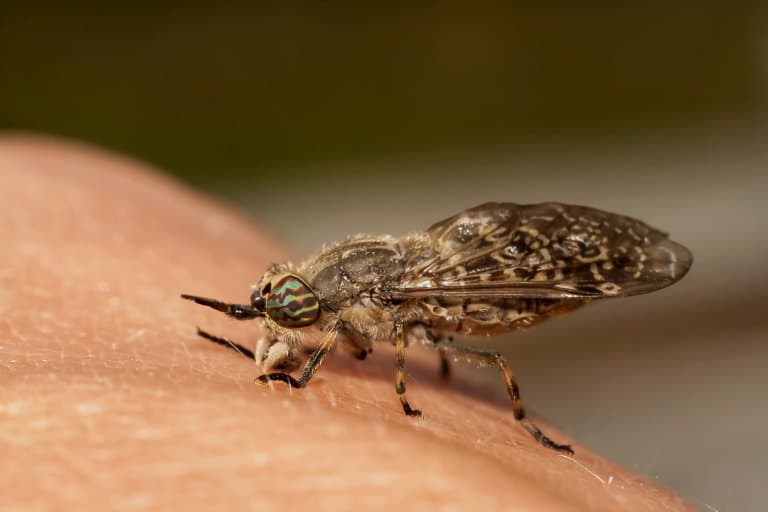 This is where they become a nuisance, and while horse-flies are known for causing a painful, raised, red bump in people, they’re also responsible for a lot worse.

Horse-fly bites can bring with them dizziness, wheezing, allergic reactions, and sores, and that’s not even the start of it.

Tabanids are responsible for the transmission of numerous blood-borne diseases involving bacteria, viruses, amoebas, and even the infamous eye worm Loa loa; that lovely nematode that burrows into your eyeball. They can even transmit anthrax.

If they don’t fill their host with disease or reactive sicknesses, the flies can still cause significant strain on their systems from blood loss alone. When these flies mass in large numbers, they can cause enough blood loss to kill an animal.

Some things transcend cultural and societal, and even evolutional changes over the span of human existence and provide a sort of universal human constant that brings us together as a species.

Phallic symbols have been drawn on bathroom walls since at least Ancient Rome, and the oldest sculptures found were manufactured in a 28,000-year-old cave in Germany. Both of which are good examples of this constant.

Greek mythology is home to one of the earliest acknowledgements of the annoying nature of a horse-fly. Zeus’ wife sends one to torment his mistress in an Athenian play from around 450 BC, and the mischievous shapeshifter Loki from Norse mythology transforms himself into one to get in the way of a blacksmith he didn’t like.

Written language doesn’t extend consistently beyond these times, but it’s safe to assume that horse-flies have been plaguing people since before people became people, and this is one of the things that should unite us as mammals. 3

6. There’s no horse-flies on some islands

If you’re thinking of getting away from horse-flies, then fortunately Anctarctica isn’t the only option.

Reportedly there are also no horse-flies present on some islands, including Greenland, Iceland, and Hawaii where the habitats are not quite right for them to breed. 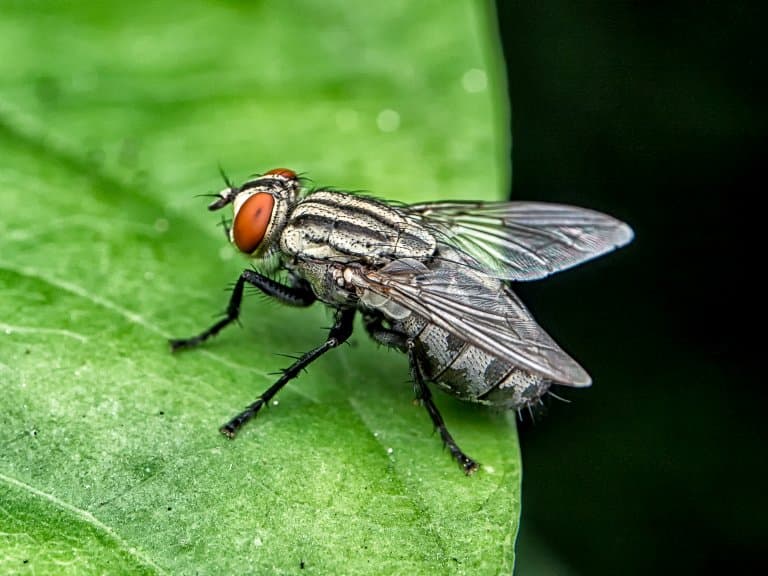 7. They’re (possibly) the fastest flying insect in the world

The Hybomitra genus of horse-fly have been observed performing incredible aerial manoeuvres similar to those performed by fighter jets.

A male Hybomitra hinei wrighti horse-fly was measured by by researchers using interpolation of slow-motion cinematography reaching a record speed of 145 kph (90 mph) during a pursuit of a female.

Whether this claim should mean the horse-fly deserves to be included in our fastest flying animals in the world piece, is up for debate.4

Yet, as universally annoying as they are, they’re quite significant to the ecosystem. As much as we hate to admit it, parasites and disease vectors do play a role in a healthy environment.

In the same way, predators help to control populations, parasites and diseases and also contribute to stability in their environments.

Horse-flies, being vectors of so many such horrible conditions, are therefore powerful influences in population dynamics. One of the reasons that human populations are so out of control and destructive to the environment is precisely that we’ve managed to reduce these limiting factors without replacing them with any restraint.

Defining the significance of annoying, biting flies, requires a wider scope of understanding of the ecosystem as a whole, and in achieving that, it’s possible to strive for a more balanced environment in which biodiversity is maintained without the need for disease keeping us in check. Until then, though, removing pests like horse-flies or mosquitos might turn out to be a bit of a monkey’s paw situation. 5