These are another mystery from the deep, these peculiar Anguilliformes do not resemble your typical eel. What we know about them comes from indirect observations and from being caught inadvertently.

These are members of the saccopharyngiforms, colloquially known as Gulper eels, or Pelican eels – referring to its huge mouth and pelican-like lower jaw pouch.

They represent a bizarre lineage of deep-ocean eels that, like many of their neighbours, resembles something out of a sci-fi horror show.

Not much is known about the gulper eels, as live specimens are hardly ever seen, and dead ones are so fragile that they’re difficult to inspect.

What we do think is that they are a subgroup of your more relatable eel, relegated to the darkness on account of being ugly as hell.

They are infamous for their enormous mouth that is larger than it’s own body. They are able to open it so wide that they could swallow animals larger than them. However, analysis of their stomach contents suggests they primarily eat small crustaceans.

It’s thought their prey is deposited in their pouch-like mouth, before it’s consumed by the eel. They are also sometimes called the umbrella-mouth gulper!

They’re very odd animals: they can produce their own light, gulp down things bigger than themselves and contain special floaty jelly. Let’s take a look!

It was thought that gulper eels were a separate order from other eels, and until recently they were listed as such, but upon deeper investigation, they appear to be what’s called a derived lineage – that is, a branch with shared characteristics – within the true eel order.

This makes them a very strange-looking member of the Anguilliformes order; and the only genus, Eurypharynx in the family Eurypharyngidae. 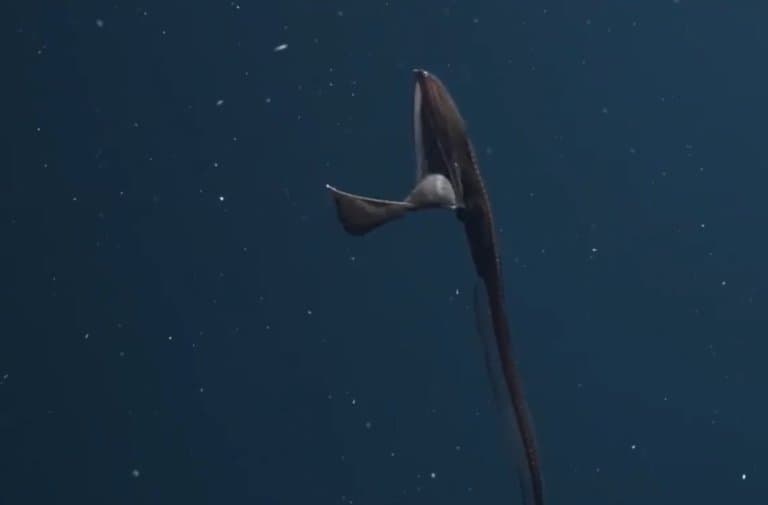 2. They’re quite specific in their preferences

When studying the quality of the environment gulper eels prefer, scientists discovered a narrow range of conditions, including a need for water that is high in oxygen and low in silicate.

These conditions aren’t available everywhere, and this suggests that, at least in certain species, gulper eels need to stay within a very specific range of depths.

3. They glow in the dark

This pelican eel is bioluminescent. They use this ability to draw in curious prey items with a pink glow and a series of red flashes, emanating from the tail of the fish.

Many deep sea creatures can’t see red light, so it’s suspected that there are other wavelengths emitted at the same time that we don’t know about yet.

4. They start off normal-looking

Like other eels, gulpers have leptocephalus (slender-headed) larvae. This means their young are normal, standard-looking baby eels that live and laugh among the other light-dwelling animals in the relatively shallow waters of the photic zone.

However, these planktonic larvae go through very rough puberty, and as they start to develop the monstrous proportions of their parents, they skulk away into the depths.

By the time they finally do mature and drift into the inky blackness of the aphotic zone, they’re well equipped with an incredible gulp. The extendible jaw and the enormous sac of skin that allows it to hold onto prey items even larger than itself are what give this animal its name.

The flappy skin may also be used as a threat display when the eel comes into contact with a potential danger. They have been seen to wave it around when encountered, expanding the cavity to between four and eleven times the volume of the rest of their body; perhaps trying to frighten away a predator.

When this doesn’t work, the eel retracts its bellowed jaws and swims away like any other eel.

When light is shone on them, it’s said their eyes glow bright red in the dark. This is unusual, as it may suggest that eels are one of the few animals in the deep who can see red.

If this is true, it suggests perhaps that the red light emitted by the animal’s tail may in fact be a communication device to other eels. 1

7. They have rows upon rows of teeth

Inside this enormous mouth is a series of backwards-facing teeth that are used to ensure anything that enters it can only move in one direction. 2 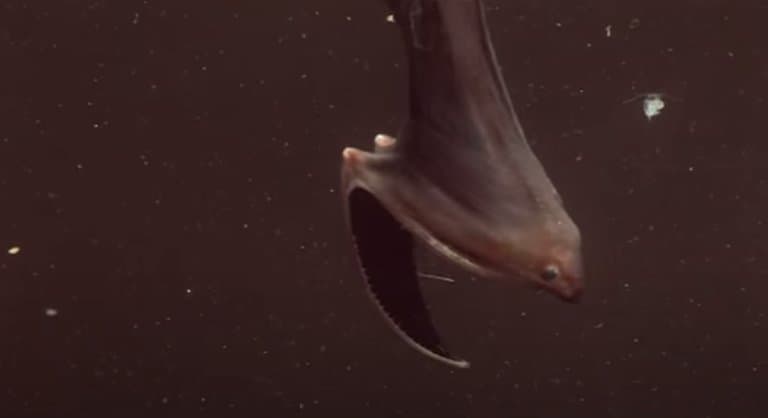 Since these eels don’t have a swim bladder like most of their kind, they have to figure out other ways to manage buoyancy.

When explored, gulper eels were found to contain lots of little gel-filled sacks, used to regulate how much the animal sinks or floats.

9. They have reduced skeletons and musculature

Another adaptation to the murky depths is the reduction of muscle and skeletal, which helps the eel better match the density of the water.

This means that gulper eels don’t need to use any energy to stay in place, and can save it up for lunging at prey.

10. It probably feeds by sucking

Unlike the muscular basking shark that swims around with its mouth open, gulper eels are weaker and feed on faster-moving prey items.

This makes it unlikely to use the same feeding strategy. It’s more probable that they use the rapid motion of opening their enormous mouths to pull in prey quickly, where it remains trapped.

However, so few of these animals have ever been seen alive, there’s still quite a lot we don’t know.

11. They get roses in their noses

This is thought to be a specialised sensory organ to pick up on female mating pheromones. Mating is yet to be described, but with some species at least, the females are thought to die after reproducing.

12. They inadvertently get caught in deep-sea fishing nets

While little is really known about them, and it’s almost impossible to get a good photo of one alive at deep sea, thousands of them get caught in fishing nets, mostly in the Atlantic Ocean. 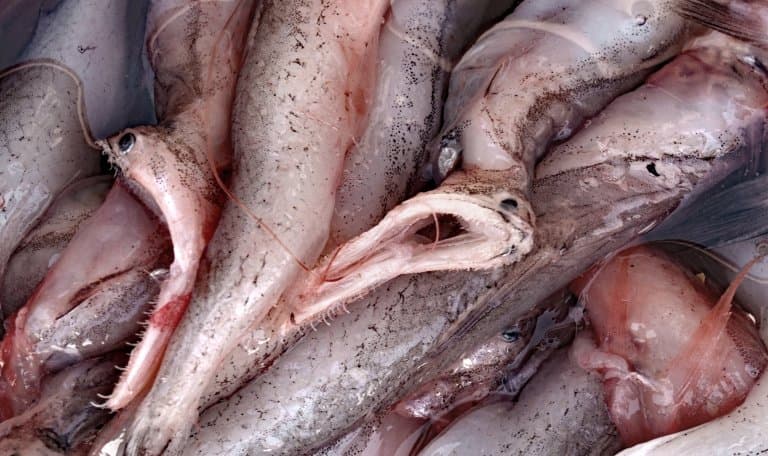