Gophers are a group of small burrowing rodents from North and Central America. True gophers (Geomyidae) are actually known as ‘pocket gophers’ which, it should be made very clear, is a just name and not a suggestion.

They’re powerful, tiny little diggers that have a dramatic impact on their landscape and can be a tough contender for farmers. 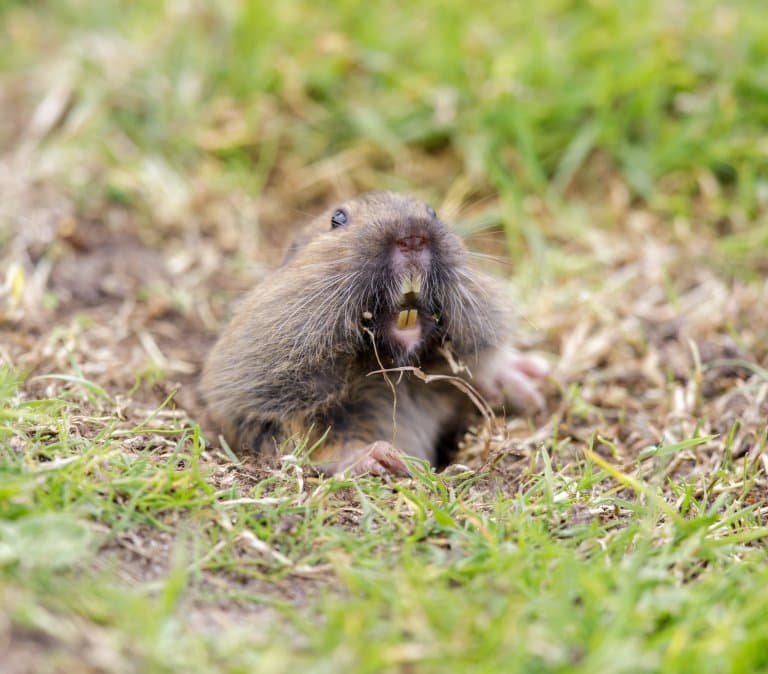 There are six reported genera of Geomyidae, and 41 species (Itis).

They each have short, powerful legs, adapted for digging, and they really know how to use them. They use them to create networks of burrows to help stay safe, and for access to food.

They have wide, flat, burrowing heads, cylindrical bodies and short, but heavily innervated tails (keep reading to find out why!).

Gophers are herbivores and diet on plant roots, shrubs and vegetables.

Gophers can have territories of up to 2000ft2 (166m2) and may occasionally share opposite ends of their burrow if territories overlap; in general though, they mostly prefer to be away from other gophers. 1 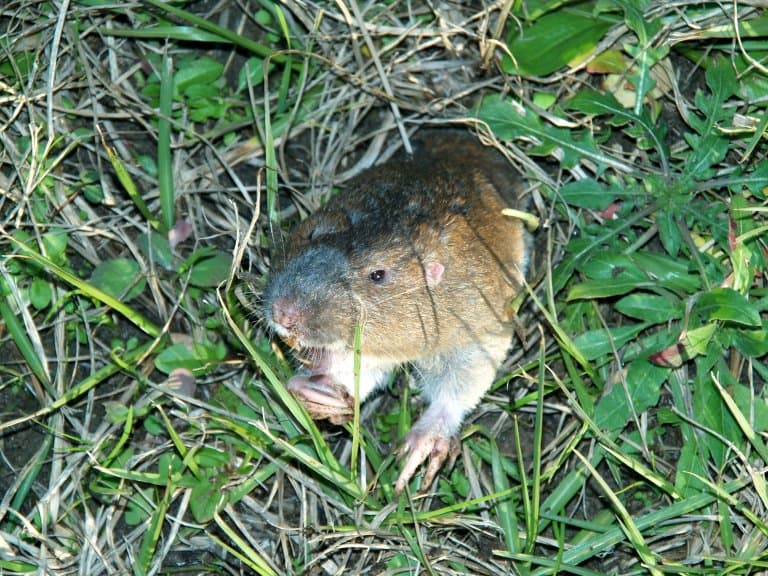 2. But they share their homes with some interesting insects

Gopher burrows, while usually containing only one gopher, are home to a curious array of insects.

The diversity of insects cohabiting with gophers has piqued the interest of biologists and research still needs to be expanded in the area to find out exactly why these two very different animals particularly enjoy one another’s company.

3. They can store food in their cheeks

They can be used to carry food to underground larders, storing it for later. 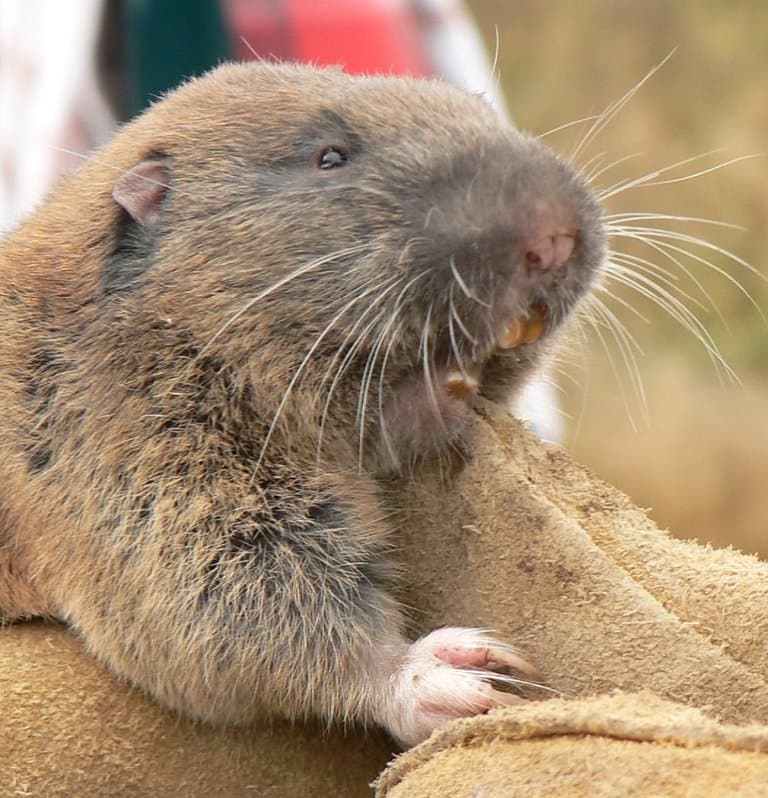 Like many animals, Gophers are on the list of banned items in New Zealand. Due to their potential to affect the soil, the country has declared them a serious potential threat to the ecosystem and has measures in place to make sure no gopher comes near.

This isn’t a strange paranoia, either; invasive species such as rats have decimated New Zealand’s bird population and in an island ecosystem that isn’t adapted to a burrowing sausage, a gopher infestation could cause serious harm.

5. They can empty their pockets

Since those furry cheek pockets are in their face, it’s a bit tricky to reach in and pull anything out. Because of this, pocket gophers turn their cheeks inside out. This helps them access the contents and clean the dirt out for the next round of shopping. 2

If you’ve read this far, you already know this, whether you realise it or not. Fossorial is a great word that means ‘adapted for burrowing’, or, ‘to live underground’.

Fossorial animals have certain physical characteristics that make digging easier. Since they typically can’t wield a pickaxe, their bodies have developed into built-in diggers.

Common adaptations to digging are a wedge-shaped head, a body no wider than the shoulders, short limbs and tiny eyes.

7. They navigate backwards with their tails

While gophers have a very short and seemingly redundant tail, there is more to that than meets the eye. It’s been discovered that the tail is particularly well innervated (filled with nerves) and vascular (filled with blood vessels).

This suggests that it’s used as a sensory organ, and explains how gophers are so competent when moving backwards. This ability allows them to keep their tunnels narrow and retreat from predators at great speed. 3

8. They can close their mouth behind their teeth

When using your face like a shovel, there are certain occupational hazards.

Gophers are prepared for this. They have small eyes to reduce the risk of injury from burrowing, and they’re also able to prevent getting a mouthful by closing their lips behind their front teeth.

This allows them to use their teeth for digging without the consequent need to spend the rest of the day flossing.

When two independent lineages of animals are faced with the same environmental challenges, it’s often the case that they will evolve similar strategies to cope with it. With burrowing (fossorial) mammals, this is seen in animals from drastically different taxonomic lineages, each developing the adaptations we highlighted in the previous section. This is known as convergent evolution.

However, gophers, while offering up great examples of convergent evolution, also provide an opportunity to witness adaptive radiation, within the genus Thomomys, which is one of the most morphologically diverse genera in mammals.

Species of gopher within this genus have adapted quickly to different soil qualities and as such have changed shape significantly and developed into distinct species. This is a beautiful example of radial diversity and evolution. 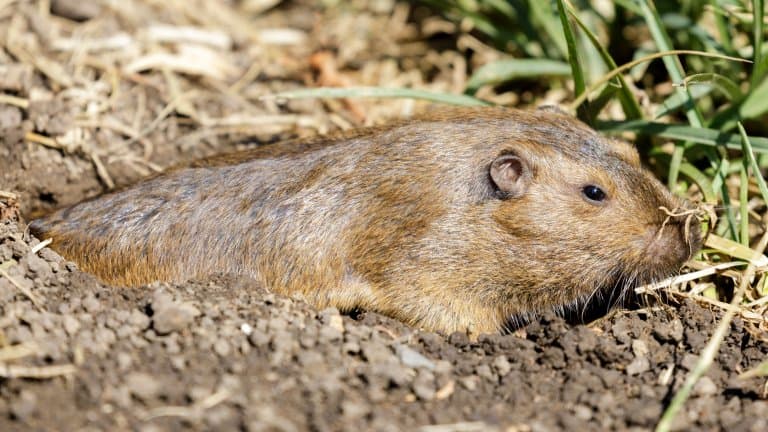 Gophers have great predatory defences. Aside from their aforementioned belligerence, they can retreat quickly into their burrows and rapidly force an earth plug into the entrance to close it in the case of a snake trying to enter.

While small enough for many predators to eat, the gopher uses the strategy of making it too much work, so most will move onto easier targets.

Due to their small, cylindrical form and exceptionally powerful and determined nature to fight, researchers in the ‘80s described pocket gophers as homely, belligerent sausages, something which seems to have stuck with the scientific community.

Their strength and tininess make give them a character that many researchers respect.

Gophers dig a lot. So much, in fact, that they’re considered to be ecosystem engineers.

These animals alter the landscape with their behaviour, loosening and aerating the soil, and promoting the decomposition of organic material – a process that determines the quality of the soil, and therefore the plants and animals that rely on it. 4