If you were to go poking around in tiny, murky pools and streams in tropical South America, you may happen upon a giant, sausage-shaped fish capable of producing an electrical discharge far higher in voltage than the average home outlet.

World famous for its absurd secret weapon, the electric eel has been a subject of human fascination for hundreds of years, and is partly responsible for the invention of the battery. 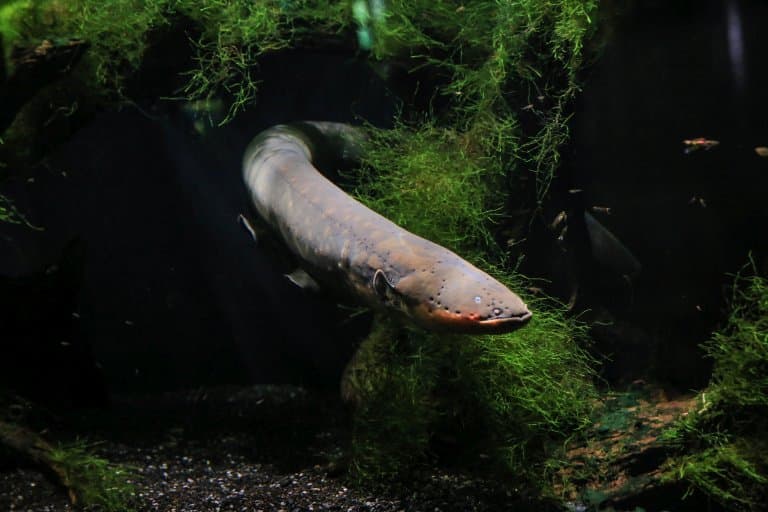 Electric eels belong to the order Gymnotiformes, a large and diverse group of nocturnal species also known as Neotropical knifefish.

Species within this order possess electric organs and are capable of producing and detecting tiny electrical fields, though only electric eels pack enough power to use electricity as a weapon.

Its range spans across Brazil, Venezuela, Colombia, Ecuador and Peru where they live in quiet, slow moving waters, rivers, streams and pools.

Electric eels were thought to be solitary, but there is evidence they group together to hunt in packs. They diet upon other fish, as well as insects and small vertebrates, such as amphibians, reptiles and mammals.

The conservation status of all three species of electric eel is thought to be healthy and classfied as least concern by the IUCN.

1. Despite their name, electric eels are not actually eels at all

They are actually freshwater fish. True eels belong to the taxonomic order Anguilliformes, and are only distantly related to their electric lookalikes. They are more related to catfish!

The main purpose of the highly elongated body in electric eels is to maximise the size of their electrical organs. 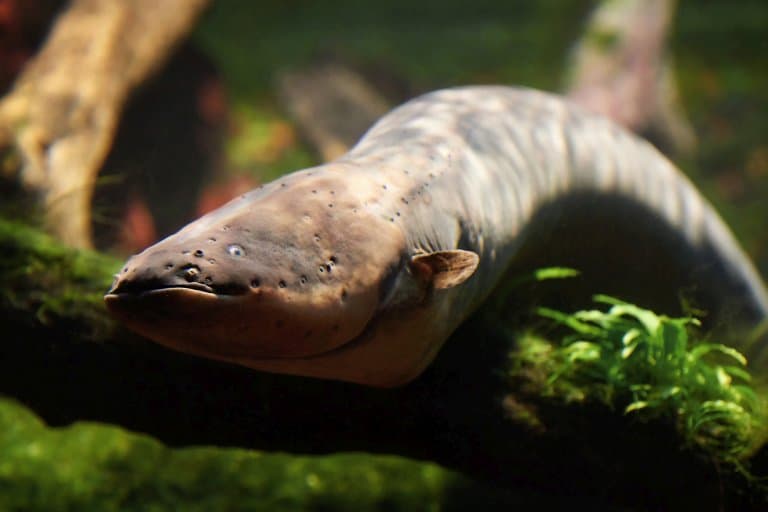 Electric eels are easily able to stun or even kill animals up to the size of a horse.

Of the three species of electric eel, Electrophorus voltai packs the biggest punch- capable of generating a truly shocking 860 volts, it also holds the lofty title of the most powerful electrical animal in the world.

Though extremely rare, their are known deaths to humans caused by electric eels. 1

The ability to breathe air allows electric eels to thrive in extremely oxygen-poor environments like stagnant pools and ditches, and they gain around 80% of their oxygen by gulping in air from the surface.

The inside linings of their mouths have an extremely convoluted, highly vascularised structure- remarkably similar to the inside of a mammalian lung- that maximises the surface area available for gas exchange.

4. They are suction feeders

Electric eels feed by rapidly opening their mouths, generating a strong suction that usually draws prey in headfirst. Because of this, they only hunt smaller fish that they are able to swallow whole.

5. They are able to explore their surroundings without seeing them

By generating weak electrical fields around their bodies and sensing the minute distortions within them, electric eels are able to detect nearby animals and objects.

Known as electrolocation, this extra sense allows them to function normally in total darkness or murky water with zero visibility, giving them a massive advantage over their prey.

6. They communicate with each other using electricity

Electric eels can monitor and interpret the weak voltages produced by other members of their own species.

From these, they can gain information about their fitness and gender, and even distinguish individuals from each other. 2

7. Their anus is located on their chin

Pardon? Yes, you did read that correctly!

The use of electricity is so vital to electric eels that the vast majority of their body space is devoted to their electric organs.

All their other major organs are confined to the front 20% of their bodies, a highly unusual body plan which results in the strange placement of their anus beneath their chin. 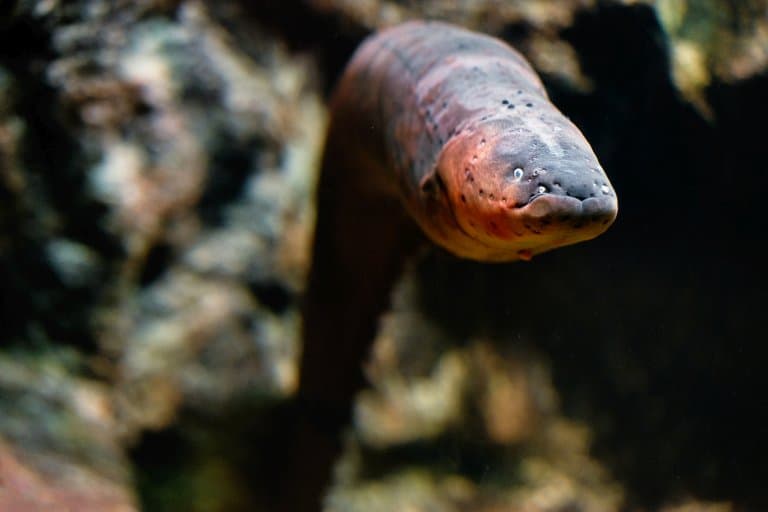 8. They can force hidden prey to reveal themselves

By producing a high voltage ‘doublet’ of electrical discharges, electric eels cause involuntary muscle twitches in prey hidden nearby.

They are highly sensitive to physical disturbances in the water, so they can use even the slightest movement to home in for the kill. 3

9. Their high-voltage shock is more than a weapon

When an electric eel begins a predatory attack, it produces a volley of high voltage discharges at around 400hz; the shock completely disables voluntary movement in nearby prey, but it does nothing to slow their momentum through the water.

Much in the same way that bats use their sonar, electric eels use the feedback from these super fast electrical pulses to track fast-moving targets with remarkable accuracy, finishing up their attacks with a precise strike.

10. Electric eels have built-in insulation, but it’s not perfect

Layers of specialised adipose tissue around the vital organs allow electric eels to avoid electrocuting themselves; at least for the most part.

Muscle twitches are occasionally observed as they discharge high voltages, suggesting that they are not completely immune to their own shocks. 4

Electricity-producing organs have evolved at least six times amongst fish in a remarkable example of convergent evolution.

Electric catfish (Malapteruridae), torpedo rays (Torpediniformes) and some stargazers (Uranoscopidae) are even capable of producing powerful weaponized shocks in self-defence or to stun prey.

12. Some of their prey species have evolved an electric cloaking system

Electric eels readily prey upon smaller species within their own order, as well as unrelated freshwater elephant fish (Mormyridae), that also produce weak electric fields to sense their environment.

Because the use of electricity makes them highly conspicuous to electric eels, these smaller species are able to alter the frequency and phase of their electric fields to render themselves functionally invisible to their predators. 5