The earthworm is one of the most important creatures on earth and one that engineers the very foundations of the ecology we live in. They’re slimy, wriggly, subterranean critters, but they do more for us than we realise!

Earthworms literally produce fertile soil from their back ends! Their role in the ecosystem is critical, and they are prevalent in almost every soil where there’s moisture. 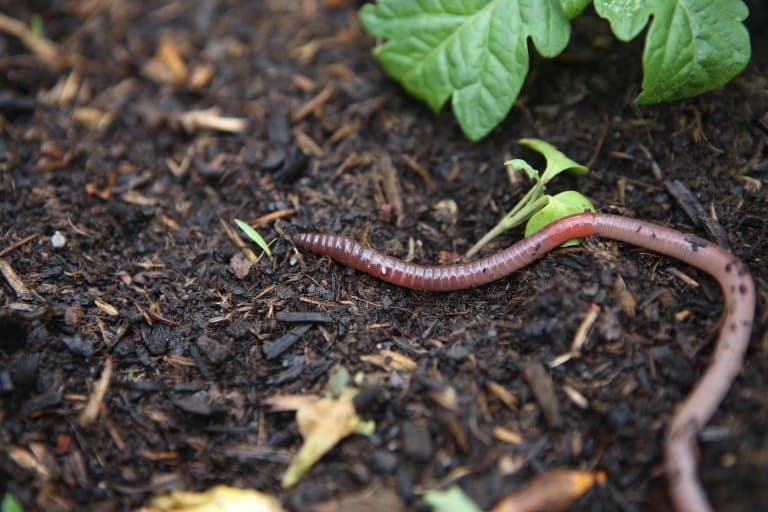 Worms in general are difficult to categorise. Earthworms are all Annelids, which is a phylum of segmented worms. They’re also commonly grouped by class in relation to their reproductive collar, called a ‘clitella’, which puts them in the class ‘Clitellata’.

Then there’s a subclass determined by their bristles, used for locomotion, called “Oligochaeta’; but from there, things break down a bit. Superclasses, infraorders and other confusing placeholders are implemented when taxonomists don’t know what to do with their specimens; and it all gets very confusing.

The best we can do at the moment is categorise earthworms as two of three orders under the Oligochaeta, called Haplotaxida and Lumbriculida. However, our advice is to avoid worm taxonomy entirely and focus on the following, much more interesting facts.

While their are over 7,000 species of worm, only 150 of them are widely distributed around the world.

They are invertebrates, which means they don’t have a skeleton. However, they are filled with fluid and internally segemented with different chambers which helps them keep structure.

Earthworms are made up of many ridged segments and are covered in tiny hairs that help them move in the soil. They are commonly found in soil worldwide, where they eat organic plant matter, fungi and other weird microorganisms.

This impressive find has blown the UK record of 15.7 inches (40cm) out of the water, but the latter, named Dave, has been immortalised in the museum database, making it possibly the largest worm called Dave in the world. 1 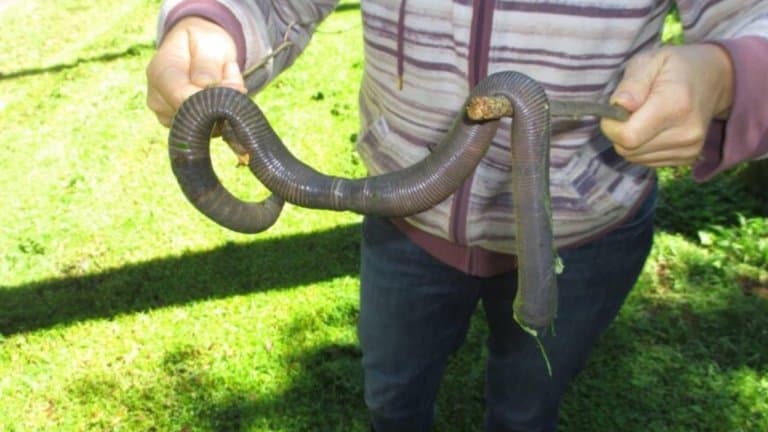 Earthworms breathe through their skin, which is quite common in slimy, soft-bodied creatures.

They’re also cold-blooded so have a very slow metabolism. These things combined allow earthworms to absorb enough oxygen from water to keep them alive for months when submerged. 2

3. There’s various theories to why earthworms come to the surface when it rains

Convential wisdom is that earthworms escape to the surface to stop drowning, however as shown in the previous fact, they can breathe underwater. Tests have actually shown they can survive being submerged in water for over two weeks.

Therefore the popular drowning explanation is a myth, and researchers have proposed various other theories. These include –

Earthworm and soil experts are starting to settle on the first theory above around enabling them to travel on the surface as the most likely explanation.

Interestingly, birds have recognised and exploit this behaviour by mimicking rain by hitting the ground with their feet to encourage earthworms to rise to the surface to eat them! 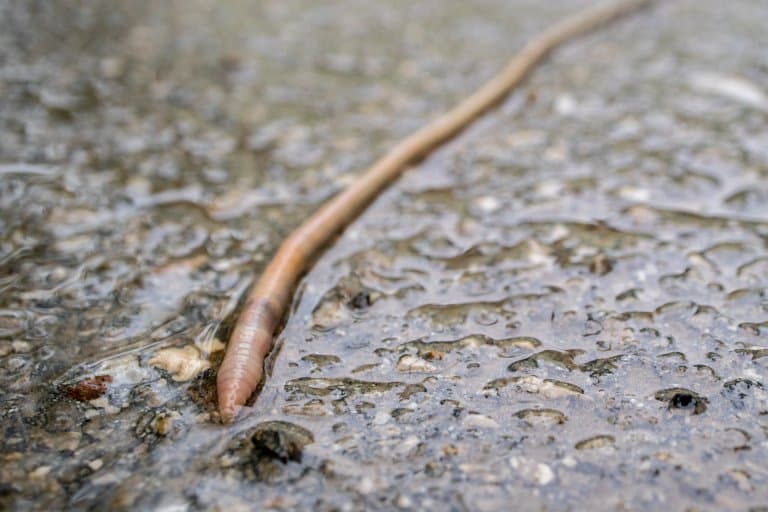 4. They are dominant almost everywhere

In most soils, anywhere in the world, earthworms are the dominant group of microfauna. In fact, in a single hectare, there can be two tons of worms! That’s over a million individuals.

Worms are so prevalent because there is a vast diversity of species and they’re so good at munching leaves that fall to the ground. Better than any other invertebrate, in fact.

Although, some worms do. Eyes are not really needed when you spend your life in the dark soil.

However, they do have special photosensitive cells called “light cells of Hess”, that allow them to sense light at their front-end. They will move away from light and can become paralyzed if exposed to light for too long.

In such high densities, they need to be able to get along, and it turns out they do.

Communicating by touch, earthworms can form large clusters that communicate as a sort of hive mind and work together sharing information and making decisions on what to do next. 3 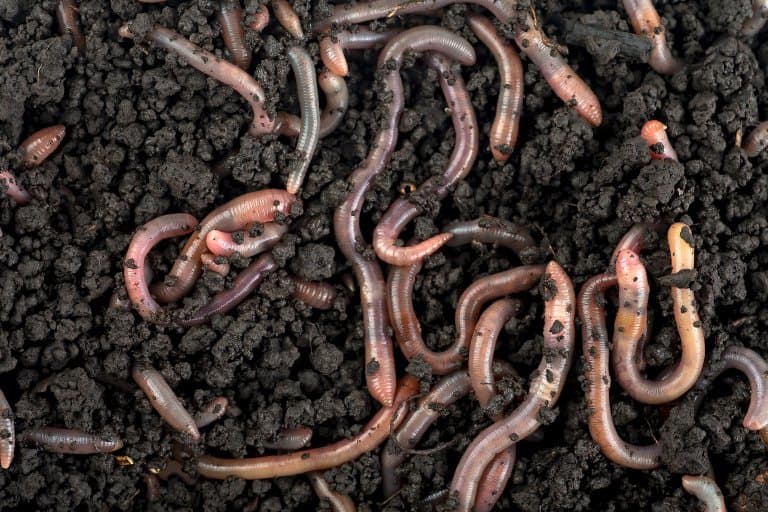 7. They move underground by contracting muscles in their bodies

The contracting and relaxation of different muscles alternates shortening and lengthening their body that produces a wave like effect in their tube-in-a-tube body to move.

To aid the burrowing process, they can also secrete mucus which allows them to glide through the soil. Adults are able to push 10 times their own body weight in mass.

Regeneration depends on the species of eathworm and the amount of damage to the worm where it has been cut, but many worms are able to regenerate and replace a lost tail.

They cannot survive if the front part of their body between the head and saddle is cut (where much of their major organs are). It’s also a common misconception that if you cut them in half they can make two new worms, unfortunately they will likely just die (or potentially the head end may survive). 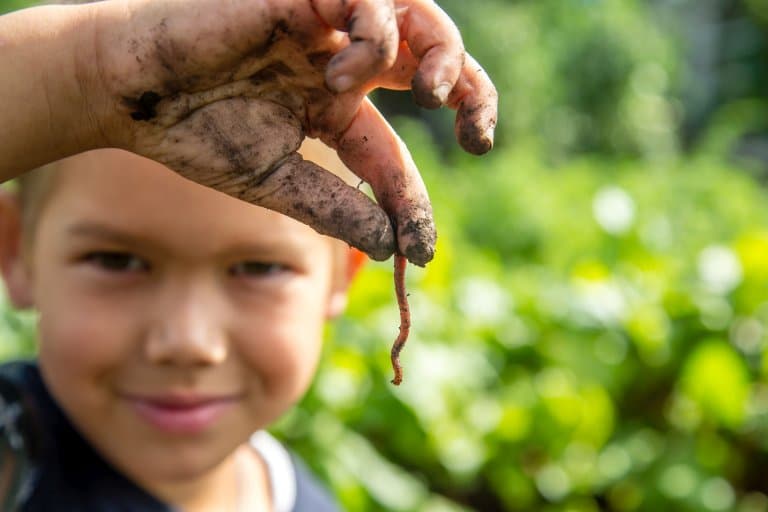 Most earthworms are hermaphrodites, meaning they have the sex organs of both male and female worms. This is a pretty incredible strategy for reproduction as it means that both mates can share genetic information and pass it on; essentially doubling the effectiveness of mating.

Some of these copulations last up to 200 minutes though, so it’s probably a good idea to get as much out of that as possible. 4

10. But sometimes they just clone themselves

This strange form of reproduction is called parthenogenesis and it’s not very well understood, but it means that even if nobody fancies them, certain earthworms can reproduce by themselves. 5

11. They use gizzard stones for digestion

Just like many birds and crocodiles, and that triceratops from Jurassic Park, earthworms swallow stones to help them digest food.

Stones are often used in place of teeth, to grind up vegetation and help expose the nutrients inside for digestion. Interestingly, the name for gizzard stones is ‘gastrolith’, which is also a great name for a hard rock band.

Earthworm circulation is performed by way of paired aortic arches. These are paired valves that work similarly to a heart, pushing blood in one direction and pulling it back in the other.

Earthworms have five pairs of these, and half carry blood forward to the front end of the worm, while the other half carry it to the rear.

This is a form of the closed circulatory system, just like ours.

The blood is contained inside vessels and pumped around the body in a circuit. In many invertebrates, this isn’t the case. Often there will be a simple pumping of fluids around an open system that just sort of washes the inside of the body with blood to extract and exchange nutrients and waste. 6

When the leaves of a plant fall in the autumn, or we throw out our vegetable scraps into the compost, they gradually decompose. This is so common that we sort of take it for granted, but the process itself is an active one.

Numerous microorganisms and invertebrates take part in this process, and earthworms are some of the most critical. Without them, leaves and would just sit around on the ground. We call this leaf litter, and it’s one of the earthworm’s favourite foods.

Earthworm burrows mix soil horizons, aerate the substrate and convert complex organic matter into nutrient-rich poops that sit on the soil surface and are readily available to plants. This also helps protect from soil erosion and structural stability of the growing medium for plants.

This means that they’re critical to the growth of our food and our trees. Without earthworms, soil density would increase over time, too, reducing the ability of roots to breathe and take up water. 7 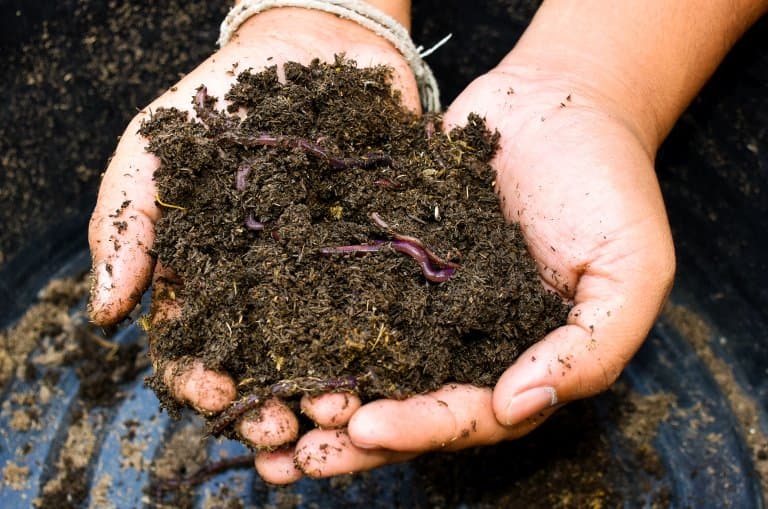