If you’re lucky enough to visit the jungles of Central and East Africa, you may run into some military patrols here and there. But these aren’t human armies, they’re much more populous.

A single of these patrols can contain far more individuals than both active and reserve human military personnel in all countries on earth! Thankfully for us, they’re not very political.

These are Dorylus, more commonly known as driver ants or safari ants, a large genus of army ants, found in Central, Eastern and South Africa and tropical Asia. 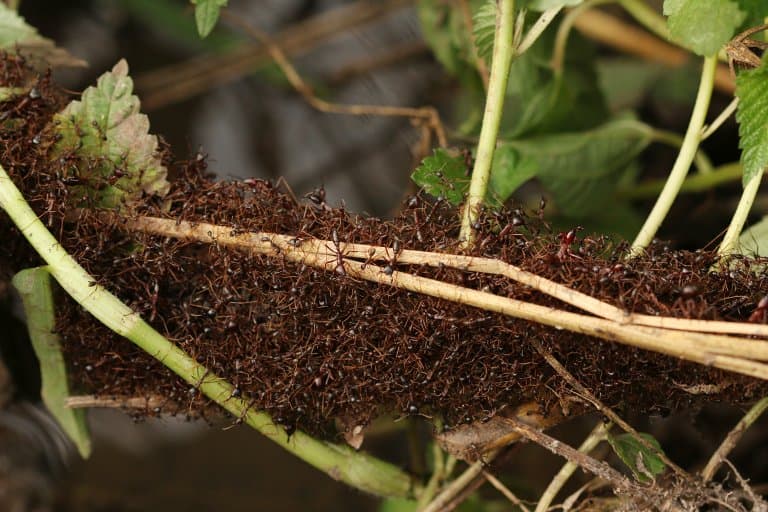 Driver ants are a genus of army ants, so named (supposedly) because of their use by armies as stitches. But the name seems more appropriate as a description of their behaviour; legions of these animals terrorise the forest floor in search of food.

In swahili driver ants can also be called ‘siafu‘, and this term can be used by indigenous people to describe a variety of species of ants.

The genus Dorylus is the most aggressive group of ants in the world and contains over 61 species. Like all army ants, colonies will comprise of hierarchical and specialized roles.

There’s worker ants that are usually blind or have limited vision and will carry out a variety of tasks to support the colony. Larger solidier ants have scissor-like mandibles and protect members. There’s one queen who is the largest, and can mate with multiple males. Mating males known as ‘sausage flies’ due to their inflated abdomens are able to fly, and seek out the queen ant to reproduce.

While driver ants are able to sting, they rely on their large cutting jaws to attack anything in their path. They mostly diet on insects, and earthworms – but they can also consume small animals, such as mice, snakes, snakes, birds or anything else that might not move out of their way.

They can also take on prey as big as a large rat or chicken, leave well-marched trails behind them, and are almost continuously on the move.

Move aside Big Five, driver ants are one of the coolest things you’ll see on safari.

In the UK or US, the ants you’ll see around make up a colony that is likely to comprise between 5,000 and 8,000 individuals.

Some Myrmica species form colonies as small as just a few hundred members, others like Tetramorium caespitum may reach an impressive 15,000 or even 30,000. Formica rufa colonies can even reach populations of 400,000 members! Perhaps you can see where we’re going with this…

When a driver ant colony goes on a raid, they routinely bring with them up to fifty million individuals. This breathtaking phenomenon can span hundreds of meters, perhaps even kilometres, and contains so many marching feet that it’s audible from standing nearby.

The ants carve a trail through almost any terrain and leave a well-trodden path behind them when they leave.

These colonies aren’t fixed to a position like most ant species.

Instead, they move around with their brood and their food, and set up temporary subterranean bivouacs; structures built from the very ants themselves, inside which the queen and larvae are protected by walls of interlocked legs and mandibles.

While migrating, they make a new one of these each night and dissolve into raiding patrols the next day.

These raiders fan out across the ground with countless thousands of individuals spread out, looking for food. Driver ants are predators, and as such are not interested in your coke can or fruit.

Instead, they will tackle anything with protein, and once a food source is found, the dispersed individuals gradually collapse into organized channels, encased inside tubes of guard ants, each one raising its enormous jaws to the sky as a warning.

They will attack anything they come across, and while the thick, organised branches of soldiers are relatively easy to spot, if you’re unlucky enough to walk in the grass while they’re fanned out, you’ll be quickly treated to a barrage of bites.

They’re also good at scavenging, and during the rainy season, you may wake up to find them raiding your kitchen for scraps.

Driver ant raids are powerful and efficient and can disappear as quickly as they arrive. Within 45 minutes to an hour, in most cases, they’ve moved on with their loot. 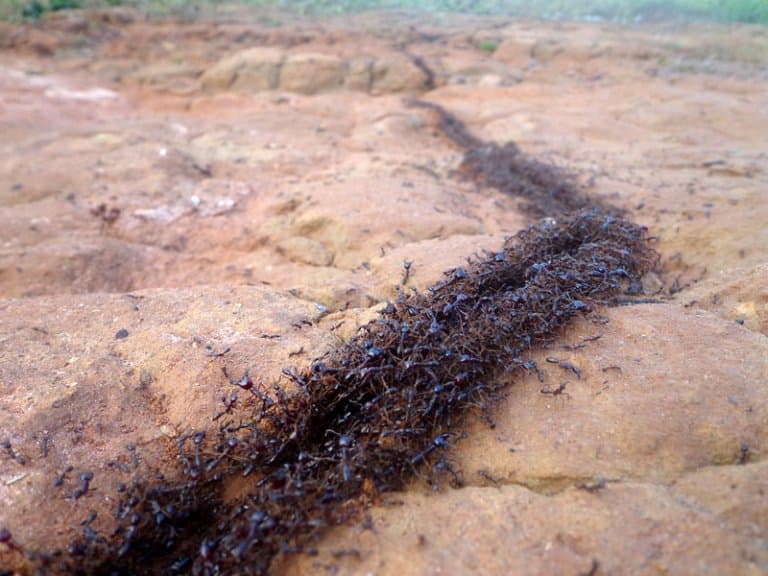 Driver ant drones are huge, meaty beasts with fearsome mandibles. They’ll often be heard and seen buzzing around lights at night and crashing into everything. These mandibles, as scary as they look, are totally harmless and are used as claspers for mating.

The thick, cylindrical abdomen on these ants has led to them being referred to as sausage flies.

Driver ants are all-terrain animals. They can climb trees, cross water and scale all kinds of walls and cliffs. They do this by creating tunnels and bridges with their bodies.

Huge soldier ants form the outer shell of these channels and the smaller workers use them to pass safely.

6. They have exceptional fecundity

You may wonder how a queen driver ant has time to make all these individuals. It turns out that the queen of Dorylus species may well have the highest lifetime fecundity (breeding ability) of any animal.

Every 25 days, as queen Dorylus wilverthi can lay 3-4 million eggs! They lay almost non-stop throughout their lives and can have up to 15,000 egg-producing ovarioles. A single queen can produce around 250 million eggs in her lifetime. 1 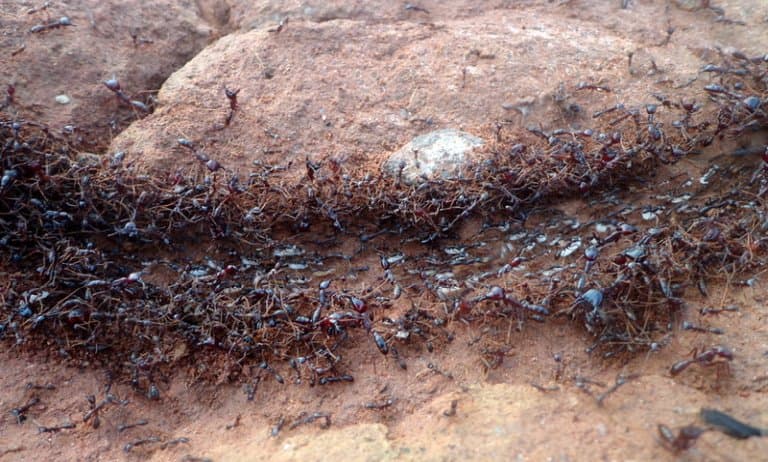 7. Their queens are enormous

As you’d expect from these numbers, she does need to be rather large to do this.

When she dies, her colossal workforce may join forces with another colony, in an act that is known as colony fusion. 2

8. They’ll go to war with other ants

While they are not specialized predators of other ant species, they will go to war with other ants that come into their path. The winner usually has the largest army.

Due to their nature of carrying off anything that moves, driver ants are, in some cases, considered a useful addition to the area. As long as you keep your toes (and your chickens) away from them, they can clear your farm of pests very efficiently, without harming any of your crops.

They’re also welcome in some houses, as a means to remove snakes, cockroaches and other pests. In some cultures they are collected in a pot in their thousands and released into the grasses that make the roof of the house to remove termites.

On the other hand, some cultures see these raids as a punishment or form of witchcraft. 3

10. They may function as field stitches

It is said that certain communities traditionally use the enormous mandibles of these ants to close wounds, much in the way that surgical staples are used in modern medicine.

This may or may not be true, but it’s not recommended; predators tend to carry with them plenty of nasty bacteria in their mouthparts and don’t practice the same level of oral hygiene as you hopefully do, so injecting those mouthparts into an open wound may not be very sensible.