When both wingspan and weight is taken into consideration, the Andean condor is the largest flying bird in the world.

Along with its relative the California condor, it is a beautifully adapted scavenger, and has held an important place in the folklore of many different cultures for thousands of years. 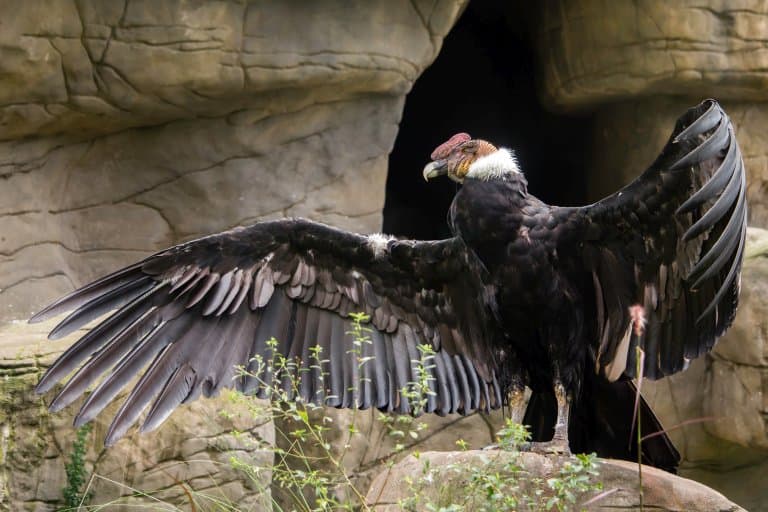 Both Andean and California condors belong to monotypic genera – each is the only extant species within its respective genus. They share the family Cathartidae with five other extant species, all of which occur in the Americas and are therefore known as the New-world vultures.

The family name Cathartidae comes from the Greek “cathartes”, meaning “purifier”, and reflects their important role as carrion-eating ecosystem cleaners.

Condors are high-altitude specialists, nesting and roosting on extremely inaccessible mountain ledges up to 5,000 metres above sea level, and travelling hundreds of kilometres every day in search of carrion.

They are extremely large birds, with black feathers and a bald head. They have a band of white feathers on the underside of their wings.

Condors generally have a preference for large carcasses, such as those from cattle or deer. They use their sharp beaks to rip through the dead animals skin and eat.

1. They are the largest bird of prey in the world

The Andean condor is the largest flying bird in the Western hemisphere, and in the world when combining measurement of weight and wingspan together.

Only species of albatross and pelican are larger than the Andean condor.

2. Condors can soar over 170 km without a single flap

The huge wingspan of condors makes them exceptionally good at soaring on thermals, and this allows them to cover vast distances in search of food with very little effort.

Condors have been observed travelling for over 5 hours, and covering a distance of over 170 kilometres, without a single flap of their wings! 1 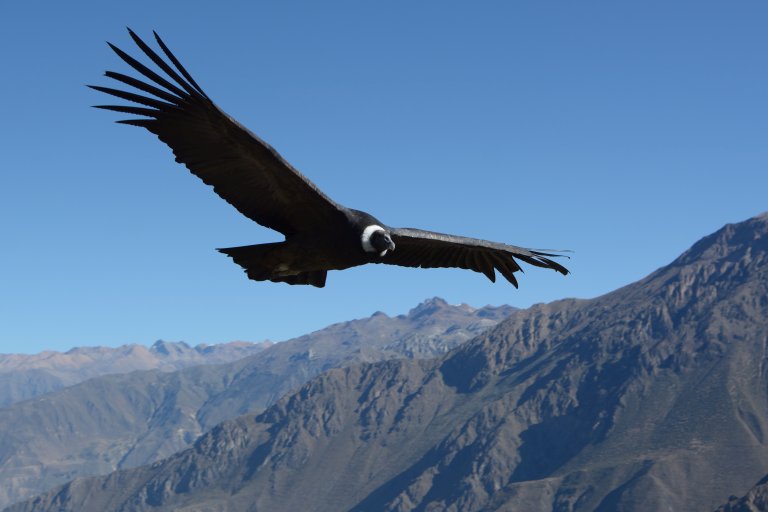 3. They habitually poo on their own legs, and nobody is quite sure why

Many American vultures are known to empty their cloacas onto the scaly sections of their legs, in a behaviour known as ‘urohidrosis’.

It is most often observed in birds that inhabit hot climates, and helps to cool them down, but since condors inhabit high-altitude cold climates, it is unclear why they engage in this behaviour. 2

4. They are a remarkable example of convergent evolution

Many of the carrion feeding adaptations possessed by condors – including the large wingspan, bald head and neck and powerful digestive system, are shared between vulture species throughout the world.

However, condors and other New-world vultures are not thought to be very closely related to their African counterparts.

5. No carcass is safe from Andean condors – even if it belongs to an apex predator

Andean condors are known to harass pumas after they make a kill, forcing the big cats to abandon the carcass before they have finished eating it.

In areas where both condors and pumas coexist, pumas need to make around 50% more kills than usual in order to make up for their losses. 3

Many birds are known for their longevity, with some species regularly exceeding 30 or 40 years of age. Condors, however, may be the longest-lived birds in the world.

A male named Thaao, born in captivity in 1930, lived to an impressive 79 years of age- the longest recorded lifespan for any bird. 4

7. They are are built to take full advantage of feeding opportunities

Carrion can often be rare and difficult to find, so condors have evolved to capitalise on any feeding opportunity they come across.

They are capable of going up to two weeks without eating, and upon finding a carcass they can gorge themselves on over 1.5kg of carrion in one go while still retaining the ability to fly.

Unlike the California condor and the smaller American vultures to which they are related, Andean condors are known to prey upon small rodents, birds and even rabbits.

Lacking the raptorial talons of other predatory birds, they kill their unfortunate prey by repeatedly pecking at it with their razor sharp beaks. 5

9. Their bald head helps them when feeding

This is an adaptation that helps them stay cleaner when putting their heads inside carrion and stops blood from matting and clogging up any feathers. 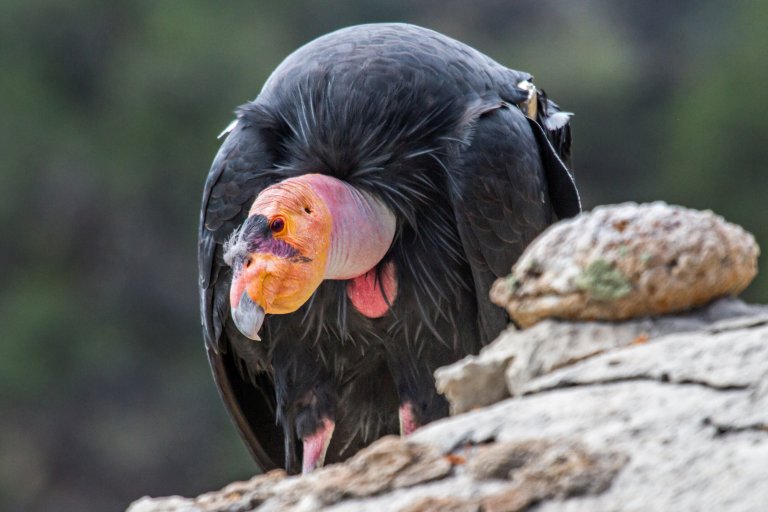 10. Condors have a monstrously powerful digestive system, but this makes them susceptible to an unexpected form of pollution

Condor stomach acids are extremely powerful, allowing them to digest small bones and ensuring that any harmful bacteria in their food are annihilated before they can do any damage.

However, this makes condors particularly prone to lead poisoning because, unlike other scavengers, their digestive system can actually break down bullets that are often left in carcasses killed by hunters. 6

Condors are adapted for long lives – they take many years to mature, pair for life and only produce a single chick each year.

This means that they struggle to adapt to any increases in their average mortality, and is a major contributing factor to their endangered status.

Secondary poisoning from eating contaminated food, along with direct persecution and poaching, are the main reasons behind the critically endangered status of the California condor.

At one point in time, the California condor was completely extinct in the wild – when their situation was looking particularly dire in 1987, the 22 remaining wild individuals were captured and placed into a breeding program.

There are now over 300 adult California condors in the wild, and intensive conservation efforts are ensuring that their numbers are steadily increasing. 7