The Coelacanth (pronounced SEEL-UH-CANTH) was once presumed extinct until one was discovered off the south Coast of Africa in 1938.

This was considered the most notable zoological discovery in the twentieth century. 1

This primitive fish was once believed to have gone extinct some 70 million years ago (that’s one long sleep in the deep), so this living relic (aptly named the ‘fossil fish’) is the comeback Queen of the century. 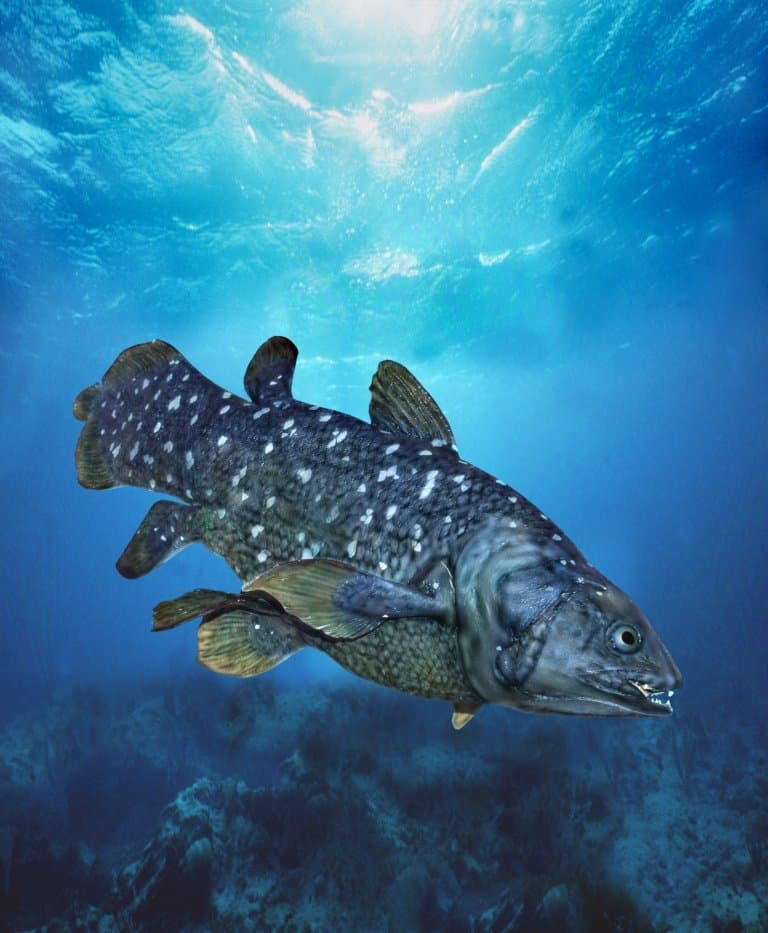 Their range is thought to be mainly East Africa and Indonesia where they live in deep sea caves.

The first caught species back in 1938 was the Latimeria chalumnae, which sparked a 15-year search for a second specimen of the same kind when one was finally spotted in the Indian Ocean.

A frightened fisherman found the second discovery of a new species (Latimeria menadoensis) in the northern end of Sulawesi. He said-

“It has phosphorescent green eyes and legs. If I had pulled it up during the night, I would have been afraid and thrown it back”.

This specimen spent its last few hours in a pool outside a restaurant before being frozen and given to scientists. 2

Read on to find out why this fascinating fossil fish is the coolest in the ocean.

1. This fossil fish was the pre-historic playmate of the dinosaurs

The Coelacanth was the fish that swam in the seas way back when the mighty t-rex roamed the earth.

These live entities are considered fossil fish as their form today is mainly identical to how they were millions of years ago. 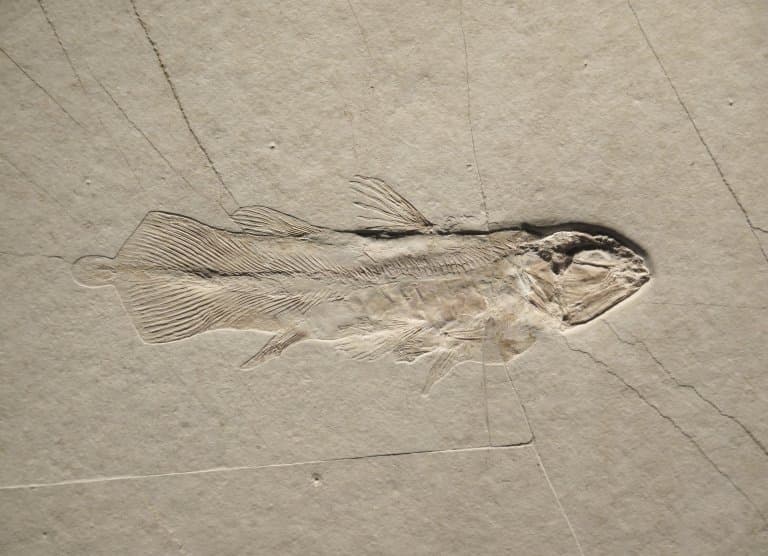 2. Coelacanths help us understand the evolution from sea to land

They have paired lobe fins that give off the impression they are doing a little trot, making them an exciting discovery to scientists in that they are very closely related to our cousin – the fish that walked out of the sea. 3

They provide a link with our evolutionary past, resembling lobe-fin fish that were one of the first to leave water, and take to land.

Their limb-like fins, which are internally supported by bone – is a feature not found in many other fish. They use them in a paddle-like fashion, as if they are walking through the water. It’s three lobe tail is found on no other living creature on earth!

3. They will most likely outlive your entire family – including your gran

Scientists have long been fascinated with the Coelacanth and its secrets to longevity as this fossil fish can live to be over 100 years old.

4. This is one HUGE fish

They can grow to the size of a human and more (up to 2 m in length), so if you’re very, very small and find yourself scuba diving, where they hang out.

You could make a delicious snack for one of these colossal beasts.

5. Coelacanth can unhinge their jaw

Coelacanths can casually unhinge their jaw to consume large prey.

They have an intracranial joint that acts as a hinge in their skull, making it easy to open wide and eat a tasty snack when swimming about their business down in the ocean’s dark depths.

6. Their brain is tiny compared to the cavity that houses it

The rest is filled with fat. Compared to the actual size of this fish, their brain is very tiny and considered the most miniature brain in contrast with other fish.

It’s not the size that matters as this fish evaded capture for millions of years.

Give that mama a break.

8. They are either seen as beautiful or ugly – depending on who you ask

They have a look about them that when first discovered, even the fisherman who caught the second species even considered his career choice and promptly questioned whether to send it back to the depths!

9. Coelacanth have a ‘spine’ that modern day yogis would die for

Instead of a backbone, Coelacanths have something called a Notochord.

This oil-filled tube replaces the vertebrae, keeping the fish buoyant and bendy. This fish is filled with oil which wouldn’t make them entirely palatable. 4

They have a swim bladder filled with oil and fat compared to most other fish filled with air.

This keeps them light and buoyant to laze around in their favourite cave hangouts some 700 meters below the ocean’s surface.

As they frequent the ocean’s depths, where it’s murky, dark, and a little scary, Coelacanths are virtually colourblind but can detect more light due to having extra optic rods than cones.

Seeing in very dim light is no problem for this fish. Just as well because it’s dark down there.

12. They’re somewhat shy, preferring to rest in a dark cave during the day

They venture out to feed at night, but rather than being a quick and sharp predator; they move with a lazy grace snacking on tasty fish and squid that happen to be nearby.

Preferring to dine local to where they live, Coelacanth doesn’t stray too far away from home. 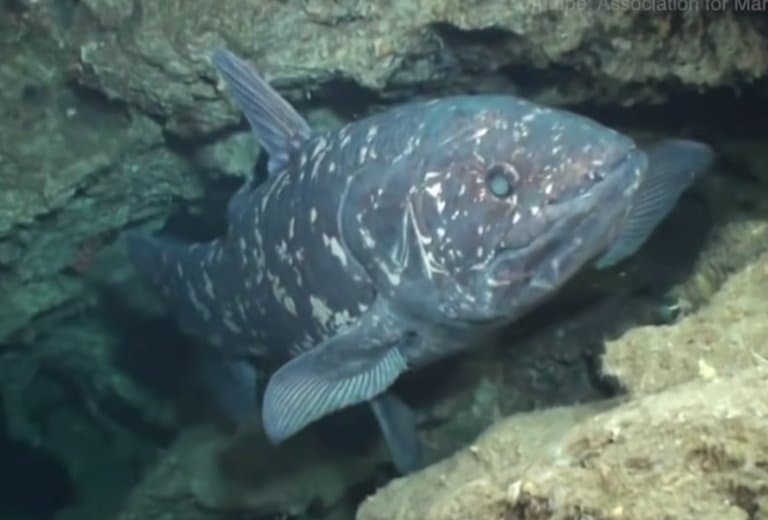 If you were wondering that a pre-historic fish may make a tasty meal alongside your fries – don’t.

Supposedly they make you sick because they are full of oil, fat and urea which can cause diarrhea. However, you won’t be dining on Coelacanth anytime soon because…

14. Coelacanth are an endangered species

They have outsmarted and avoided capture for millions of years (despite their tiny brain matter); however, not many of these fascinating and pre-historic creatures exist in the world today.

There are major concerns over climate change, as they don’t like warmer waters, and deep sea trawling where they are caught as a byproduct in fishing nets.