If you were to rummage around the undergrowth for long enough, grabbing at ground beetles, as you might, no matter where you are, at some point, you’re likely to get your fingers burned.

There are some small beetles that don’t tolerate such intrusive practices and will make it very clear.

A few will spray formic acid in your eyes, but most will settle for a scalding squirt of boiling liquid to remind you to keep your distance. They are the bombardier beetles. 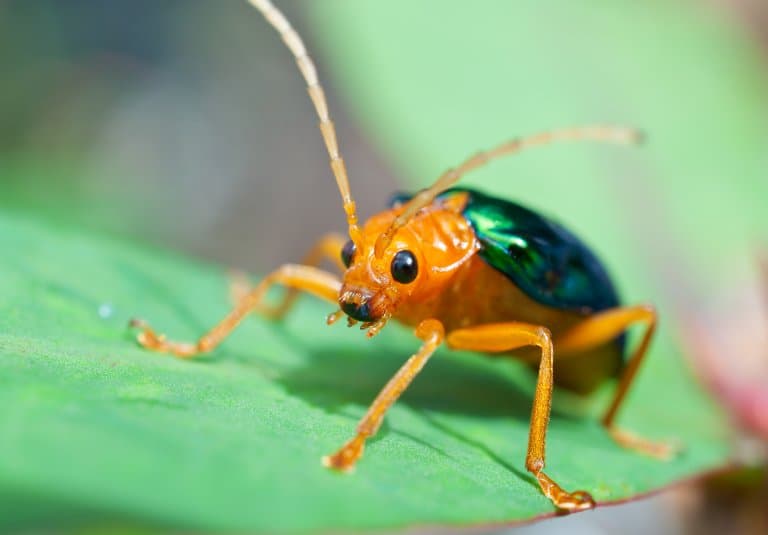 There are over 500 species of bombardier beetles in 4 different tribes, which inhabit moist woodlands, grasslands and leaf litter across the world, except Antarctica.

Bombardier beetles come in various shapes and sizes. They’re mostly very small, at around 2.5 cm (1 inch) long, but they have several ways to make up for it. Whether it’s hot liquid, stinky gas, or toxic foam, they all have chemical defences that make them notoriously hard to eat.

The mechanisms behind their defences have inspired discussions as curious as they are ill-informed, and have led to one of the few cases of mimicry of an arthropod by a vertebrate.

Bombardier beetles and their larvae are carnivorous and hunt at night both on the ground and in trees for other small insects, and insect larva to eat. They can fly, and their wings are kept behind their rigid shells.

They lay their eggs on rotting animal corpses and decaying plant matter. This means their own worm-like larva can utilize it for a food source as it molts and grows into adult form.

Bombardier beetles have not been thoroughly evaluated for their conservation status, but they are generally not considered vulnerable to extinction.

From the language that brought you “flapping shoe” (butterfly), “camel horse” (giraffe) and “iron pig” (porcupine)”, comes an equally comedic descriptor for a particular species of beetle found in Africa.

The Afrikaans for this animal is the “oogpister”, which refers to its ability to spray formic acid (not urine) into the eyes of its predators, up to 30cm away.

Due to the chemical makeup of its defence, this is an unusual example of a bombardier, but there’s no doubt about the accuracy of the oogpister moniker. 1

There are hundreds of species of bombardier beetle, and each has this ability to some degree. Some secrete a mist or foam, others have a targeting nozzle to aim and shoot high-pressure steam at the enemy.

In the majority of bombardiers (e.g., not in the oogpister genus), what comes out of them is a compound known as benzoquinone, a noxious product of a reaction between two very common chemicals often found in arthropods. However, none have quite the spectacular specialisation that makes these beetles immune to almost every predator.

This incredible defence has given the beetle its name and puzzled researchers in a number of ways.

First of all, it’s really, really, hot. The liquid released is somewhere around 100ºC, the boiling point of water, and enough to kill many insects.

So, how do they hold onto or release it without taking damage? 2

Until recently, the mechanism wasn’t well understood. This has led to several religious discussions, as we’re about to find out. But by 2015, it was discovered that the expulsion is driven by an internal combustion explosion, triggered by the mixing of two precursor chemicals inside the beetle’s body.

When mixed at the very instant they’re needed, they rapidly react, exploding out of the back end of the beetle. It’s the pressure of this explosion that drives the long-range jet of the spray.

The rate of this spray is controlled internally by a muscular valve between the two chambers housing the precursors. 3 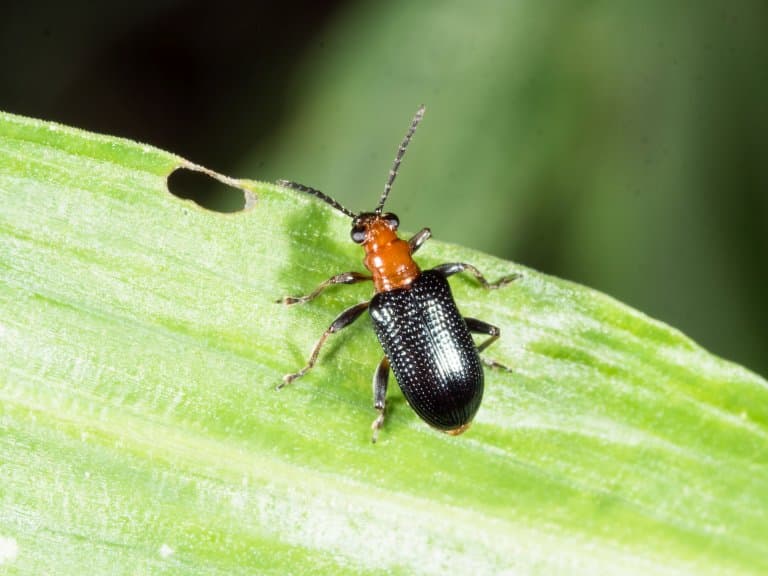 Incredibly a study found that bombardier beetles have a surprisingly high survival rate when swallowed by frogs – 43% vomited them out. 4

5. Charles Darwin was on the receiving end of their chemical defence

This was deployed by another ground beetle that’s closely related to bombardier beetles. He detailed the encounter in a letter penned to naturalist Leonard Jenyns in 1846.

“Under a piece of bark I found two Carabi (I forget which) and caught one in each hand, when lo and behold I saw a sacred Panagaeus cruxmajor; I could not bear to give up either of my Carabi, and to lose Panagaeus was out of the question, so that in despair I gently seized one of the Carabi between my teeth, when to my unspeakable disgust and pain the little inconsiderate beast squirted his acid down my throat…”

6. They’re (not) definitive proof of a Creator

When a person can’t find their car keys or the TV remote, it’s very seldom attributed to divine intervention.

However, when the same person sees bewildering complexity in nature, it can be tempting to forget the very same factors of human ignorance and error, and jump straight into “God did it”.

Since the human eye can indeed be described succinctly and with ease as a by-product of Darwinian evolution, creationists have learned to look for their evidence elsewhere. For some, the bombardier beetle is the holy grail.

The argument goes that the system of spraying these dangerous formulations is so perfectly intricate that it could not have formed sequentially; that it must have originated from nothing, and that it’s an example of irreducible complexity, concrete evidence that it can only have been created, and not evolved.

Duane Gish, a biochemist who believed the Earth was 6,000 years old, claimed that:

“How are you going to explain that step-by-step by evolution by natural selection? It cannot be done!”

Ignoring the necessary conceit of thinking that something which cannot be understood by humans can only be divine, this argument falls flat on several points.

Firstly, Gish demonstrated a number of misunderstandings around how the system actually works chemically and physically and demonstrated intellectual dishonesty by perpetuating these false claims even after having been corrected.

We don’t know the answer to precisely how, but it isn’t hard to imagine a sequential development of the bombardier’s defence mechanism using examples from its relatives in the animal kingdom.

Talk Origins proposes a well-sourced hypothetical that goes something like this:

All of the chemicals involved in these reactions are commonly seen in other animals and plants.

There are countless ways in which this evolution might have happened, but the point remains that this is a system that can very well be explained by incremental evolution. 5 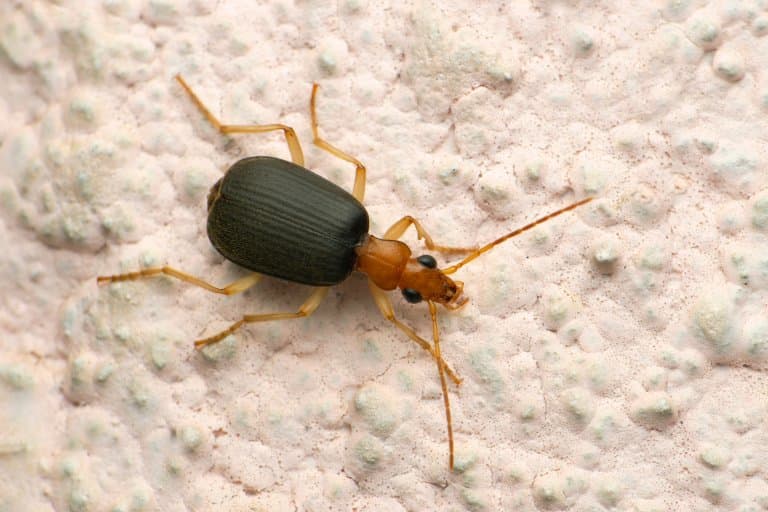 8. A sincere form of flattery

The bombardier beetle, however, has at least one fan. The bushveld lizard, found in Southern Africa, not only has similar colouration to the Oogpister beetle but mimics its walk too!

This is down to the sheer effectiveness of the beetle’s deterrents, the creation of which was apparently so expensive that the lizard has to settle for merely pretending to have them.