There are a lot of skinks in the world. In fact, it’s the largest family of lizards, and skinks of various kinds inhabit most of the world’s continents.

One genus of this skink family is particularly large and has immensely powerful jaws. Inside that mouth, there’s a vivid blue tongue, leading to the imaginative name ‘blue-tongued skink’. 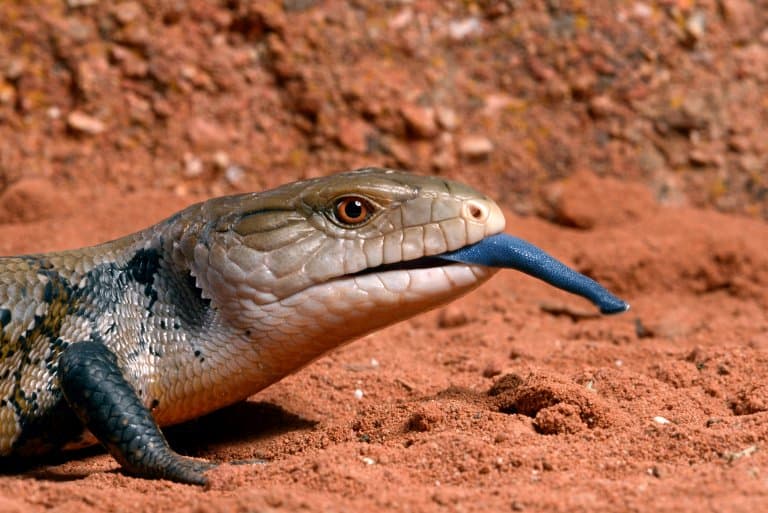 Blue-tongued skinks, or ‘blueys’ are some of the largest skinks around. These are diurnal, or daytime, skinks and typically sneak up on their prey, crushing it with their powerful jaws.

These are stocky, heavy lizards and aren’t particularly agile, so ambushing prey works best for them. Blue-tongued skinks like to diet on a variety of insects, gastropods, flowers, fruits and berries.

They make decent pets, as they’re low maintenance, and relatively docile. As such they can be handled (with care) and can make a very attractive addition to a well-planned vivarium.

1. Their Tongues are multi-purpose

Let’s get the tongue out of the way first. Such a vivid attribute has to come with a purpose, and with the blueys, this tongue licks a lot of boxes.

The first thing to note is that in nature, not everything looks the same to everyone. Birds, reptiles and many invertebrates can see frequencies of light invisible to us, such as UV. The tongue of a bluey reflects UV, and therefore likely looks even more bright and shocking to these animals than it does to us. This makes it good as a warning signal, potentially defending the lizard from predators or other skink competitors.

This brightness also allows the tongue to function as a long-distance communication between other lizards of the same family, as it’s so easy to spot from afar, which can provide territorial or mating benefits to the skink with the brightest tongue.

So, an animal that is predominantly camouflaged has the opportunity to suddenly present a glowing and distasteful-looking tongue to an enemy at short notice. It’s a great way to make use of both defence strategies. 1 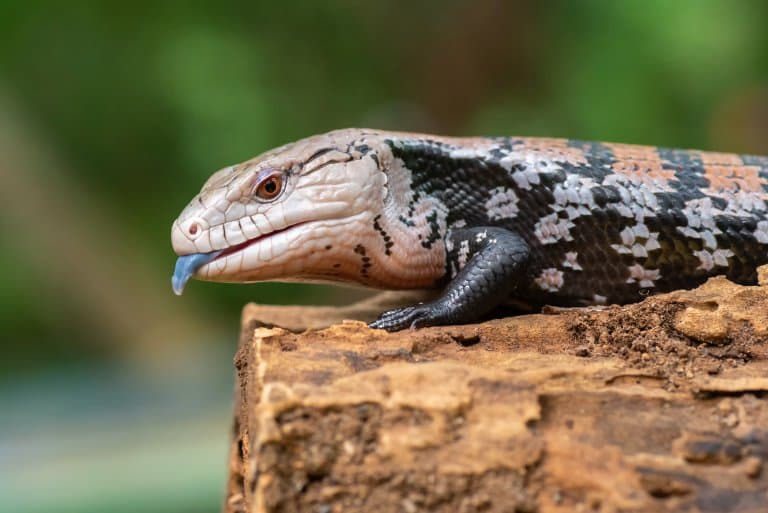 2. Some species do well in the suburbs

Blueys have been tracked with radio transmitters around gardens in Sydney, Australia. The findings showed that once they’ve found a garden they like, they spend about 70% of their time there, returning to safe spaces at night.

With all the snails and garden pests around, they make a valuable contribution to a vegetable patch, as long as the crops aren’t on the lizard’s menu.

3. They know to avoid traffic

While in these developed spaces, they’ve been documented avoiding roads.

This shows they are aware of a certain danger and go out of their way to mitigate it. This is another way they are able to thrive in such urban environments. 2 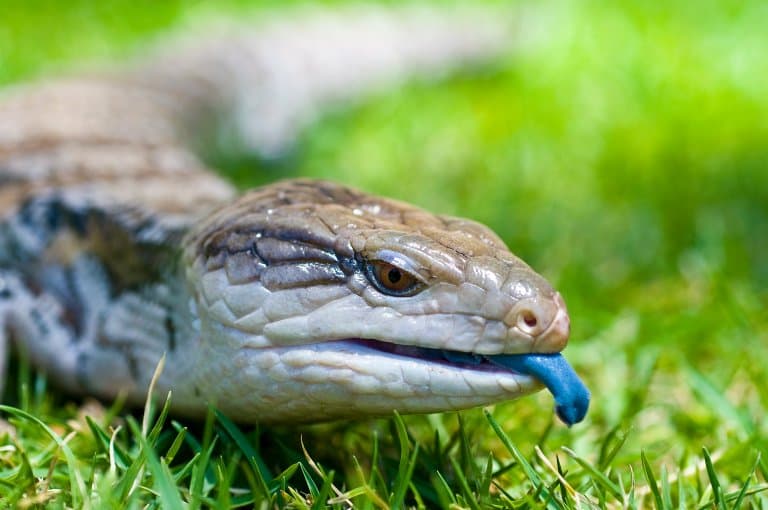 Partnerships between blueys last between about 10 and 43 days a year, and most males observed were classified as monogamous.

5. They avoid inbreeding, but we don’t know how

Inbreeding in dense populations is a common issue, as bad genes can be combined to make unhealthy offspring. Many animals avoid this one way or another, and the blue-tongued skink is no exception. The interesting thing, however, is that we don’t know exactly how they do it.

We know that they recognise relatedness in one another, as they are able to pick mates with the most distant genetic similarities, but how they can tell remains a mystery. 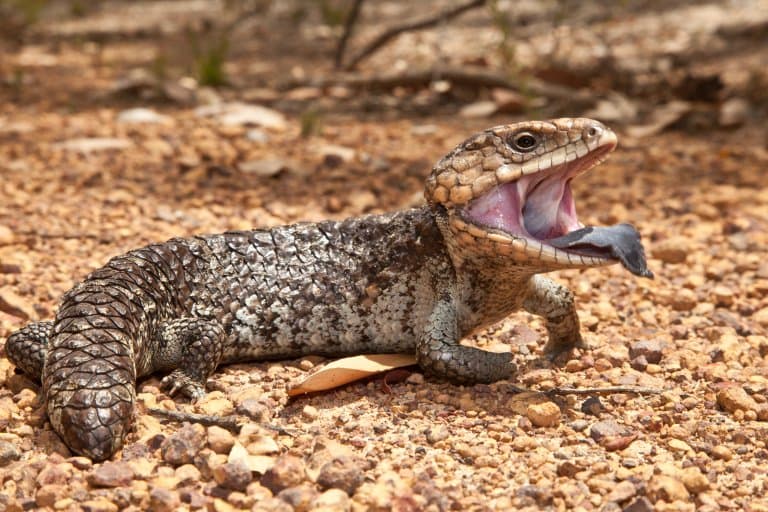 6. They live inside spider burrows

Blueys love burrows. Generally, deep, vertical and as tight as they can fit into. These are their safe spaces and with a diversity of lizard shapes and sizes, a diversity of spider burrows to fit them becomes a necessity.

As such, they displace wolf spiders and tarantulas and other burrowing spiders in their area to make space for themselves.

These burrows can be few and far-between, in which case they’ve been spotted sharing the space with other members of the species. This is quite unusual for lizards, who typically don’t like one another very often. 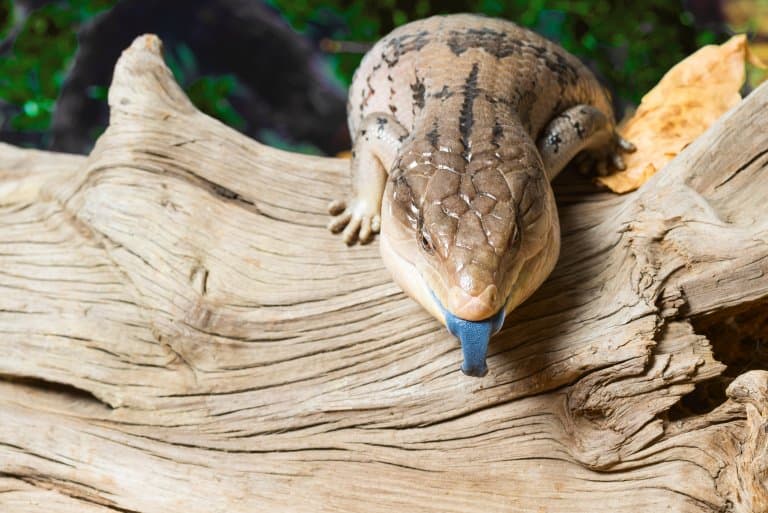 8. They’re at war with ticks

Larger lizards, occupying the most resource-rich area are also the ones most heavily burdened by tick infestations. It seems that the life of a bluey is all about finding the balance between food and parasite prevalence, and sadly, too many ticks reduce the animal’s mobility and energy expenditure.

This natural balance is a great example of a limiting factor; an environmental pressure to keep an animal from overpopulating. In this case, while lizards could exploit more resources in theory, the effect of the ticks keeps them within a smaller niche and therefore promotes biodiversity by freeing up those extra resources for other organisms. 3

9. They commonly mistake fingers for food

When kept as pets, they’re easy to hand-feed. But when a bluey gets used to associating your hands with lunch, you might find that they become hard to handle.

Finger biting is very common in these situations, and although they’re not poisonous, they do have pretty incredible jaw strength and can latch on hard. 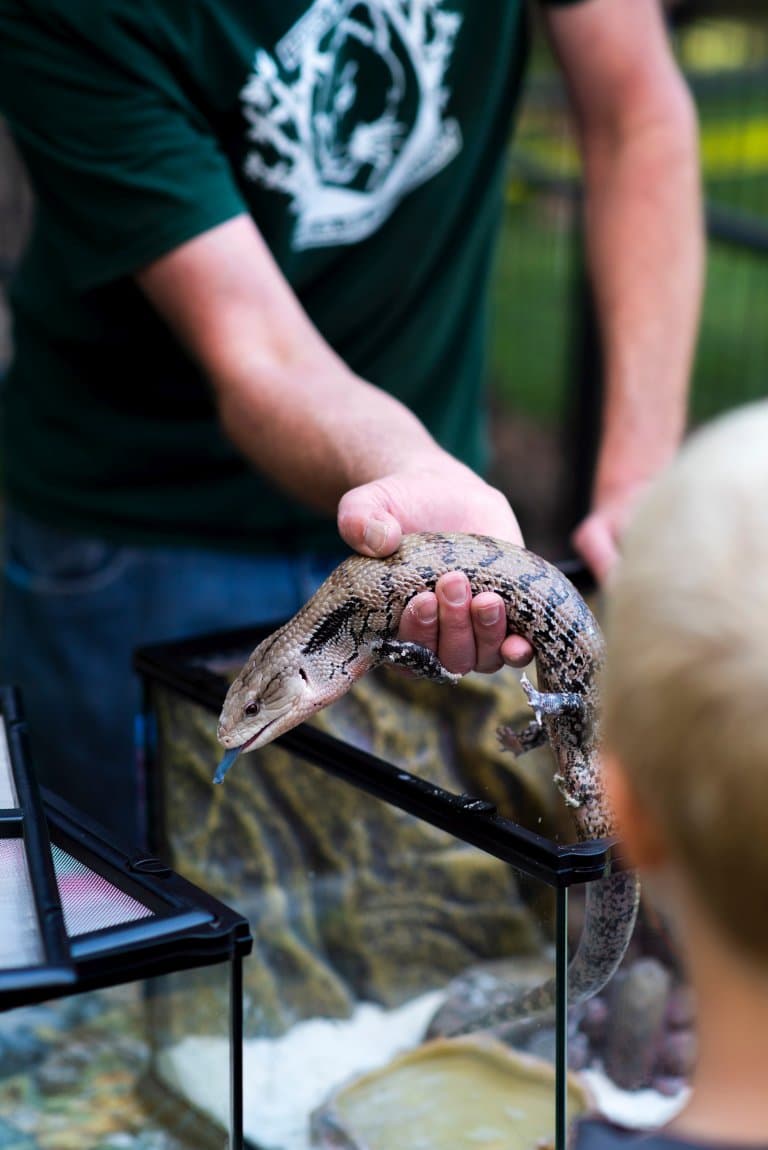 10. Conservationists can dig holes to help

Due to their preference for burrows, conservationists have discovered that by creating more burrows, they can improve the population of some of the more endangered species of blue tongued skink.

One of the smallest and most endangered species, the pygmy blue-tongued skink, has benefitted hugely from this cost-effective strategy, despite the burrows also encouraging one of their main predators – a very large centipede. It seems that the increase in centipedes is outweighed by the inprovements in lizard accommodation, which is great news for the species’ success! 4