Often described as Australia’s Easter Bunny, the bilby is a medium-sized burrowing marsupial with a long nose and a resplendent set of ears.

It’s a highly adaptable species that is able to survive in some of Australia’s harshest environments. 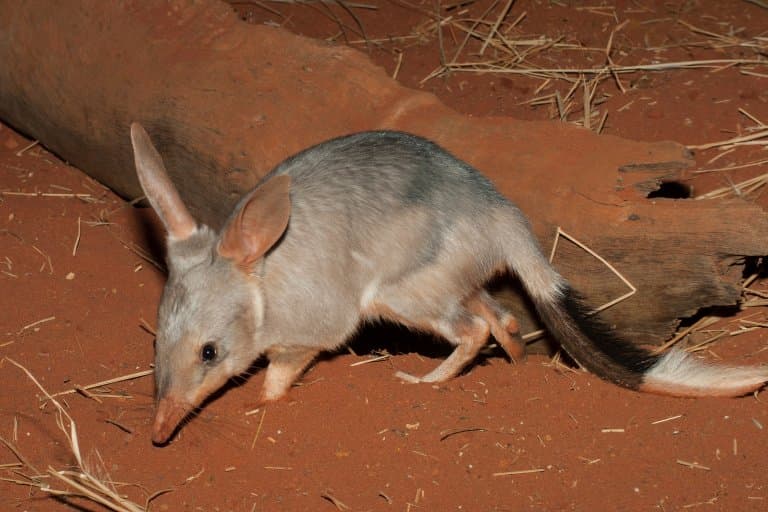 Bilbies belong to the order Peramelemorphia, which also includes the bandicoots (Peramelidae).

The family Thylacomyidae contains a single genus (Macrotis) which itself contains the greater and lesser bilbies. Only the greater bilby remains extant today.

Bilby are nocturnal and omnivorous and eat insects, larvae, seeds, bulbs and fruit. They are elusive and shy, and make burrows in the ground, and are often solitary, or live in small groups.

Before the arrival of European settlers to Australia in the 1700’s, bilbies inhabited around 70% of the continent. Since then their range has been severely reduced to around 10%, and they are now restricted to extremely arid regions where introduced predators mean they struggle to survive.

Their conservation status is classified as vulnerable by the IUCN, due to habitat loss from farming and urbanisation – and other animal species which have been introduced, where they are either in competition for food, or a direct threat for the bilby.

Bilbies are able to obtain all the water that they need from their diet, removing the need to search for water sources and providing a massive advantage in arid habitats.

In order to achieve this they have many water-saving adaptations, including radiator-like ears full of capillaries that cool their blood and eliminate the need for sweating. 1 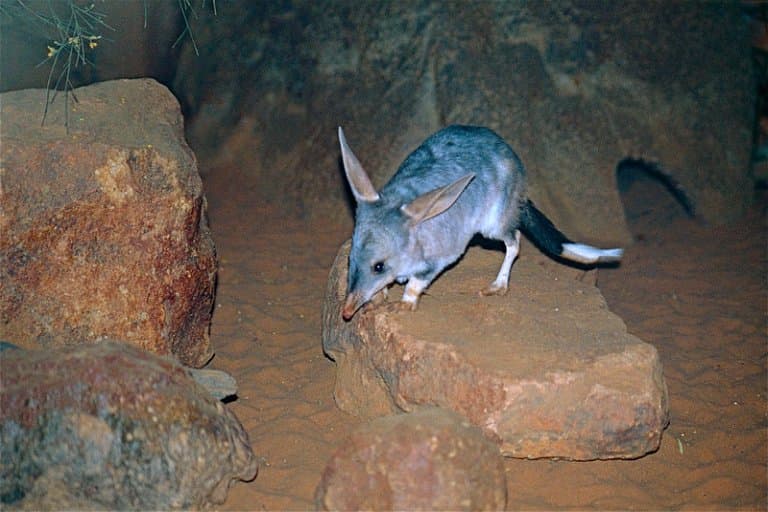 2. They have a backwards-facing pouch

Bilbies, like all marsupials, raise their young in a pouch. Bilbies, along with other burrowing marsupials, have special pouches that open backwards; this prevents them from filling with soil as the animals dig.

3. They are adapted to the dark

Bilbies are fully nocturnal, only emerging from their burrows after darkness has fallen. They have poor eyesight, and rely mostly on their highly sensitive hearing and acute noses to locate food.

Bilby burrows are a complex network of tunnels that reach as far as two metres below ground and have multiple exits to allow a swift getaway if the need arises.

They provide protection from predators, but they also create a remarkably stable climate that shelters the occupants from the extremes of heat and cold at the surface.

Each bilby within a population regularly moves between burrows dug by itself and others, and males tend to roam a lot further than females.

Areas with healthy bilby populations are peppered with active and disused burrows. 2

6. The presence of bilbies is beneficial to many other animals

Both active and abandoned bilby burrows provide a temporary refuge for many of the outback’s inhabitants.

At least twenty different species have been recorded using the burrows, and it is likely that many more also benefit from their existence. 3 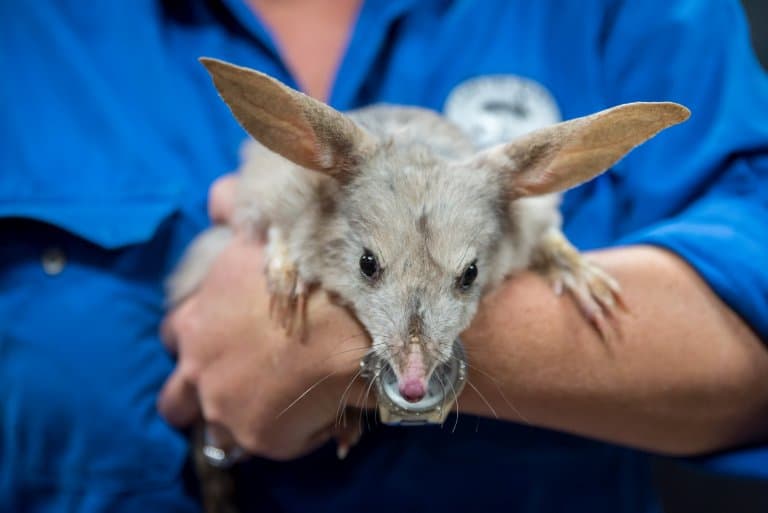 7. They are ecosystem engineers

Bilbies move a greater volume of soil than any other animal in their habitat, including introduced rabbits.

Their fossorial activity causes nutrients to accumulate in the soil, enabling a far greater diversity of plants to grow compared to areas which are devoid of bilbies. 4

Female bilbies get along well with each other and have been recorded occupying the same burrow. Males have no issues sharing burrows with females, but they have a strict hierarchy between themselves; dominant individuals chase off their rivals to ensure control over the most popular burrows. 5

Gestation takes only 12 to 14 days, one of the shortest gestation periods of any mammal.

Bilby joeys are born tiny and underdeveloped, and scramble into their mothers’ pouches immediately after birth. They remain there for around 80 days before emerging fully formed. 6

10. Fire is beneficial to bilbies

Bushfires have occurred naturally in the arid regions of Australia for millions of years, and the inhabitants of these habitats are well adapted to cope with and benefit from them.

Many Australian plants need fire for their seeds to germinate, and bilbies waste no time in feasting on the fresh shoots after such an event. 7

11. Introduced species are a severe threat to bilbies

Bilbies have evolved alongside predation from monitor lizards, eagles and snakes, but they are not adapted to cope with introduced red foxes, cats or dingoes, all of which find them to be an easy meal.

12. They have disappeared from 80% of their native range

The lesser bilby (Macrotis leucura) was driven to extinction in the 1950’s by introduced species, habitat loss and population fragmentation.

These same pressures have severely reduced the range of the greater bilby, and it is steadily declining in the wild despite serious conservation efforts.

Many native Australian mammals are easy targets for introduced predators because they have not evolved to see them as a threat.

However, a recent study has found evidence that wild greater bilbies are beginning to recognise and respond to the scent of introduced cats and foxes, providing a glimmer of hope for their future living alongside these introduced threats. 9