The barreleye (Macropinna microstoma) is a small deep-sea fish with a dome-shaped transparent head that contains glowing green eyes.

This family of fish has been found in the Bering Sea and off the coast of Baja California, but there have only been a handful of sightings. There is still much to learn about these fascinating organisms.

Named for the shape of its eyes, the barreleye’s eyes are contained within its see-through headpiece. 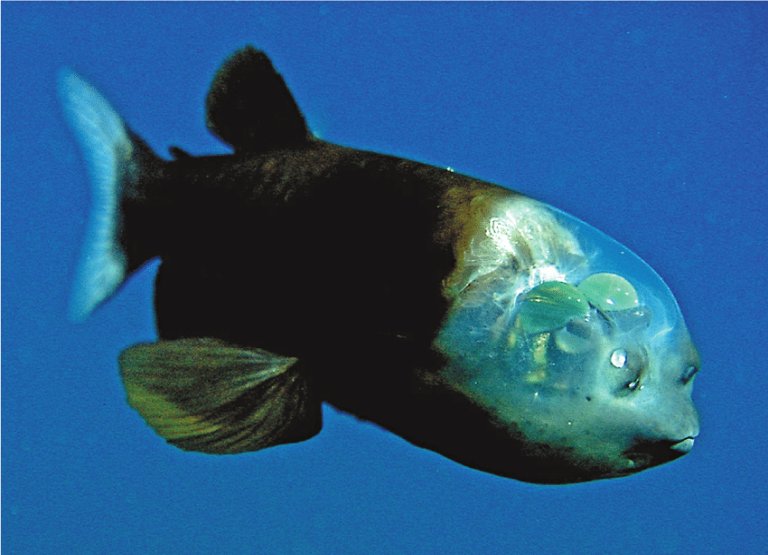 Barreleyes can refer to any fish in the family ‘Opisthoproctidae’, who all have barrel-shaped heads, with tubular eyes. There are 9 genera in the family and over 20 species.

During the small number of times these fish have been found, they are seen moving slowly through the dark waters—patrolling for signs of prey above them.

Living thousands of feet below the surface, little is known about their natural predators and their reproductive patterns.

Due to a lack of data and research, the IUCN has yet to classify them. Their absolute numbers are also unknown.

Even so, it is important to remember that our actions on the ocean surface can have lasting impacts on the deep sea and its animals.

1. They have transparent heads that are fluid-filled

Their alien-like heads are made up of a transparent shield and fluid that protects the fish’s eyes.

Through the transparent dome, you can see their eyes, brain and nerve endings in their head!

This shield is extremely fragile and has often been reported to be damaged in research when the animal is brought up from the deep. 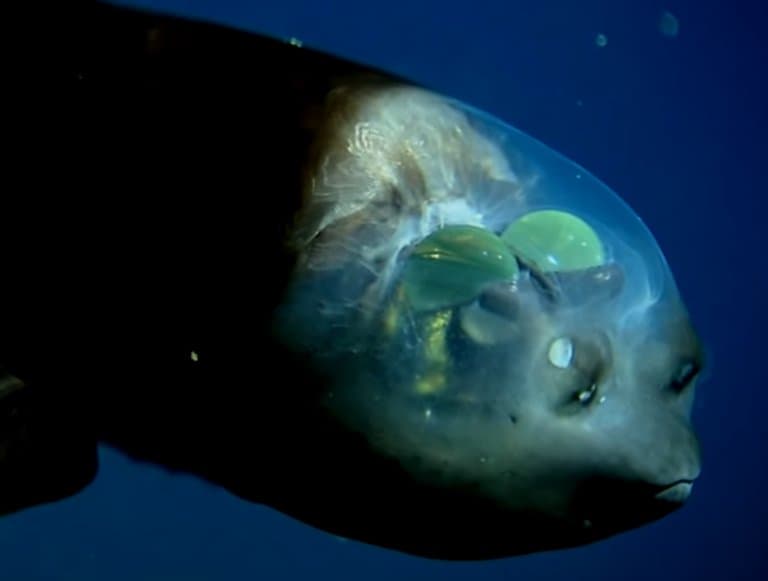 2. Their eyes can rotate

Two green glowing orbs can be seen within the transparent head.

Normally, these eyes point upwards to capture as much light as possible, but barreleyes are capable of rotating these eyes forward when searching for prey. 1

The two dark spots above the fish’s mouth were originally mistaken for eyes. They are actually olfactory organs that are the equivalent of nostrils. 2

4. The barreleye fish was recently discovered

The barreleye was first described in 1939. Due to it inhabiting such deep depths, it has been difficult for marine biologists to thoroughly study it since then.

5. They have very narrow mouths

Barreleye’s have small pointed mouths that have to be precisely directed towards its prey. This is one of the reasons why its eyes are capable of rotating forwards—so that it can plan coordinated strikes. 3

6. Their eyes are tubular

Many deep-sea animals possess tubular eyes that help them capture light. These types of eyes are generally located dorsally on the animal, are cylindrical, and have an accessory retina.

The green globes seen in barreleyes are large lenses that help to focus light onto their retinas which contain a high density of rod cells. 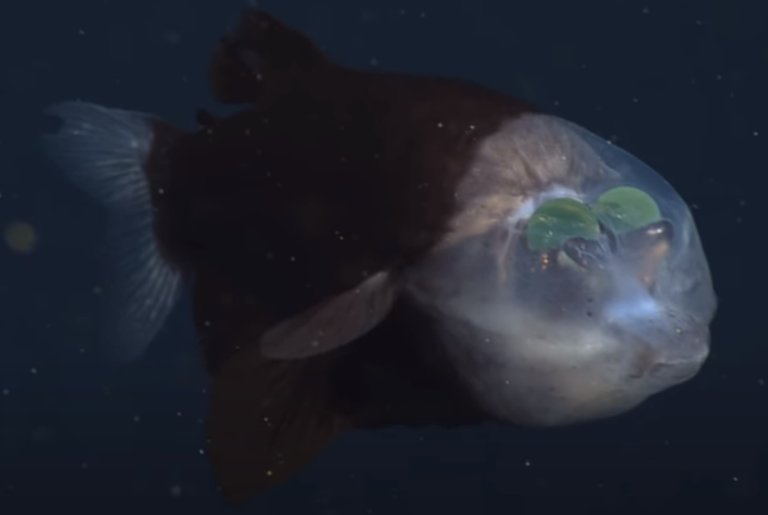 Their eyes do not possess and cone cells which are used for the perception of color.

Where they live, it is so dark that these fish are solely focused on recognizing brightness and differentiating light that is coming from above or from potential prey.

8. Their fins allow them to hover

Barreleye fins are large and flat which allow them to essentially remain motionless underwater. Using exact movements, these fins steer them around as the barreleye looks upwards.

At the deep-sea depths that barreleyes inhabit, siphonophores—a group of jellyfish—are also found. They can grow to over 10 metres long and catch prey in their stinging tentacles.

It has been suggested that barreleyes sneakily consume organisms that have been entangled within the arms of siphonophores. Their see-through shield protects their eyes from being damaged by any stinging appendages. 4

10. They live in the twilight zone

Barreleyes live in the ocean twilight zone—the layer of water that is 650 to 3300 feet below the surface. It surrounds our planet and is deep enough that it lies just beyond the reaches of sunlight. 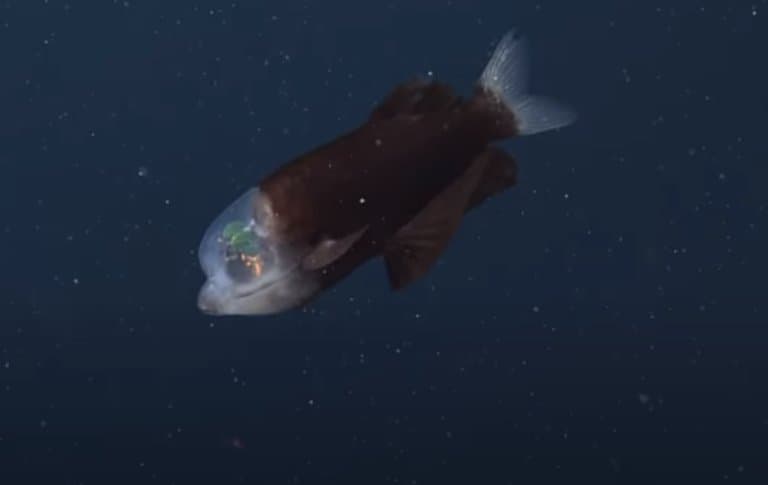 11. Their digestive systems are quite large

Based on preliminary findings, it has been found that barreleyes have lengthy digestive systems capable of breaking down various types of prey.

12. We know little about their reproduction

Barreleyes are believed to reproduce by pelagic spawning, a process in which eggs and sperm are released into the water. Following fertilization, the eggs are carried along by currents.

13. Barreleyes are extremely elusive and rare

These mysterious creatures are rarely sighted. In fact, in approximately 5600 dives, researchers with the Monterey Bay Aquarium have only spotted these fish nine times. 5 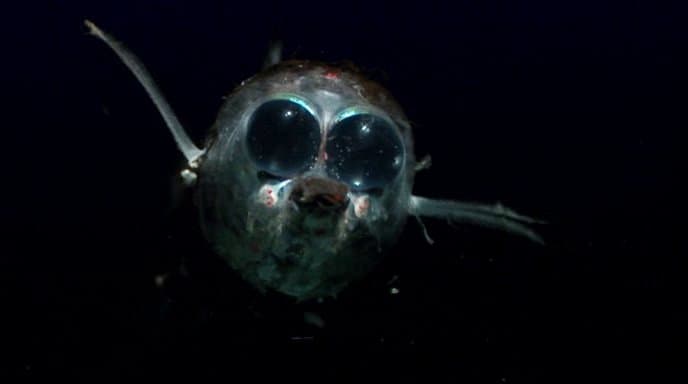